The reinsurance pricing cycle is close to bottoming out, according to Frank Majors, co-founder and principal of the world’s largest ILS fund manager Nephila Capital. 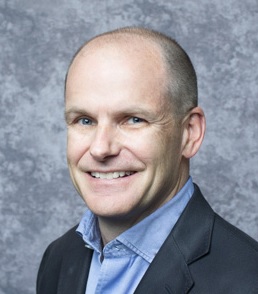 “What we’re seeing now is the end of a long secular trend that started probably 15 years ago, but we do think we’re near the bottom,” he told Artemis in a pre-Monte Carlo Reinsurance Rendezvous 2016 interview. “It feels like the pain is real and it doesn’t feel like it can go much lower in the cat space. We pulled back relatively significantly in the mid year and I don’t think we were alone.”

Survival in a protracted soft market is all about capital efficiency and getting closer to the original risk, thinks Majors. The working relationship between Nephila and specialist US-based fronting and program services insurers State National has been scaled up as the ILS manager seeks to grow its primary book of business in the catastrophe space.

“[The partnership with State National] can be a little bit misunderstood by people in the market,” he explains. “But to us cat risk is cat risk. Whether it is packaged in a retrocession product or a cat bond or a reinsurance product or an insurance policy to a consumer, it doesn’t really matter to us.”

“We just want the raw ingredient of catastrophe risk in the way that our investors get paid the most for taking that risk, and right now we think that’s in the insurance market, and we want the ability to access that market and that’s how we’re improving our product for investors right now. Certainly our goal isn’t disintermediation per se, it’s just trying to access cat risk in the best way possible. We happily pay for distribution as that is not a differentiating skill set of our firm.”

While disintermediation could be a source of disruption in the industry, Majors does not think this is the death knell for brokers. Instead, broker-arranged facilities could take the pen away from the underwriter.

“Everybody recognises there needs to be an improvement in the chain from capital to original risk and whether that’s a technological change or a capital innovation is to be determined,” he says. “Typically when people think about disintermediation they think about brokers, but underwriting facilitates like the Aon Lloyd’s facility – that’s a disintermediation of the underwriting function.”

“So it’s easy for underwriters to point to acquisition costs as a big hurdle, but underwriters need to underwrite more efficiently and bring their cost structures down as well,” he thinks. “We think the intermediaries are in a pretty good position – if people think disintermediation means that brokers are going to go away we are very sceptical of that.”

In order to achieve greater underwriting efficiencies, traditional reinsurers will be forced to reassess their business models, particularly if they want to attract more third-party capital.

“There are a lot of reinsurers who still treat ILS like a hobby and there are only a handful that have fully-developed businesses, and you’re seeing more and more companies develop those hobbies and you’ll see those turn into fully-blown businesses,” believes Majors. “And in order to do that they’ll probably need to return some of their equity capital, so they’ll have smaller balance sheets of their own and more external capital.”

“What that does is it imposes efficiency challenges, because what an ILS investor pays for those services is a lot less than traditional reinsurers are spending right now.”

Thanks to Frank Majors for his time, his insight on the market and into Nephila Capital.