The bottom is in sight: Kathleen Faries, Tokio Millennium Re

If RoEs in the reinsurance industry continue to decline investors will “at some point question putting their capital into this space… but luckily we’re not quite there yet”, according to Kathleen Faries, Head of Bermuda at Tokyo Millennium Re, the global reinsurance operations of Tokyo Marine & Nichido Fire Insurance Company. 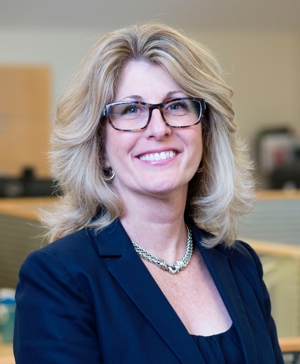 Nevertheless prices do need to stabilise soon, she thinks. “Everyone is hoping we’re nearing the bottom [of the cycle]. There’s only so many levers we can pull to continue to have underwriting discipline to be able to write the business and it is going to get tougher and tougher,” she told Artemis at the 2016 Monte Carlo Reinsurance Rendez-vous.

“We’ve seen soft markets before and it is a cycle and there will be a threshold when people say we can’t do any more reductions. I think we’re getting very close to that.”

While the reinsurance cycle has undoubtedly changed, but it’s not gone away, thinks Faries. “The big question is going to be what happens when we do have a large loss? That’s when we’re going to be able to tell what’s really happening.”

“Given the fact we have lots of capital waiting in the wings from the alternative side, as well as the fact we’ve got traditional reinsurers not utilising all their capital either, you could speculate that potentially we’re not going to see the obvious cycles we used to.”

One of the first movers in leveraging third-party capital, TMK launched special purpose insurance vehicle Norwood Re in addition to a new ILS unit named “Capital Solutions” in 2015. The unit has a remit to focus on developing new capital market products and leverage technology in order to better transact business with its panel of capital market partners and ILS players.

“We’ve been working with the capital markets since 2003 so we feel like we’re in a good position because we’ve got a long track record and we’ve got partners we’ve been dealing with for ten-plus years.”

“We took a very unique approach to it where we basically said, we think we can support our clients in a much bigger and broader way if we don’t have a fund but rather if we partner with asset managers that are very sophisticated and let them manage the capital,” she says. “Its a subtle thing but it allows us to scale in a much bigger way.”

“We’re not actually going out and raising capital – we’re letting the professionals that are in that space do that and we’re bringing to the table analytical expertise, a highly-rated fronting company and the ability to partner on the risk side – so we think it’s a very unique way to do it.”

“Third-party capital is not going to go away so everybody has to find a way that works for them,” she concludes.

The drop in cat bond issuance in the first half of 2016 is symptomatic of a soft market and a competitive retrocession market, according to Faries. In 2013 the Tokio Tensai private cat bond platform, in partnership with GC Securities, to lower barriers to entry for cedants seeking to access the capital markets by facilitating smaller cat bond transactions.

However, she thinks cat bond lite structures have yet to be fully tested. “Definitely its given more cedants access to securitisation without a doubt, but it’s yet to be seen how that’s all going to play out, because it is a different structure – it’s not as robust,” she says.