The insurance-linked securities (ILS) market is currently experiencing somewhat of a flight to simplicity, and with technology led risk transfer solutions set to drive greater standardisation, it’s expected that the capital markets will be able to participate more readily as a result. 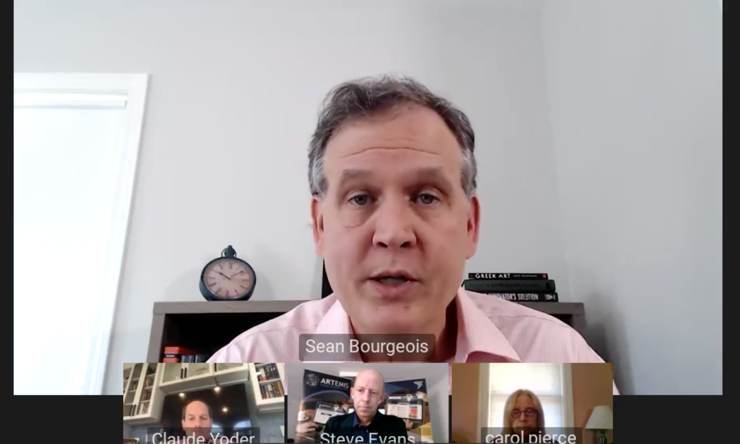 The trio of industry specialists emphasised that while progress is being made, the industry’s ability to leverage advanced technology and analytics for improvements remains in its infancy, suggesting there’s much more to come.

Later in the session, the topic of standardisation was raised and specifically, whether heightened standardisation as a result of tech-driven risk transfer solutions means that eventually, we get to a point where capital markets investors can participate more readily.

“Absolutely,” said Yoder. “I do think at times, if you unpack just the suite of terms and conditions that may exist across the superset of all different kinds of contracts, it would be quite a tome of information.

“But, I think again, when you unpack that and you say, which of these are truly meaningful? And, this is where the quantification sometimes is difficult. An hours clause, or things that are speaking to certain types of exclusions, can we do more to say, is it really worth all the time and energy to create language and contracts, and different things that address that particular issue? Or, can we agree that we start to strip out certain treatments so that it is more simple?

“And, if it is more simple, then it lends itself more to standards, to greater understanding, and you do see some movement in that direction,” he continued.

Adding, “But, that nexus of stuff has been one of the greatest things, I think, holding the industry back from greater and more quick innovation. Because, there’s always sort of an ok, ‘but that deal has the X, Y and Z clauses, or did you consider this’. And, sometimes it may be relevant, but it does start to stand in the way, I think, of simplification and standards and things that will really help us move forward and let technology do what it can do best.”

While standardisation, via the use of tech, could actually help to increase throughput, eventually, for the market, Tremor’s Bourgeois explained that people that call his firm questioning how to get involved with their marketplace and how to buy risk, are not necessarily focused on standardisation.

“They’re focused on: ‘Can you give me good diversification? And, can you give me, or someone give me, the distribution of losses that are expected? If you can give me those two things, sign me up, I’m ready’, said Bourgeois.

Bourgeois explained the sophistication of many players in the space and the distinct opportunity in making it easier for them to access capital, or allocate to risk, in its current as well as future perhaps more standardised forms.

Technology can do a lot for the reinsurance market in its current guise and suite of products, before even considering broader standardisation, he explained.

“So, the marketplace capabilities that that we’re building at Tremor, enable those folks to have a seat at the table. It’s early days for us to offer them the diversification they need. It’s our view that there’ll be wonderful models created, where that risk can be priced efficiently on behalf of those folks, with far fewer hoops and hurdles that folks have to come over to participate in the market.

“So, you kind of need that nexus, that market place hub to allow that type of capital to have a seat at the table. I don’t think there’s so much clamouring for, ‘we have to have this completely standardised and tradable, and we need a secondary market and so on and so forth’. Sure, that stuff will all come, we love that future too. But, there’s a lot that can be done before that, in our opinion,” he continued.

Pierce of KBRA, associate sponsor of Prospectus 2021, said that from her standpoint, one of the challenges is the non-standardisation of clauses.

“Because cyber, and other things that are priced out into the market that capital providers want a lot of, the contracts that are underlying those are very standardised, and reinsurance isn’t. And, that’s been the big stumbling block that we’ve had in trying to get some of this, in the case of trapped capital, some of it put back into the capital market so that capital can be managed again. So, that is something that I think has been difficult, getting capital and risk together,” explained Pierce.

Alluding to earlier comments on the distribution of risk, Pierce noted that again, that it all depends on what’s going into securing that distribution.

“We have a tendency to think of things that come out of technology as being the truth, when in fact, we really need to go back and look at how to develop that distribution,” she said.

Adding, “So, I think those are things that need to get further developed. And, I think that’s one of the big challenges for a lot of capital providers, is getting comfortable in an industry that has a lot of things that have developed over time, and our standards within the industry are not necessarily the same in the capital markets.”

To watch every session on-demand please visit the Prospectus 2021 website.

Thank you to our Prospectus 2021 sponsors:

Please contact us for more details on sponsorship opportunities at future events.