Global reinsurance giant Swiss Re has announced a change at the top, as its Chief Underwriting Officer Edi Schmid is departing the company, to be replaced by the current Life Capital leader Thierry Léger. 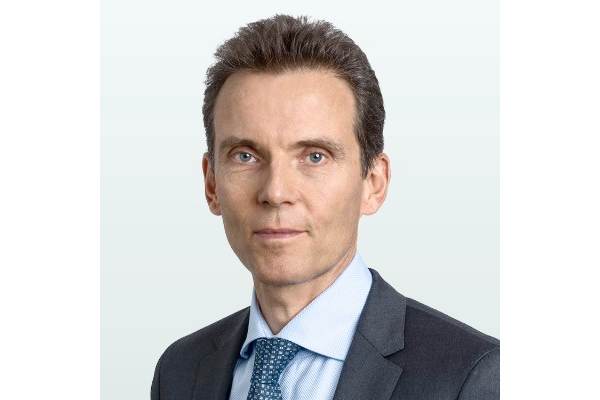 Schmid is leaving the CUO role and stepping down from Swiss Re’s Group Executive Committee for personal reasons and will take on an advisory role, the company said this morning.

Schmid has worked at Swiss Re since 1991, working his way up through roles including as Head Property & Specialty Reinsurance, Head Property & Casualty Risk and Actuarial Management, and Chief Risk Officer Corporate Solutions.

Since July 2017, Schmid has been Swiss Re’s Group Chief Underwriting Officer and member of the Group Executive Committee.

Swiss Re’s Chairman Walter B. Kielholz commented, “On behalf of the Board of Directors I would like to thank Edi Schmid for his dedication and an enormous contribution to Swiss Re over nearly three decades. We are grateful that he will continue to share his expertise and knowledge with the Group in an advisory capacity.

“We are also pleased that Thierry Léger has accepted this new challenge after achieving many milestones during his time at the Life Capital Business Unit. His expertise in underwriting, technology, data and innovative solutions will be a big asset in furthering the development of Swiss Re’s leading position in underwriting.”

Thierry Léger has led Swiss Re’s Life Capital unit since it was formed in January 2016, with responsibility for growing the firms closed life consolidator unit ReAssure, its elipsLife product and its technology based white-labeling iptiQ business.

Léger has worked at Swiss Re since 1997, having joined the reinsurance company as an engineering underwriter in P&C, then moved to join its Swiss Re New Markets unit in 2001, working on non-traditional solutions.

From 2003 to 2005 Léger was part of Swiss Re’s France executive team. Then, from 2006, he focused on Swiss Re’s largest clients, developing risk and capital solutions and becoming the Head of the Globals Division in 2010 and a member of the Group Management Board. In 2013, he took on the role of the Head of Life & Health Products Reinsurance.

Léger is free to take on the Swiss Re CUO role as the company has decided to disband its Life Capital unit, following the sale of its closed life focused ReAssure business to Phoenix Group.

When that sale completes later this year Swiss Re will close Life Capital for good, with elipsLife set to become part of Corporate Solutions at the end of September 2020, and iptiQ becoming a stand-alone division reporting to the Group CEO, effective January 1st 2021.

Partly this move reflects the disbursal of ReAssure, but it’s also likely due to the increasing focus on iptiQ, which is seen as a key driver of future risk premiums for Swiss Re.

iptiQ is a technology focused division that effectively white-labels Swiss Re’s balance-sheet and risk appetite, enabling others to sell insurance products that use Swiss Re capacity, business rules and pricing.

The white-label unit effectively shortens the reinsurance market chain for Swiss Re, connecting its product (underwriting expertise, pricing, business rules and capacity) with customers through a growing range of partnerships.

As a result, it’s no surprise to see the iptiQ unit destined for greater focus, as this is one way Swiss Re could rapidly expand, if the technology platform can take its capacity more directly to clients by leaning on other organisations customer relationships.

Swiss Re’s Group Chief Executive Officer Christian Mumenthaler commented on today’s news, “The changes announced today will position Swiss Re well for the next chapter of the Group’s strategic development. Having grown dynamically over the past years, iptiQ is on track to becoming a leading player in its field. And being part of Corporate Solutions will open further growth opportunities for elipsLife. In underwriting, we will continue to evolve our capabilities through cutting-edge research, access to more and better data and advanced analytics.”