Global reinsurance firm Swiss Re said today that it is “excited” to promote the development of an insurance-linked securities (ILS) and catastrophe bond market in Asia, with the completion of the first cat bond it has facilitated in Singapore, the $100 million First Coast Re II Pte. Ltd. (Series 2019-1). 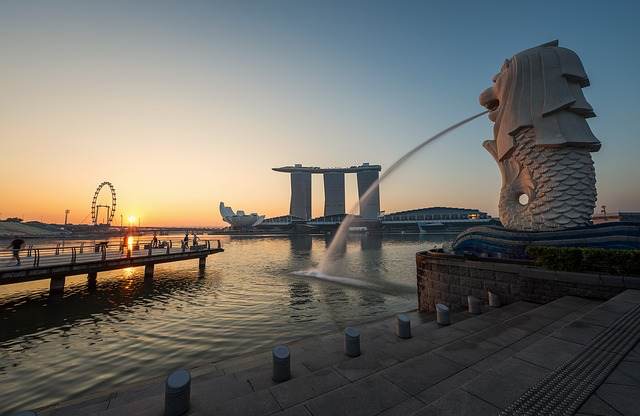 As we first revealed more than ten days ago, Florida based primary insurance company Security First became the first sponsor to benefit from a full Rule 144A catastrophe bond to be issued in Singapore.

The Security First Insurance Company sponsored catastrophe bond became the first 144A cat bond to be issued under the new ILS regulatory regime in Singapore, pipping another transaction, the Manatee Re III 2019-1 cat bond, to the post.

Swiss Re assisted Security First in getting this landmark deal to market, acting as a conduit for the reinsurance protection by fronting the risk as a transformer using its Swiss Reinsurance America Corporation entity, while also acting as the investment banking, bookrunning and structuring specialists through its Swiss Re Capital Markets team.

Commenting on the completion of the First Coast Re II Pte. cat bond, Jayne Plunkett, CEO Reinsurance Asia at Swiss Re commented, “Swiss Re is excited to actively contribute to the development of Singapore as a global financial hub and promote a vibrant insurance-linked securities market in the region. This cat bond also underscores Singapore’s capabilities in facilitating such a transaction.”

Jean-Louis Monnier, Global Co-Head of ILS at Swiss Re Capital Markets, added, “Swiss Re is pleased to support the ILS framework in Singapore and contribute to the knowledge transfer around ILS transactions in the region. We were delighted to work with the Monetary Authority of Singapore (MAS) and Security First to make the first Rule 144A issuance in Singapore a success.”

So, Swiss Reinsurance America Corporation played the role of transformer for the ceded risk, sitting between sponsor Security First Insurance Company and the capital market investors or ILS funds to facilitate the issuance process.

A single $100 million tranche of notes were issued by First Coast Re II Pte. Ltd., the special purpose reinsurance vehicle incorporated in Singapore.

The cat bond ultimately provides Security First with a $100 million source of reinsurance protection against Florida named storms and severe thunderstorms, on a per-occurrence basis and across a four-year term beginning June 1st 2019. The coverage has a cascading feature and uses an indemnity trigger.

Security First entered into a reinsurance agreement with Swiss Re America, which in turn ceded the risk through a retrocession agreement to the issuer First Coast Re II Pte.

The $100 million of notes issued were sold to cat bond investors and funds under Rule 144A of the U.S. Securities Act of 1933, making this the first full 144A issuance of a catastrophe bond in Singapore.

As we explained in our previous article revealing this transaction, the notes were priced within the initial guidance range.

You can read all about the First Coast Re II Pte. Ltd. (Series 2019-1) transaction and almost 600 other ILS transactions in the Artemis Deal Directory.