Christian Mumenthaler, the CEO of reinsurance giant Swiss Re, acknowledged an improving market across both insurance and reinsurance this morning, saying that he viewed the fact it was recovering as positive, which goes some way to explain the price improvements and continued premium growth the re/insurer is experiencing. 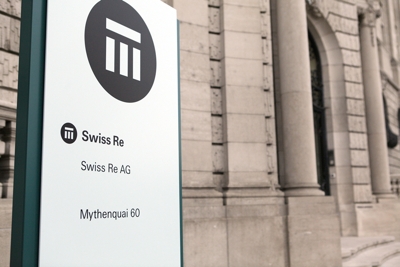 Swiss Re reported its first-half results this morning, revealing continued premium growth as the company takes advantages of better rates and gave further details on the price increases achieved.

Life & health premium growth led the way, but Swiss Re is also taking on more catastrophe and weather risk through P&C reinsurance premium growth as well, albeit at a slower rate in the second-quarter, as well as more significant premium growth in Corporate Solutions, as it looks to gain access to premiums from as close to the source as possible.

Commenting on the state of the market, CEO Mumenthaler said, “It is positive to see that the market environment is gradually recovering.

“We improved our profitability and underwriting performance, especially in P&C, and our solid results show the value of our diversified book of business. I’m also pleased that we were able to grow as a Group overall.”

“These developments are encouraging after experiencing a soft market for years,” the CEO Mumenthaler and Chairman Walter Kielholz told shareholders in a letter today.

Swiss Re is taking advantage of these market conditions to deploy its capital, resulting in group-wide gross premiums rising 8.0% to $19.6 billion, with the life and health businesses and tailored transactions the main drivers, but growth also seen across the enterprise.

Shareholders will be encouraged to see the growth being driven by the entire business across its units, especially so given the fact P&C reinsurance prices have not risen as much as the reinsurer would likely have wanted.

In terms of pricing, Swiss Re reported better rates achieved at the July renewals, with price quality improving by 2% and rate increases being largest across loss-affected property lines, while more moderate rate increases were seen in most other portfolios and regions, the reinsurer said.

Mumenthaler commented during the Swiss Re media call this morning, “The price trend is slightly up, obviously we would have preferred it to be up more.”

Geographically, much of Swiss Re’s growth is in the U.S., the rest of the America’s and Asia.

Looking ahead, Mumenthaler remains positive and the improved pricing and better market conditions, alongside business expansion, are all positioning Swiss Re’s global business for continued positive growth across the platform.

He commented, “These are exciting and transformative times for Swiss Re and the re/insurance industry in general. We see big opportunities ahead as risk pools around the world continue to grow alongside demographic changes. At the same time, we remain convinced that technology will fundamentally change the re/insurance value chain. Expanding our access to risk pools is key to our growth over the long term. We’re doing that by applying our risk knowledge, partnering with our clients and harnessing technology to develop solutions that help extend insurance coverage to more people.”

Swiss Re’s experience is aligned with other reinsurers and also the ILS market, in that the major growth was seen at the January renewals in P&C lines of business, while the mid-year renewals have revealed fewer opportunities for P&C growth at traditional re/insurers, but plenty of opportunity to grow in other business units.

It’s certain that the major global reinsurance players, like Swiss Re, will be doing their best to keep rates more stable from now, hoping for at least flat underwriting conditions in January 2019, although the company does acknowledge that market conditions remain difficult for it.

That does bode well for the ILS fund market, as the managers will be able to continue to deploy more capital at rates better than 48 months prior, which means ILS returns could appear more stable over the coming months ahead, a positive for the investor-base.