The big four European reinsurance firms are expected to report another solid and profitable quarter in the coming Q1 2016 results season, as the continued very low level of major losses helps to boost their profits and returns, according to analysts at J.P. Morgan. 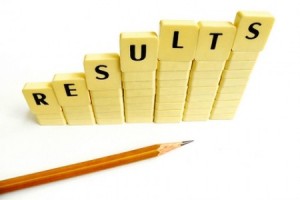 In fact Q1 2016 results are expected to be strong across the whole reinsurance sector, according to the analyst, suggesting that profitability will be the order of the day, due to the continued “very quiet period for major losses.”

However, a year-on-year comparison of the results will likely suggest a decline, according to the analysts, as continued pressure from pricing in the reinsurance markets filters through to impact the bottom line.

But with capital buffers a plenty, low losses, continues ability to boost results with reserves and growth in terms or premiums as underwriters look to casualty and specialty lines, overall the results are expected to be positive.

No large losses or natural catastrophe events that have occurred in Q1 2016 are expected to cause any major impact on reinsurers, with losses benign or attritional only. That is good news for insurance-linked investors, as it suggests that most if not all of the reinsurance sidecars will escape major losses for the quarter, while ILS funds will also only face largely attritional and minor impacts from events such as the UK flooding or Taiwan earthquake.

Investment returns remain an issue for the traditional reinsurers, although volatility seen during the first-quarter in equity markets is not expected to cause meaningful impacts, according to the analysts. And while solvency ratios may have been impacted, underwriting profits are expected to offset this.

With the catastrophe losses that did occur during the first-quarter of 2016 expected to largely be retained by primary insurers, the J.P. Morgan analysts suggest that some reinsurers could see their catastrophe losses close to zero.

There is perhaps a chance that attritional weather losses could be higher than expected for some, due to U.S. mid-west severe convective thunderstorms, hail and tornadoes, but even this will be a minimal impact overall.

Premium growth in non-life reinsurance is expected to slow down, as the continued softening of the market impacts the ability to generate premiums at acceptable returns. However life reinsurance units are expected to pick up some of the slack, according to the analysts, particularly for the big four European reinsurers.

So, the Q1 2016 reinsurance company results could be rather unexciting, it seems, so what to look out for?

Given the soft state of the market it will be interesting to watch for any growth in non-life premiums underwritten, any shift in premiums further into lines such as casualty and any growth in life reinsurance underwriting.

For the big reinsurers, it will also be interesting to see whether capital has been diverted into writing primary corporate risks. This is perhaps to be expected, for companies such as Swiss Re and Munich Re, both of which see opportunities and better pricing in their corporate risk underwriting divisions.

Reserves are always worth watching, given the softened state of the market. How sustainable are they, is profitability due to releases or simply augmented by them?

Expenses are also key, as reinsurers should largely be controlling them in a softened market. But we may see evidence of increases at some firms, driven by expansion and new initiatives in lines of business such as cyber risks.

Losses. While the reinsurance market’s loss experience is expected to be very low for Q1 2016, have any players suffered more greatly than others? Any sign of outsized losses might suggest lower discipline on underwriting, and perhaps even some surprises.

Profitable but how profitable? The big question continues to revolve around whether the reinsurance market reflects a new normal though. Reinsurers are expected to be profitable, although profits may not look so great when compared year-on-year and adjusted for normalised levels of losses.

So how will the market react when large losses do occur? Can rates bounce up to levels seen historically, or will alternative capital, interest from the capital markets and ILS investors pile in and maintain the softened levels of pricing? And what would this mean for reinsurers profits?

The longer the soft market persists, the more important these questions become. It’s already a given that some companies have been underwriting more aggressively than perhaps was advisable, with signs of growth into peak cat zones at some companies potentially a risky play.

The question of efficiency of capital remains. How long can reinsurers continue to underwrite as prices decline and at what point are they failing to make a return on their capital? And as that point approaches what will happen when major catastrophe events occur, who will face outsized losses and where will the surprises fall.

All eyes are already on the all-important mid-year reinsurance renewals, when rates are thought likely to decline a further -5% to -15% widely in reinsurance lines. At some point reinsurers have to begin to pull-back more meaningfully on some catastrophe zones, as returns on underwriting near cost-of-capital.

Will that happen in 2016? Or will reinsurers continue to wield their global diversification to maintain portfolios of regional risk that are perhaps largely unprofitable? In some cases that is probably already the case.