In an interview with Artemis, Bill Dubinsky, Managing Director and Head of Insurance-linked securities (ILS) at Willis Towers Watson Securities (WTWS), discussed the continued growth and expansion of the sector in light of a record-breaking issuance year and potential impacts of hurricane Harvey and hurricane Irma on the catastrophe bond market. 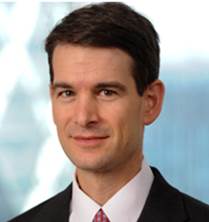 Despite the unprecedented levels of rainfall and widespread damage caused by hurricane Harvey, it seems the catastrophe bond market avoided any meaningful impact, but Dubinsky was eager to point out some lessons from the event for the market.

“It seems that the impact on the bond market was relatively minor, aside from some small and likely temporary mark-to-market losses. One observation is that we saw little panic selling of positions which has not always been true in the past. This is yet another sign of a maturing market where professional investors know what they are doing.

“Irma could change things considerably. At the time of writing, several days before a potential landfall, we still don’t know what will happen. It remains possible that it could be a 50-year or 100-year cat event for the insurance and reinsurance industry. First and foremost, it could have a devastating impact with injuries and loss of life, and preventing that is everyone’s focus at this point. Beyond that though all of the various hypotheses that market players have put forth will be put to test and the market will change, one way or the other, permanently thereafter based on which prove relatively more accurate.

“It is not our belief that cycles have disappeared altogether but rather that the presence of ILS capital will make the ensuing hard market less severe and more temporary than would have otherwise been the case. ILS collateral will also enhance market security and diminish the impact at least modestly of insurer and reinsurer impairments. That said, there will be real winners and losers not only among insurers and reinsurers but also among ILS players with some investors constrained in trading forward efficiently and others well positioned to support risk transfer needs.”

Much of the loss from hurricane Harvey is expected to be related to flood, and Artemis was keen to know if Dubinsky felt the impacts of Harvey would accelerate the entry of ILS into the flood risk arena.

“Both investors and reinsurers stand ready to take on more appropriately priced flood risk. The gap between economic and insured flood loss is disappointing, first for the affected people but also for the industry because it is so unnecessary. In the end, whether or not more U.S. flood risk makes it to the private market is as much a political question as anything, although perceived value to the insureds and fair value for risk transfer need to line up or private markets will not clear,” said Dubinsky.

Dubinsky continued to explain that as well as flood, and in light of the recently completed casualty ILS transaction, casualty risk is also an area the ILS market could move into a meaningful way.

“Casualty ILS remains an area with considerable growth potential. Making it more commoditized with massive growth may still require time, although we see strong interest both from investors and ceding companies in exploring this further,” said Dubinsky.

Catastrophe bond issuance broke records in the first-half of this year, driven by an unprecedented volume of issuance in the second-quarter, and Dubinsky explored the potential for the sector to maintain this type of growth through the remainder of 2017, and into next year.

“The exact distribution between cat bonds and other investments will vary over time with the pendulum swinging towards cat bonds at the moment. We think it is too early to call this more than a cyclical change. Even if the pendulum swings back, the overall market growth of nonlife ILS capital makes it likely that the underwritten and fully syndicated cat bond product will continue to remain relevant.”

Looking to the future of ILS, Dubinsky said; “The ILS space remains exciting with plentiful market rewards for value adding innovation. Collaboration among new groups of partners can bring new solutions. Our Willis Towers Watson Securities team sits at the center of our broader firm’s ILS efforts but we have the opportunity to collaborate with a diverse group of stakeholders internally as well as with external partners to deliver solutions. Our bench is much deeper than just us and Willis Re.”

← Older article NFIP or bust? The reinsurance layer certainly is, but once or twice?