Results of joint stress tests conducted by the UK’s Prudential Regulatory Authority (PRA) and the Bermuda Monetary Authority (BMA) show that collateralised sources of reinsurance capacity, largely from the insurance-linked securities (ILS) market, are key when it comes to protecting UK and Bermudian re/insurers.

The stress tests looked at a range of severe catastrophe loss scenarios and how they would affect the UK general insurance and Bermuda marketplaces, analysing how reinsurance would respond and what sources it would come from.

For a major catastrophe scenario of 3 major hurricane loss events, the UK’s general insurers would stand to benefit from ceding around 17% of the loss to reinsurance coming from collateralised sources, the PRA said.

Bermuda’s side of the stress test, in testing nine of its own large Bermuda commercial insurers (Class 4 and Class 3B) lays bare just how important ILS capital is to Bermuda’s reinsurance marketplace.

When stress testing how the Bermudian commercial insurers would respond to the same set of scenarios, it was found that the reliance on collateralised sources of reinsurance and ILS is far more significant.

But the figures also show that Bermuda is the home of much of this collateralised protection as well.

Some 34% of losses would be ceded to Bermuda-located collateralised sources of reinsurance for the 3 major hurricane scenario, 26% for the California earthquake event, 11% for the Japanese quake and tsunami event, and 17% for UK windstorm and flood.

In terms of the percentage of reinsurance recoveries made, a huge 44% of the recoveries under the 2 major hurricane scenario would come from collateralised structures providing reinsurance that are domiciled in Bermuda, 32% for the California quake event, 31% for the Japanese quake and tsunami scenario, and 33% for the UK windstorm and flood loss event.

The numbers drive home the key importance of the capital markets in reinsurance, both globally and for Bermuda itself. 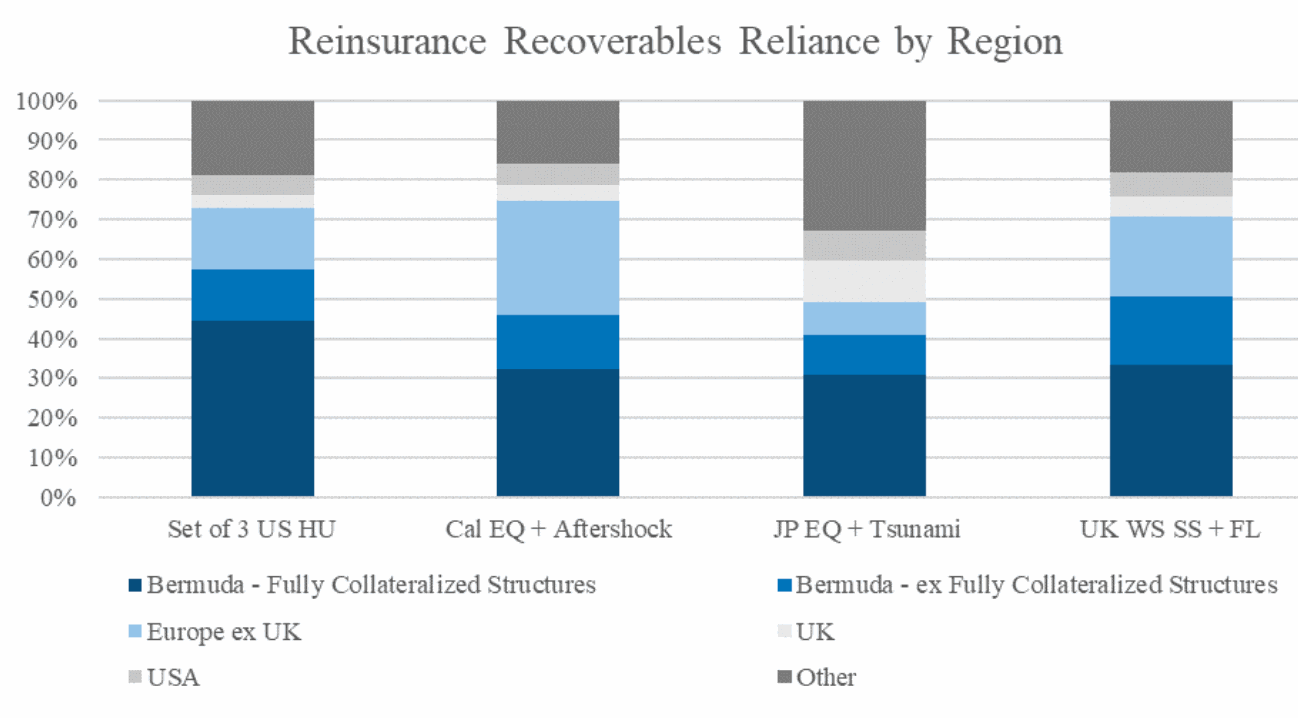 It’s not just key for Bermuda in paying claims under theses scenarios, it also shows the importance of the ILS business for the island as well, given how much of the losses would be paid from fully collateralised reinsurance structures.

Unfortunately the stress tests can’t look-through the collateralised capacity to identify where it actually comes from, in terms of the investor or fund manager sources, as a relatively significant proportion will have originated from ILS players and investors outside of Bermuda, further demonstrating the key role as capital markets conduit that the island plays in global reinsurance.

The BMA said, “The tested scenarios are severe but plausible, as shown by the gross loss amounts. While gross
incurred losses are material for the participating insurers, net losses are notably reduced due to a significant amount being ceded out.

“A substantial portion of the reinsurance recoveries is from the Bermuda market with the biggest contributor being fully collateralized structures funded by the capital markets and regulated under the BMA’s prudential regime.

“For the participating insurers, approximately one-third of the US stress losses are retained in Bermuda by ‘traditional’ insurance vehicles. The balance is ceded either overseas or to the capital markets.” 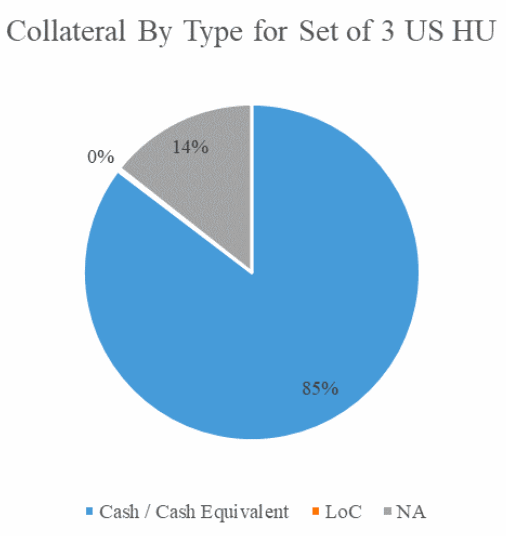 The stress test work undertaken by the BMA also helps to drive home the reinsurance security of ILS capacity sources, showing that the majority is held in cash and cash equivalents.

The BMA explains why this is important, saying, “The majority of the collateralized recoveries are backed by cash or cash equivalent types of assets, which highlights that market or liquidity risk is remote under these collateral arrangements.

They also show how important the ILS market is to Bermuda, with a significant proportion of the collateralised reinsurance capacity that would be triggered under the stress test scenarios stored in structures domiciled there.