Storm Herwart impacted Germany on Sunday, particularly the Hamburg area, with hurricane speed wind gusts, a storm surge and torrential rainfall all impacting the region, with the impacts estimated to have caused around EUR 250 million of losses to insurance interests. 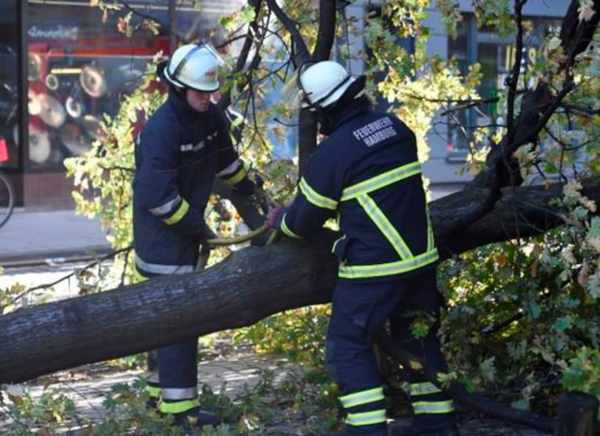 Storm Herwart is now the third storm of the year to have caused a loss to insurance and reinsurance interests of more than 100 million euros.

Herwart has been classed as a so-called “fast-runner”, as the storm moved rapidly across the region.

The storm caused impacts as it moved from Norway to South Eastern Europe, crossing the north and east of Germany on Sunday.

Storm Herwart is expected to be the most expensive extra-tropical storm to hit Germany in 2017, after Egon in January, Thomas in February and Xavier in early October, MSK said.

“Together with the Paul summer event in June, the damage burden of the insurance industry in Germany is already over 1 billion euros this year, and the winter storm season has just begun,” commented Siems.

However Siems notes that the majority of losses will fall to primary insurers, as for most the event will not be significant enough a loss to trigger their catastrophe reinsurance programs.

At least six people were killed by storm Herwart’s passage across Europe, after high winds from the storm front downed trees, power lines and damaged homes. Parts of Hamburg were inundated by storm surge flooding, as Herwart’s winds pushed onshore.

Despite this, the impact to reinsurance interests will likely be minimal, although certain aggregate structures could see deductible erosion if exposed, we would assume.

Catastrophe data and index provider PERILS AG has placed storm Herwart under investigation, to see whether it expects the industry loss to develop significantly enough to deserve reporting on. PERILS has a EUR 200 million threshold for European windstorm loss reporting.