Actuarial firm Meyerthole Siems Kohlruss (MSK) has estimated that last week’s European windstorm Friederike will cause an insurance and reinsurance industry-wide loss of around EUR 800 million in Germany alone, which could make Friederike one of the most expensive storms of this winter season.

Windstorm Friederike struck Ireland and the United Kingdom first on Wednesday with wind gusts reaching speeds of over 80 mph and damage reported. Storm Friederike then carried on across the north sea towards continental Europe where the impacts from the storm were seen as more severe, with the Netherlands and Germany appearing to take the brunt of the storm.

An early assessment from reinsurance broker Aon Benfield last week said that the industry should expect losses in the hundreds of millions of Euros from Friederike, but it looks like the total could pass one billion Euros, based on this estimate for losses in Germany.

Storm Friederike caused the deaths of at least six lives in Germany on January 18th as it crossed the country, with the top wind gust speeds recorded at over 200 km/h.

“Meteorologically, Friederike was something of a ‘slender Kyrill’,” Siems continued, adding that, “Compared to Kyrill, the storm field of Friederike was narrower and smaller and the storm moved faster.”

Once the insured losses from windstorm Friederike have been tallied across all the European countries it affected the total may be one of the largest seen in the winter 2017/18 extratropical storm season.

That could be a large enough loss to affect some reinsurance programs, perhaps even collateralised coverage, although any European windstorm cat bond coverage will be safe given the attachment levels of such bonds being designed to respond to more damaging storms.

The map below, from MSK, shows storm Friederike’s top wind speeds in Germany: 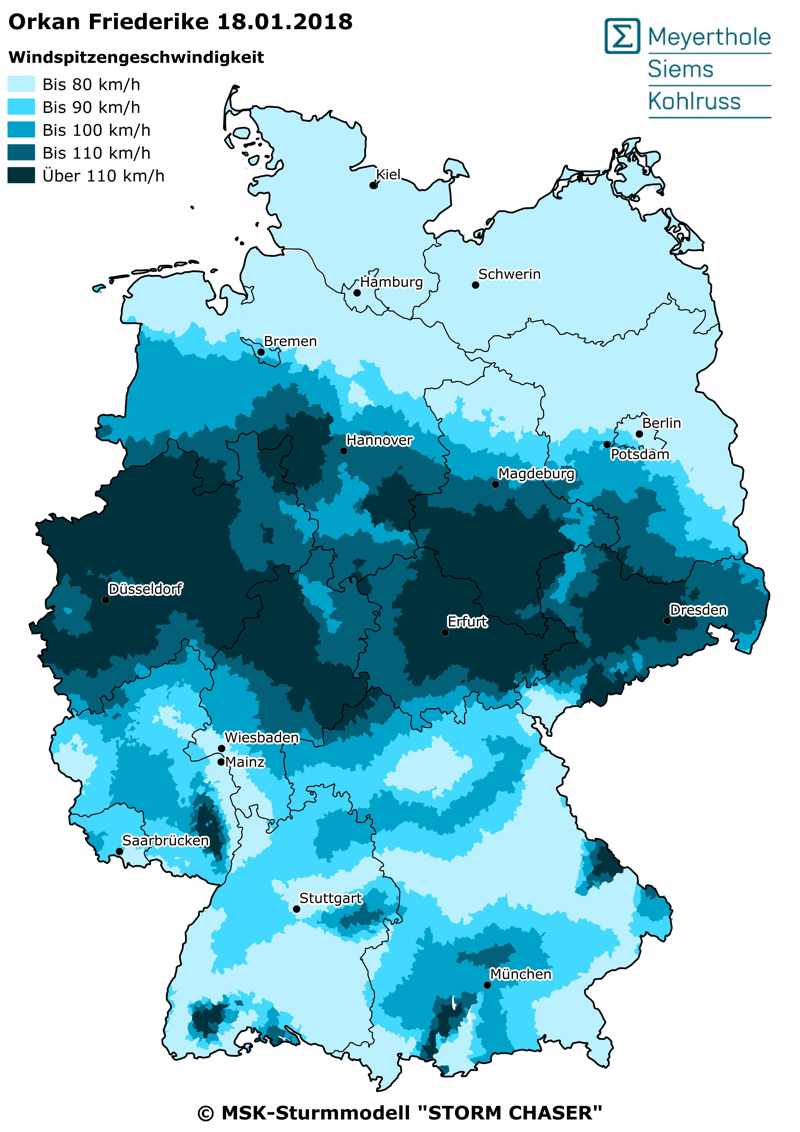