The initial estimate of insurance and reinsurance industry losses due to European windstorm Burglind, also known as Eleanor, has been put at EUR 643 million by catastrophe loss data aggregator PERILS AG. 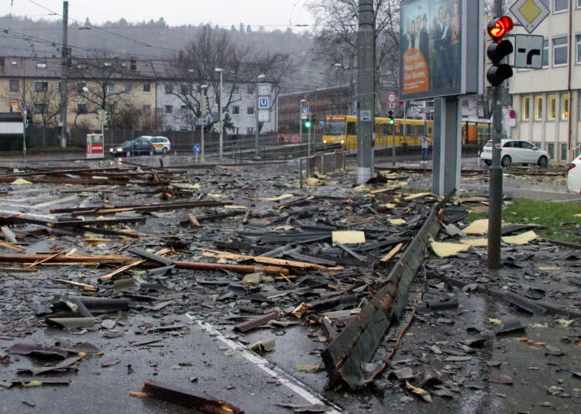 PERILS aggregates loss data from affected insurers and puts the initial industry tally at EUR 643 million. An update to this figure will be provided on 2nd April.

PERILS said that Burglind impacted a large area of Europe, but explained that the incurred industry losses for individual countries are not seen as unusual, except for in Switzerland where Burglind is estimated as the type of loss that is only expected to be reached once in around 13 years.

Burglind / Eleanor was a wide-reaching extratropical windstorm, hitting Ireland and the United Kingdom first with 100 mile per hour winds, with flooding and wind damage along its path. The storm then struck northern Europe, impacting Germany, France and the Benelux countries, as well as further afield including Switzerland, causing further damage with wind gusts still recorded at 90 miles per hour.

PERILS said that most of the insured losses occurred in France, Germany and Switzerland.

The impact to insurance and reinsurance interests looks a little lower than the modelled loss estimates had suggested.

A very early estimate suggested as much as EUR 500 million, then reinsurance broker Aon Benfield said the storm could cost more than $600 million. Finally, risk modeller AIR Worldwide said its modelled estimates suggested a loss in a range from EUR 1.1 billion and EUR 1.6 billion.