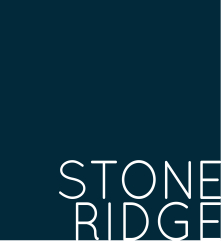 Stone Ridge looks to provide its investors with access to the returns of businesses (their profits and losses), rather than their linkages to the capital markets, in diversifying classes, and as a result investing in insurance-linked securities (ILS) and reinsurance has been one of its most successful areas of operation to-date.

However the ILS and reinsurance funds have been hit by losses after the heavy natural catastrophe toll of the last two years, with its flagship interval-style mutual ILS fund, the Stone Ridge Reinsurance Risk Premium Interval Fund even having shrunk slightly in the final quarter of its year to October 31st.

The Stone Ridge Reinsurance Risk Premium Interval Fund only managed a positive return of 0.1% for the twelve month period to October 31st 2018, as it took on losses from catastrophes that occurred during that period and dealt with ongoing loss creep from the prior year hurricanes as well.

To manage a positive return despite having broad exposure to every major loss event over the twelve months is seen as a positive and reflects the diversification within the strategy.

The Stone Ridge Reinsurance Risk Premium Interval Fund has shrunk though, likely more due to the impacts of losses than any redemptions which may have come later this year and after the reported period.

The fund had reached a new high of just under $6.07 billion of ILS and reinsurance assets at July 31st 2018, but this figure shrank to almost $5.98 billion by October 31st.

Stone Ridge’s other strategy, the Stone Ridge High Yield Reinsurance Risk Premium Fund which allocates more of its assets to catastrophe bonds, reported a much better return for the year of 7.41%, reflecting the fact the majority of the catastrophe losses during the period ate into the private collateralized reinsurance sidecars and quota shares, rather than the cat bonds Stone Ridge had invested in.

This fund also experienced growth during the period as well, having risen from $918 million of ILS assets under management at July 31st to now $932 million as of October 31st 2018.

Of course the returns do not include the impacts of the recent California wildfires, nor any loss creep recorded from prior events in November, as we’d seen with some other ILS strategies.

The reported results will also not include any redemptions that were made from the funds after the end of October. We had previously reported that applications for Stone Ridge’s latest quarterly share repurchase program for the ILS Interval fund had been oversubscribed.

But no matter how that shakes out, Stone Ridge itself remains convinced in the long-term value an allocation to ILS and reinsurance can provide to its investor clients.

Founder and CEO Ross Stevens explains that certain assets, like public equities, do not pass the “smell test” as it is too good to be true that they will continue to deliver excess returns and always recover when they do face declines. Hence he feels investors need to be careful in their equity allocations and look more broadly to augment portfolio returns.

Stevens goes into some detail about why this is the cases, in his annual letter to shareholders, highlighting the need for investors to create portfolios that include diversifying assets to help drive their investment returns.

But he sees the value in reinsurance linked investing still, saying that the reinsurance risk premium “passes the smell test.”

What Stone Ridge looks for in an asset class is something that provides, “materially positive risk premium, truly diversifying to each other and, critically, to stocks and bonds.”

Here, ILS and reinsurance fits well and despite the impacts of losses that almost drove the Interval fund to a negative return for the annual reporting period, Stevens is still positive in the ability of the strategy to deliver long-term value.

As a broadly diversified portfolio that almost indexes the reinsurance market, but is privately negotiated with reinsurers largely in quota share form, the Stone Ridge portfolio provides one of the best ways to gain exposure to the entire market.

But of course this will always come with losses as well and these cannot be avoided in periods like the last 18 months where the re/insurance market has faced roughly $200 billion of catastrophe impacts.

Stevens letter goes on to explain how asset classes like ILS and reinsurance need to be viewed as long-term allocations, saying that, “when you source priced risks, returns are reliably positive on average, but unpredictable over any particular interval.

“Getting the sign and magnitude of the risk premium right and then staying in the trade – patiently and at times uncomfortably – is, in our view, the right thing for long-term wealth creation and the only way to earn the average.”

Stevens also revealed that when the Stone Ridge Reinsurance Risk Premium Interval Fund faced its losses over the last year, he personally shouldered the largest losses in the strategy.

The average annual return for the Stone Ridge Reinsurance Risk Premium Interval Fund is just under 3% since its inception, which is much higher than the 0.56% annual average of the treasuries benchmark it uses.

That’s for the riskiest ILS strategy the manager runs.

The more cat bond focused Stone Ridge High Yield Reinsurance Risk Premium Fund has delivered an annual average return of around 5% since inception, which is roughly ten-times its benchmark.

When looking at ILS investing over the longer-term it certainly passes any smell test you may like to set it, based on the historical market data available for ILS so far.

Over the shorter-term, where severely negative years can be analysed in isolation, the important thing to ensure is that risks have been adequately priced and exposures well-diversified, in order to be able to break-even or deliver positive returns even if these are only tiny during that period and hope to recoup any losses over the longer-term horizon.