Early indications suggest that retrocession prices will increase significantly at the January 2022 renewal season, as rates need to get to levels that are commensurate with the risks assumed, according to Frank Reichelt, Head Northern, Central & Eastern Europe, Swiss Re. 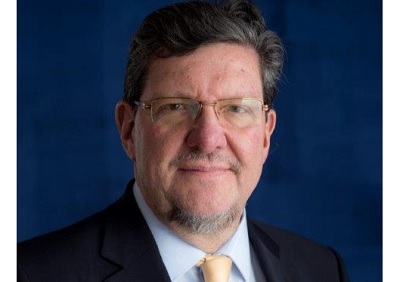 Speaking with Artemis and Reinsurance News around the Baden-Baden reinsurance event this year, Reichelt said that the industry has work to do in order to ensure its rates are commensurate with the risks it is assuming.

After the major flood losses in Germany and across Europe this year, Reichelt said that these were, “A reminder of scientific facts we have known for a while, facts we have been very outspoken about: The effects of climate change are manifesting in warmer temperatures, rising sea levels, more erratic rainfall patterns and greater weather extremes.”

But he believes the industry will stay on top of trends that drive losses higher, saying that Swiss Re expects to be able to continue deploying more capacity to catastrophe exposures.

“Swiss Re has determined the capacities for natural catastrophe risks depending on the price situation,” he explained. “We expect that prices will become adequate for the risks taken in the future and will then also expand our capacities.”

He added, “We expect the insurance and reinsurance industry to be on top of these developments and have loss picks that are commensurate with the trends triggered by climate and socioeconomic change.”

Given climate change is not a static problem the ability to model it alongside its influence on catastrophe perils is vital.

“Nowadays, climate change can be modelled, which is a prerequisite to assess the risk in insurance and reinsurance properly,” Reichelt said. Adding, “The re/insurance industry must listen to scientists and incorporate their findings in their risk assessment.”

While challenges currently exist for the industry in trying to keep its pricing commensurate with the risks it is assuming, Reichelt believes that reinsurers will be able to keep pace and so maintain availability of coverage for its clients.

But price rises are needed now to achieve that, with Reichelt expecting reinsurance and retrocession will both increase.

Pricing has been softened by capacity and so the industry has not accurately accounted for loss trends, Reichelt believes.

“The market has clearly been a buyer‘s market in recent years; there has simply been too much capacity in the market. Reinsurance prices, following the economic law of supply and demand, have therefore been constantly under strong pressure and have no longer reflected the actual risk situation properly.

“In addition, it needs to be recognised that while significant progress in modelling capabilities has been made in recent years, secondary perils have in the past not received the attention by large parts of the insurance industry they should have. Compared to the high quality of modelling for primary perils, there is room for improvement. Adequate risk pricing needs to take this into consideration,” he told us.

All of which means pricing to cover loss costs, cost-of-capital, expenses and to deliver a margin, as we’ve often explained in our writing.

Reichelt continued to say that in reinsurance, “For the upcoming renewals, we expect a return to risk-adjusted premiums.”

While on retrocession, given the heavy loss years and influence of trapped capital in that marketplace, price rises may be steeper still.

“First statements from the retro markets point to significant price increases, in some cases combined with limitations on the scope of cover,” Reichelt explained.