Should Fannie & Freddie transfer earthquake risk to the capital markets?

The two government-sponsored enterprises (GSE’s) in mortgage risk, Fannie Mae (the Federal National Mortgage Association) and Freddie Mac (the Federal Home Loan Mortgage Corporation), should be required to transfer some of the earthquake risk exposure they carry to the capital markets, according to a report. 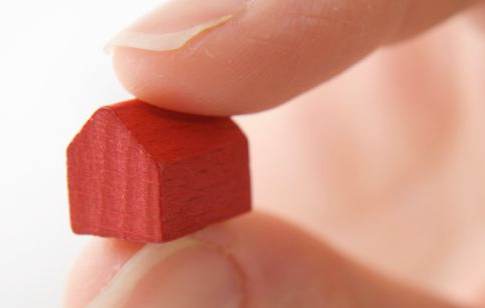 The report from nonprofit, nonpartisan, public policy research organisation the R Street Institute, calls for the two GSE’s to reduce the potential for a hit to a taxpayer, should a major earthquake strike.

The organisation highlights the significant lack of insurance coverage against earthquake property damage in the United States, noting that the issue is that earthquake insurance is not required to secure the collateral of mortgages owned or guaranteed by the GSE’s.

We’d also note that private bank mortgages are also not typically subject to a requirement to have earthquake insurance protection, a failing for the banking industry and a potentially catastrophic taxpayer hit if a major quake catastrophe occurred.

R Street has estimated the total value of uninsured earthquake exposure held by the two GSE’s as amounting to almost $205 billion.

They say that, in the event of a catastrophic earthquake event, Fannie Mae and Freddie Mac could leave homeowners with no protection for their mortgage loans, putting significant cost burden on government and taxpayers.

“Should a major earthquake strike in the United States—as is inevitable—Fannie Mae and Freddie Mac both would see the destruction of potentially billions of dollars in structures that serve as collateral for their mortgage portfolios and mortgage guarantees,” R Street explained.

R Street lays out the various options for the GSE’s, from utilising insurance and reinsurance markets, to looking to the capital markets and structures such as catastrophe bonds.

They highlight the National Flood Insurance Program’s (NFIP) use of the reinsurance market and more recently cat bonds as an example for how these government-sponsored mortgage entities could shift some of the exposure to earthquake that their portfolios contain.

Of course a $205 billion earthquake risk problem is significant, larger than the traditional reinsurance market alone could bear. Therefore any efforts to de-risk the GSE’s of their earthquake exposure would naturally require collaboration with the capital markets, making catastrophe bonds a viable solution.

R Street’s suggestion is a valuable one and in fact we’ve learned that the GSE’s are already investigating this type of risk transfer.

A source familiar with Freddie Mac in particular told us that the GSE is already exploring a range of innovative uses of risk transfer to help it transfer risks, including of catastrophes, away from taxpayers and to the capital markets.

At the moment, the GSE is working through potential options and evaluating their potential to be effective, as it’s not as simple as a one-size fits all approach to risk transfer and there are unique aspects to the GSE’s that need to be considered.

Interestingly, we’re also told that Freddie Mac has run simulations on the potential impact that major earthquakes could have and has concluded that any losses from an earthquake, or indeed other catastrophic event, would not be material to its business.

But it cannot be disputed that earthquake risk is a component of the risk the GSE’s carry, given the lack of insurance penetration in the United States for this peril.

As a result, encouraging the GSE’s to protect the earthquake risk they do carry, could also help to encourage uptake of property insurance that includes coverage for earthquakes.

As R Street rightly points out, “With another Northridge-size quake a near certainty over the next 30 years, and with the potential for losses that could top $300 billion, the time has come to take a hard look at all of the options.”

The fact that one of the GSE’s is already assessing this risk and looking at the potential requirement for risk transfer is positive.

The ILS fund and investment market would stand ready to support any efforts to transfer earthquake risk out of the GSE’s.

The wealth of capital looking to catastrophe risk related returns suggests that Fannie and Freddie would be well-received by the market, should they feel compelled to transfer some of their exposure.

So, if there’s any way that capital markets risk transfer could provide a beneficial and buffering layer of protection to the GSE’s, enabling them to better cope should a major earthquake catastrophe strike, then of course they should investigate and take advantage of the catastrophe bond market and appetite of ILS investors for that risk.

The R Street report can be accessed here.