Global natural catastrophes losses in the first-half of 2017 totalled an estimated $53 billion, with nearly half, almost $26 billion coming from the severe convective storm peril, which was also the costliest peril in terms of insured losses, according to reinsurance broker Aon Benfield. 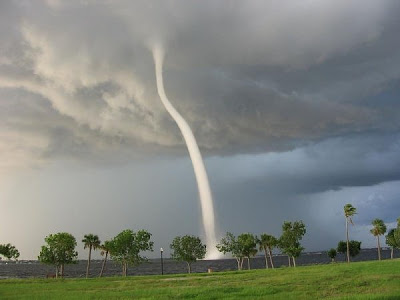 Aon Benfield had said previously that insurance and reinsurance industry losses from severe convective storms, thunderstorms, tornadoes, large hail and associated damaging winds in the U.S., by the end of H1 2017, would exceed $14 billion.

The broker’s Impact Forecasting unit has now released its Global Catastrophe Report for the first-half of 2017, which reveals insured losses from severe convective storms of more than $17 billion, making it the costliest peril in terms of insured losses, so far in 2017.

Of the $53 billion economic loss from natural catastrophe events in the first-half 2017, Aon Benfield reports that an estimated $22 billion was covered by insurance, meaning the severe convective storm peril accounted for almost 78% of the insured loss total.

Furthermore, the severe convective storm peril was also the costliest in terms of economic losses, at nearly $26 billion, accounting for 48% of the overall loss total for global catastrophe events in the first-half of this year.

As discussed previously at Artemis, severe convective storm losses are the main driver of deductible erosion on aggregate reinsurance and insurance-linked securities (ILS) arrangements, and as the first-half of 2017 shows, for certain reinsurance or ILS transactions the risk could be on the rise as aggregated losses increase.

Some ILS funds reported earlier this year that returns had been impacted by attritional losses as a result of hail and tornadoes, so any rise in insurance and reinsurance industry losses from the peril will further increase the threat to any exposed aggregate reinsurance arrangements that have ILS fund and collateralized market participation on them.

Almost 42% of total economic losses were covered by insurance in the opening six months of 2017, which is some way above the near and medium-term average of 32%, with Aon Benfield attributing this to much of the losses occurring in the U.S., which has higher levels of insurance penetration that other parts of the world, such as Asia and Latin America.

In fact, the report shows that the U.S. recorded 76% of global insurance and reinsurance industry losses in H1 2017, with Europe, Middle East & Africa (EMEA) and the Asia-Pacific region accounting for 10% each, and the Americas making up 4% of the insured loss total.

Steve Bowen, Impact Forecasting Director and Meteorologist, said; “The financial toll from natural catastrophe events during the first six months of 2017 may not have been historic, but it was enough to lead to challenges for governments and the insurance industry around the world. This was especially true in the United States after the insurance industry faced its second-costliest first half on record following a relentless six months of hail-driven severe weather damage.

“In fact, nearly eight out of ten monetary insurance payouts for global disasters were related to the severe convective storm peril. Other events – such as Cyclone Debbie in Australia, flooding in China and Peru, wildfires in South Africa, and a series of windstorms in Europe – led to notable economic damage costs. As we enter the second half of the year, much of the focus will be on whether an El Niño officially develops. Such an event could have a prominent influence on weather patterns and associated disaster risks.”

Aon Benfield also reveals that deaths as a result of natural disasters in the first-half of 2017 totalled at least 2,782, which is actually the lowest figure since 1986, and below the long-term average of 40,867.