Tragically, Christchurch in New Zealand has suffered a second severe earthquake which struck the city at 23:51 GMT. The epicentre of the 6.3 magnitude earthquake was just 10km south of the city of Christchurch and at a shallow depth of 5km. This means the shaking experienced was more severe than in the 7.1 magnitude quake back in September.

As a result the death toll has already risen to at least 65 people in Christchurch according to the mayor with at least 200 trapped beneath rubble of collapsed buildings.

The insured loss total for the September earthquake in New Zealand has not yet been completely understood, with some reinsurers saying it could hit as much as $5 billion to $6 billion once all claims are filed and assessed.

This quake has the potential to be just as costly and possibly more impacting on the re/insurance industry. Early pictures show a lot of damage and reports suggest it has been a more devastating event for the city of Christchurch than the earthquake last year. The financial markets have reacted negatively and NZ credit spreads have moved out while their dollar has been hit hard.

Here is the USGS report on the earthquake and below you can see the USGS shake map for this event. 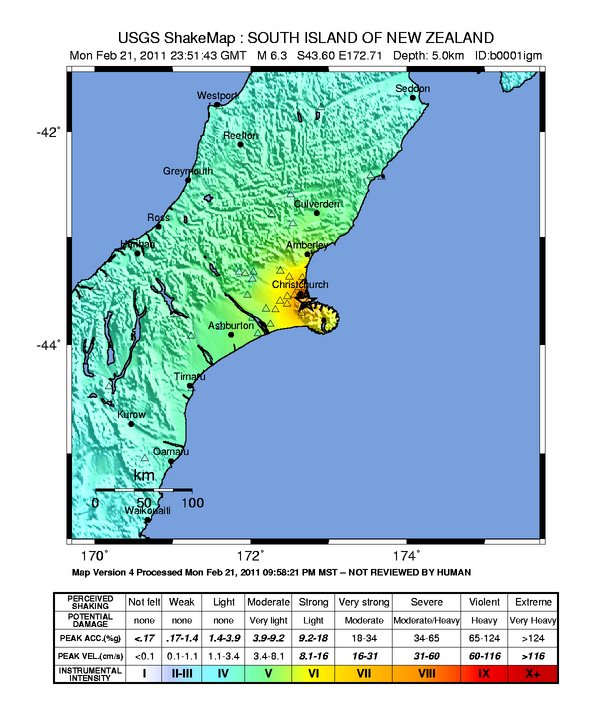 We’ll bring you updates as the scale of this disaster come to light and risk modelling firms begin to publish estimates of losses.