SCOR pulls-back on US cat at renewal. Result dented by losses

Global reinsurance firm SCOR has made a relatively significant pull-back from US catastrophe risks at the mid-year renewal season, with its gross premiums written in the United States down 24%. 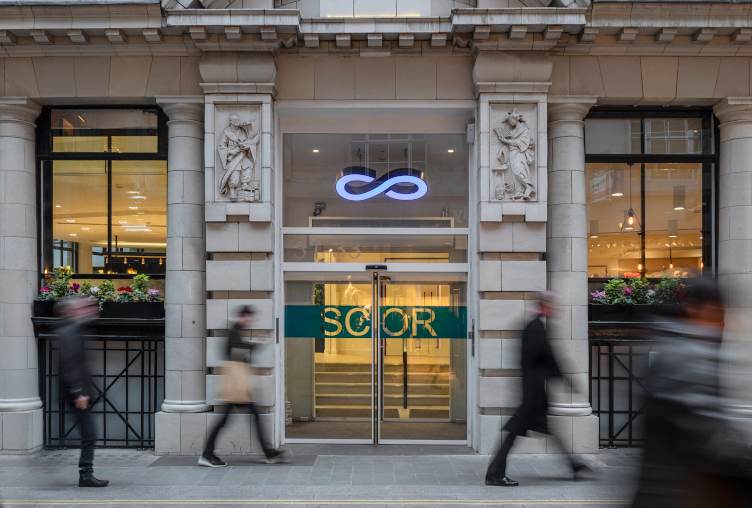 In announcing its results for the first-half of 2022, SCOR has reported a net loss of EUR -239 million for the period, as large and significant losses hit its business from all sides.

EUR -159 million of the net loss was incurred in the second-quarter of the year.

At the same time, while global loss activity hit the reinsurance company and it pulled back further on natural catastrophe risks as it tries to insulate its business from climate change, SCOR continued to grow elsewhere, having expanded its premiums written by 8.3% during the first-half of this year.

SCOR cites global macroeconomic conditions as a drag, including the war in Ukraine, as well as climate related loss events such as flooding in South Africa, the severe storms in France, floods in Australia and the severe drought in Brazil.

That drought hit SCOR particularly hard, with the USD 9.2 billion economic loss hitting SCOR with a EUR -193 million impact on its technical result, the majority of which came in the second-quarter.

“As a consequence, and consistent with its ambitions to reduce its exposure to climate-sensitive events, SCOR has been fully reviewing its agriculture portfolio with a 50% exposure reduction (PML) targeted for 2023,” the reinsurance company explained.

COVID-19 claims reached EUR 254 million for the first-half, of which EUR 195 million had been incurred in the first quarter.

SCOR’s P&C reinsurance combined ratio reached 107.7% for the first-half, up on the prior years 97.2%. But premium growth of 28.1% at constant exchange rates shows that SCOR is strongly growing in P&C in the harder reinsurance market, even with the pulling-back from natural catastrophe exposures.

These impacts, from catastrophe and weather related events, did not drive a significant retrocession recovery for SCOR during the first-half it seems, with most of its retrocession benefits coming on the life side due to COVID-19 losses.

However, SCOR did have a slightly positive result of its retro program in P&C for Q2, suggesting the drought and other losses at least saw it recover its costs of protection to a degree.

SCOR is taking significant steps to reduce its nat cat exposure and also reducing its exposure to climate sensitive events where it can as well.

The main driver was a significant decrease (-24%) in the US, where SCOR said it has “significantly decreased its exposure to natural catastrophes, most notably in Florida.”

At the same time SCOR grew in Europe (+16%), Mature APAC (+5%) and Fast Growth markets (+7%), where SCOR is seeing high demand for its reinsurance.

The reinsurer said it secured a pricing increase of 6.7% across the mid-year reinsurance renewal book, “reflecting a hardening market in an inflationary environment.”

Overall, with the actions taken at the mid-year renewals, SCOR says these have contributed to a 21% reduction in its 1 in 250 years PML for the 2022 underwriting year, which is far ahead of its original 11% projection.

Analysts have this morning expressed surprise at the magnitude of losses reported by SCOR and it seems had not been anticipating such as large loss to be reported for the first-half.

But with the company reducing its nat cat exposure and shy away from climate sensitive events, the volatility may reduce going forwards.

Denis Kessler, Chairman of SCOR, commented on the results, “The recent past has been a stark demonstration that uncertainties and instabilities of all kinds are multiplying: the Covid-19 scourge continues, entropic forces are running riot on the international geopolitical stage, inflation is reaching multi-decade highs, the economy is slowing down, the fear of a global recession is growing, the frequency and severity of natural catastrophes are on the rise – a change that is most likely linked to global warming… In this volatile environment, risk aversion, and the need for protection, will continue to soar. The multiplication of uncertainties and risks demonstrates more than ever the crucial role of the reinsurance industry to act as a cornerstone and guarantor of the resilience of the global economy. I am convinced that SCOR, as a Tier 1 global reinsurer, is perfectly equipped to meet these challenges and pursue its value-creating development, building on its global franchise, its recognized technical expertise, its financial strength, the talent of its teams and its command of new technologies.”

Laurent Rousseau, Chief Executive Officer of SCOR, added, “H1 2022 has been marked by a series of exceptional events both in L&H and in P&C, which have negatively impacted our financial performance. Most notably, a number of events driven by climate change (natural catastrophes, droughts, etc.) have affected the profitability of our P&C business, confirming that our strategy to decrease our exposure to these events is the right one. Despite an accounting loss, SCOR’s solvency position remains stable and robust with a solvency ratio of 240%.

“The current changing environment comes with challenges and opportunities and our objectives are unchanged: to reduce earnings volatility, increase profitability, grow the franchise, optimally allocate capital and accelerate the Group’s transformation. We are fully focused on the preparation of the new strategic plan that will be unveiled in November together with our Q3 results. In a stochastic world, we are taking remediation actions proactively, while taking advantage of an environment where demand for protection is increasing, with strong pricing discipline. SCOR is building on its strengths to adapt and seize opportunities arising from the current risk environment.”