Global reinsurance company SCOR is set to take a range of actions to lower its catastrophe volatility in the United States and will look to alternative retrocession products for 2022, as the company acknowledges capacity for certain retro solutions may be more limited, according to Jean-Paul Conoscente, CEO of SCOR Global P&C. 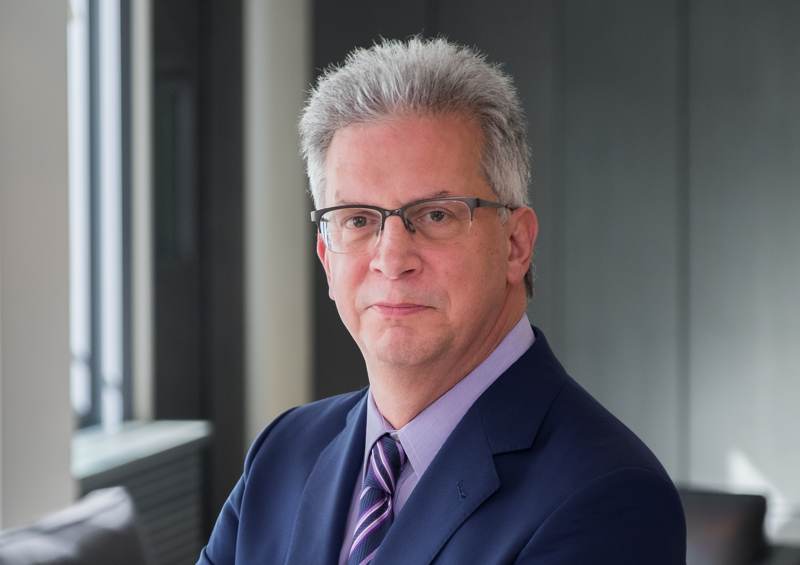 SCOR seems to have benefited strongly from its retrocessional reinsurance program through the third-quarter of the year and, as is typical, the company is already in the market negotiating its retro renewal for 2022.

Recognising that managing catastrophe exposure is not just a job for retrocession, but also requires actions to be taken on the inward side, speaking yesterday morning, Jean-Paul Conoscente, CEO of SCOR Global P&C highlighted one big move being taken for 2022.

“We’ve decided that on a forward-going basis, we’ve reduced our exposure to the first-dollar programs, where we’re exposed to climate sensitive perils,” Conoscente said.

Adding that, “As a result we exited MGA’s where they’re focused on US E&S primary business, exposed to US hurricanes and also reduced our planned capacity for proportional US treaties.”

These actions are aligned with some other major reinsurers, that have retrenched towards their core client-base and pulled-back a little from offering too much capacity to expansive new underwriting ventures.

But capacity limitations are going to affect the major reinsurance companies too and Conoscente explained that SCOR is only too aware that after another heavy catastrophe loss year, the retrocession market may not be as abundant with capital and options as usual.

Conoscente explained that more changes are afoot, saying, “We’ll have a new retrocession program in place, so there’s quite a lot of changes that happen at 1/1.”

Reflecting on the current program, Conoscente said, “In 2020 we did a request for proposal on our retro program with a view to have a better balance between protection for severity and protection for earnings. That’s what we had in place for 2021 and the program has proved effective.”

Also highlighting that the retro program remains a source of protection, even after the elevated losses of the prior quarter. Explaining, “The capacity we have available for the rest of the year on our retro program is still sufficient to be comfortable with where we stand after Q3.”

SCOR typically begins its retrocession renewal negotiations around September and this year they are ongoing it seems, which may be a function of the state of the retro market and the fact many providers of retro capacity have been heavily impacted after hurricane Ida.

“We’re in the process of renewing the retro program for 2022,” Conoscente said. “In that plan we anticipate a shrinkage of capacity for both proportional and aggregate covers and our program takes that into account, we’ll probably look for different products to help us replace that shrinking capacity.

“The target remains the same as 2021, protecting against severity and frequency of events.”

But, even with the retrocession market dented by catastrophes and capacity expected to be reduced, Conoscente believes SCOR will be able to achieve a similar target to last year.

“I think the metrics that we had for the 2021 program will be very similar to 2022 and we feel very confident that we should be able to reach our plan,” he said.

Further explaining that, “We’re still in the middle of negotiations. I think one of the key points is that the program will not be unchanged, because the supply of proportional and aggregate covers we anticipate will be less than last year.

“So we’ll probably have to buy more non-proportional and look at other structures.”

This could be interesting, as SCOR could choose to look at the catastrophe bond market for aggregate retrocession in 2021 and we’ve heard some rumours to that effect, so it will be interesting to see whether any transactions emerge sponsored by the reinsurer.

The cat bond market has continued to make aggregate protection available for reinsurance firms through 2021 and is likely to as year-end approaches, so for certain layers of its retro program SCOR could elect to look to a new Atlas cat bond issuance. We will of course update you should that happen.

Conoscente tied it all together, explaining that the changes to catastrophe risk appetite mentioned towards the start of this article are aligned with its retrocession ambitions.

“The impact, in terms of the net combined ratio, we’re anticipating will be the same as last year,” he said.

Adding that, “The risk protection will be similar and this is where we’re taking actions on the inwards, the acceptance side, to balance out the anticipated changes in retro supply and keeping the same risk metrics that we had last year.”