The reloading of capacity after the 2017 catastrophe losses showed that the scare factor has gone for investors, according to S&P analyst Taoufik Gharib, meaning that fears of a softer-for-longer rate environment are unlikely to deter capital providers and as a result rate momentum is likely to fade in 2019. 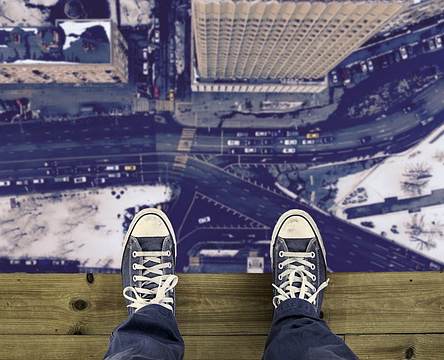 Gharib was speaking during a Standard & Poor’s presentation on the state of the market yesterday and commenting specifically on reinsurance rates he said the rating agencies expectation was that we’ve already seen the peak.

“We’ve seen rate increases between flat and up 5% in aggregate on a global basis in 2018 so far,” Gharib explained, adding that “January 1 2018 was the peak in terms of rate increases, then throughout the year there were some increases, but at a decreasing rate which was somewhat disappointing for the industry.”

The ability of the ILS market and its investors to recapitalise and trade forwards has had a significant effect on the reinsurance cycle, proving the theory that the cycle will permanently be flatter than it was before and require losses to be really impactful to reinsurer capital and ILS investors, so it seems the 2017 catastrophe losses just weren’t big enough to create the conditions for a true market turn.

Gharib continued, “It seems that given where we are in the cycle, and compared to 2005 where we saw significant rate increases, it seems that now in the industry there is no scare factor. The industry is well capitalised and alternative capital has stood firm.”

Of course it had been thought that the first major losses would scare away alternative reinsurance capital and ILS investors, but they have now very clearly demonstrated their appetite for insurance and reinsurance-linked returns and their ability to take losses, pay their claims, and recapitalise to trade forwards.

“Going forward, given the strength of the markets capital adequacy and also alternative capital availability, it seems that there is excess capital and there will be continued pressure on rates going forwards,” Gharib said.

“As a result we think rate momentum will be fading into 2019.”

There are some brighter spots in reinsurance though, particularly in lines of business such as casualty risks, Gharib explained, but even here only stability is expected, not significant rate increases.

Reinsurers have been adjusting their strategies to ensure they can benefit from rate increases in primary lines that have so far not been fully reflected in reinsurance rates, “Trading more out of quota share business to benefit from rate on the primary side,” Gharib said.

Of course, the ILS fund market has also adjusted its strategy, to source risk from closer to the primary players so as to benefit from rate momentum and lower intermediation costs, given the shorter value-chain.

He explained, “Given the valuations in the market, that may slow down some of the M&A activity going forwards, but that does not mean companies aren’t looking at M&A for growth.

“So we’re still thinking that bolt on acquisitions could be seen, where books of business are profitable and while it doesn’t mean we won’t see a more transformational acquisition, but given where valuations are we think it’s less likely.”

Of course the fact that ILS investors no longer fear losses as much and the scare factor has largely gone, having experienced the most significant since the market began in 2017, is positive for everyone.

It suggests that more investors will look to upsize their allocations to ILS and reinsurance-linked investments, while new investors will have concrete examples of how the market traded through and beyond major catastrophes with success.

It’s been a formative year for ILS but the next one could be even more so, as now it comes down to the managers in the ILS market finding supply to satsify investor appetite, as well as insurance and reinsurance firms to learn how to embrace it in ways that augment their profits, rather than detract from them.

Hail can drive as much as 70% of all U.S. severe convective weather and severe thunderstorm losses for the insurance...