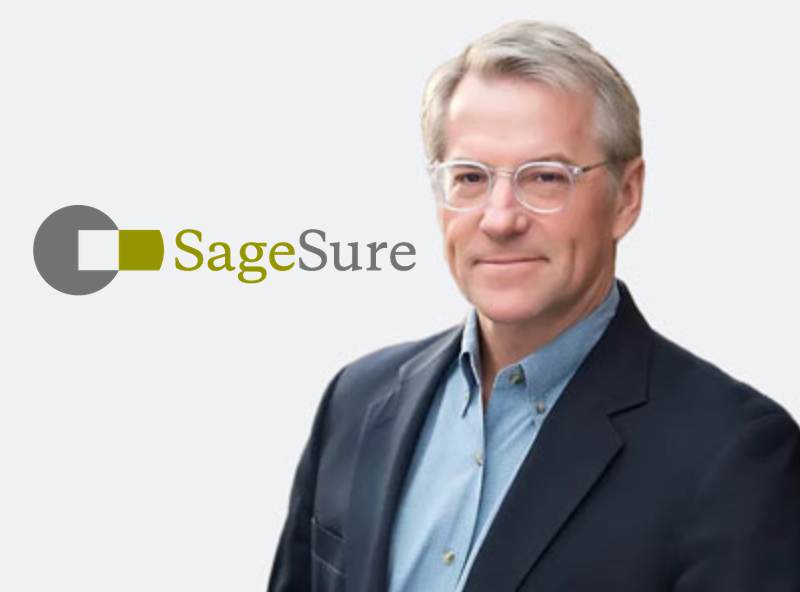 Lummis has over 25 years of experience in senior executive, advisory, and investment roles within the property and casualty insurance and reinsurance industry.

Lummis held the role of Chief Operating Officer and Chief Financial Officer at RenaissanceRe between 1997 and 2006, prior to which he held a number of roles as a member of the management team of the insurance holding company USF&G Corp.

He then spent some time as a consulting advisor to various hedge funds and private equity funds with interests in the insurance or reinsurance sector, before joining Bermuda headquartered AQR Re in 2013, the reinsurance arm of Greenwich, CT investment management firm AQR Capital Management, as its CEO.

At SageSure, Lummis will be tasked with developing its insurance risk management capabilities across carrier portfolios and optimising the companies capital structure and efficiency.

In addition to which, Lummis will be tasked with leading further investment in proprietary exposure management technology and risk analytics capabilities at the MGU.

“John is a proven leader with a track record of developing insurance risk management strategies that yield market-leading returns,” Terry McLean, co-founder and CEO of SageSure said. “Strong catastrophe risk management has been central to our long-term mission of protecting property in areas exposed to extreme events. John’s role represents our significant investment in this area and our commitment to continue our progress in a challenging space.”

“SageSure has built a world-class organization that is leading the industry in underwriting outperformance,” added John Lummis. “I’ve known Terry for many years, most recently in my role as an advisor to SageSure, and I greatly admire the business that he and his team have built. I look forward to working with the team to enhance an already strong platform and to continue growing SageSure’s risk analytics.”

Lummis had already been involved in SageSure, having served on its advisory board.

He is also an Operating Partner at Pelican Ventures, the private investment fund focused on start-up and early stage investments in the P&C insurance industry.

Lummis’ experience in bringing reinsurance to the capital markets will be beneficial for an MGU like SageSure, which has an appetite to connect risk to reinsurance capital as efficiently as possible and the MGU’s underwriting partner SURE has already sponsored a catastrophe bond to protect its book.