Catastrophe risk modelling firm RMS has highlighted the growing catastrophe exposures faced by ports around the world. Analysis from the firm reveals that a combination of cargo type and the type of natural disaster risk are significant drivers of potential losses, and not just the size of container hubs. 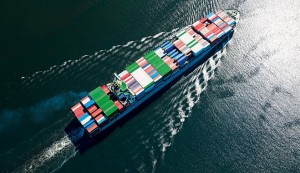 After the devastating and costly Tianjin, China port explosions in the summer of 2015, which is expected to cause insured losses of beyond $3 billion, it’s apparent that insurance, reinsurance firms, and the broader risk transfer landscape, including ILS fund managers, require a greater understanding of the exposure to catastrophe risks of ports around the world.

In an effort to underline the potential loss for insurance and reinsurance capital, RMS, utilising the RMS Marine Cargo Model, has analysed the catastrophe risk of ports across the globe, ranking the top ten for greatest potential loss.

The analysis calculated a 1-in-500 year loss event for each port, revealing that the Nagoya port in Japan, and the Guangzhou port, China, are the riskiest two ports in the world, with an estimated marine cargo loss of $2.3 billion and $2 billion, respectively.

“Surprisingly, a port’s size and its catastrophe loss potential are not strongly correlated. For example, while China may be king for volume of container traffic, our study found that many smaller U.S. ports rank more highly for risk – largely due to hurricanes.

RMS explains that the type of cargo at a given port, and the type of natural disaster risk that a port is vulnerable to can have a significant impact on potential losses, underlining that it’s not just the larger container hubs that face the highest loss potential.

Using RMS models the firm simulated and analysed millions of windstorms, hurricanes, typhoons, storm surges, and earthquakes, along with data on cargo that was input to the models to attain potential losses in the occurrence of a 1-in-500 year catastrophe event.

RMS explains that its analysis will cause concern for global insurance and reinsurance companies, following several years of high marine insured losses, which includes the Tianjin explosion, marine losses from Superstorm Sandy ($3 billion), and the Tohoku, Japan earthquake and tsunami of 2011.

Hence the analysis from RMS is timely, as it reveals the potential magnitude of such exposures, of which ILS funds and vehicles will take an increasing share of losses as they expand into specialty property and marine risks.

As evidenced by the ongoing uncertainty surrounding the final loss potential from the Tianjin explosion, re/insurance industry losses from large catastrophe events at ports can be difficult to predict and take time to fully realise.

The global economy has benefitted from the increased size of ships and also the advanced capacity of ports and storage facilities around the world, says RMS. However, larger ships and the need for bigger storage capabilities have resulted in many of the world’s river ports becoming inaccessible.

This has led to a rise in the reliance of seaside ports, and while they have the ability to facilitate larger ships and a greater volume of cargo, seaside ports are more susceptible to hurricanes, typhoons, and storm surge, says RMS.

“Furthermore, many ports are built on landfill, amplifying their vulnerability to earthquake risk,” says RMS.

“The value of global catastrophe-exposed cargo is huge and expected to continue growing. After so much catastrophe loss to the cargo line since 2011, it is clear that ‘good enough’ modelling techniques are no longer fit for purpose.

“Better data and modelling will enable more effective portfolio management and underwriting for this dynamic line of business,” said Folkman.