Rising probability of storms like Ian must be reflected in pricing: Munich Re CFO

As the global reinsurance giant’s results were announced this morning, Christoph Jurecka, CFO of Munich Re, explained that the company believes hurricane Ian matches a pattern linked to a warming world and that this will have to be priced into reinsurance contract renewals. 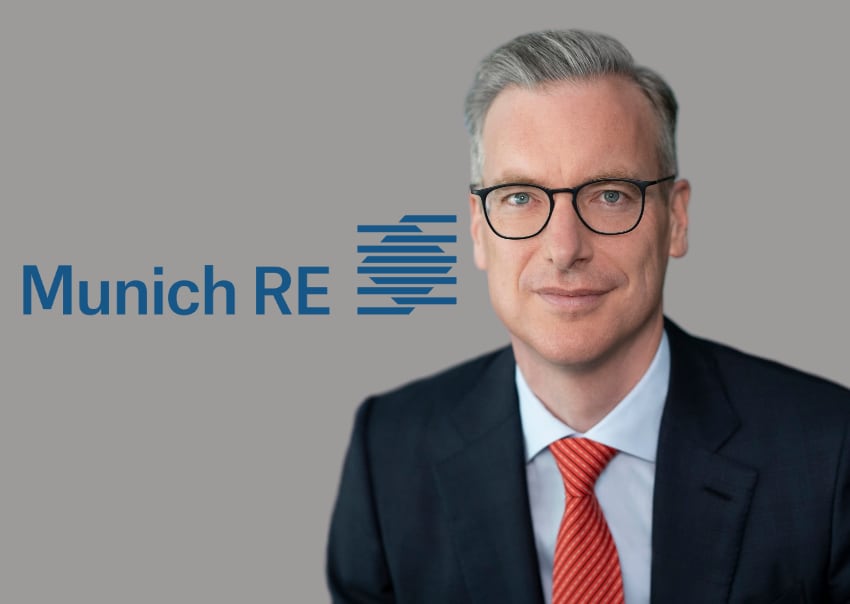 It’s another signal of the hard market environment that reinsurance is moving into and that hurricane Ian has accelerated.

Munich Re itself had already pre-announced an expectation that it would take a net loss from hurricane Ian of around EUR €1.6 billion, based on an industry loss expectation of US $60 billion.

The reinsurer reported an underwriting loss for its P&C reinsurance business as a result of hurricane Ian, which elevated its combined ratio to 108.2% for the third-quarter of 2022.

Major losses contributed some 26.9% of the burden during the quarter, with 21.2% thanks to natural catastrophes and in the main hurricane Ian.

Overall though, Munich Re delivered a €1.9 billion profit for the first nine months of 2022 and €527 million for Q3, demonstrating the robustness of its business even in the face of one of the largest natural catastrophe losses in history. The operating result fell to –€346 million though, thanks to major losses and investment effects.

In addition, Munich Re has reported strong growth, particularly in its property and casualty reinsurance unit, where premiums increased by some 22.1% year-on-year, with price improvements also cited, especially in the non-proportional reinsurance business.

Overall for Munich Re, gross premiums written across the group in Q3 rose by 17.8% to over €18.2 billion.

Man-made major losses were also up in the quarter and provided a further dent to Munich Re’s P&C reinsurance business, at €489 million in Q3, which alongside almost €1.83 billion of natural catastrophe losses, the €1.6 billion being from hurricane Ian, drove the combined ratio higher.

Commenting on the result, Munich Re’s CFO Christoph Jurecka’s words suggest that hurricane Ian is yet another signal that reinsurance rates must rise, in the firms view.

“Hurricane Ian matches the pattern science would expect of a warming world. Therefore the rising probability of such extreme storms is part and parcel of our models and must be reflected in pricing,” Jurecka explained.

Adding that, “The sustainable and reliable offering our clients expect of us is based on realistic analyses, not only of natural catastrophe risks, but also of cyber and pandemic risks. And although Hurricane Ian and the macroeconomic environment are making it significantly more challenging for us, we are firmly adhering to our annual guidance of €3.3bn.”

It’s clear global reinsurers have formed a consensus on the need for rates to rise considerably, with Ian a signal that underpricing risk is not a sustainable business model and so the reinsurance price environment has to rise sufficiently to allow such loss events to be absorbed.

Because of the strong growth achieved so far this year, Munich Re has raised its reinsurance premium guidance for 2022 to €48 billion, up from €45 billion, while also lifting the group total to €67 billion, up from €64 billion, as it seeks growth on the primary side as well.

While still targeting €3.3 billion of profit for 2022, Munich Re noted that this will be “significantly more difficult to achieve given the claims experience and business environment, and it is subject to the realisation of anticipated positive one-off effects in Q4.”