Returns could be lower than traditionally anticipated: Beale, Lloyd’s CEO

Looking forward as the insurance and reinsurance market adjusts to the new normal of efficient capital and sources of competition, the traditional market may have to accept that returns could be “lower than we’ve traditionally anticipated” from here on, according to Lloyd’s Chief Executive Inga Beale. 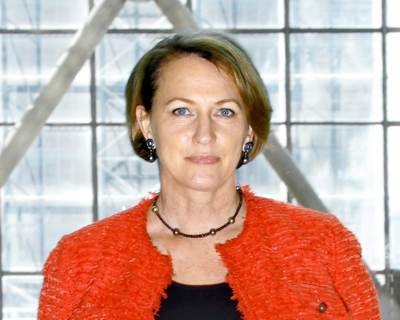 Speaking about the current state of the market, Beale said; “It’s very competitive. Maybe we’ve all got to expect that the normal level of returns are going to be lower than we’ve traditionally anticipated.”

A major factor in Beale’s forecast is the impact of alternative capital, insurance-linked securities (ILS) funds and their investors on the reinsurance market.

“You’ve got traditional capital providers who have demanded very high returns. For Lloyd’s historically we’ve had double-digit returns. Some of this new capital, their return expectations are way below that – they might be happy with a two to three percent returns,” Beale continued.

This affects the Lloyd’s market and its specialty focused underwriters disproportionately, it seems.

Beale continued; “It’s more the traditional, existing players that get more and more troubled by the lack of efficiency and cost of doing business because we’re used to much higher returns.”

That results in a divergence of views on the state of the market, which Beale recognises saying; “You’ve got different views depending on what capital you’re trying to service.”

Often the Lloyd’s underwriters and the ILS fund managers are actually servicing very similar types and sources of capital though, but with vastly different expense ratios and sometimes costs of accessing business.

Beale also hinted at a recognition that the market cycles we’ve seen in the past may never return again, not just due to capital but given the advancing of technology and risk modelling.

“When I was underwriting it was terribly cyclical but with all of this increased modelling we’ve already started to see different patterns with different lines of business. Motor doesn’t necessarily move in line with property. So with increased use of actuaries and actuarial modelling we’ve seen a different approach to understanding and assessing and pricing risk in the 35 odd years I’ve been in the industry,” she explained.

Beale said that after the impacts of hurricanes Harvey and Irma it is to be expected that rate increases will be more localised, as advanced modelling means the risks are better understood so reinsurers can price for them on a more local basis.

Beale explained; “We saw some time ago with the introduction of modelling that you’re pricing for the exposures you’re taking on. Fundamentally it’s because we’re modelling specific exposures that we’re taking on region by region [that rate movement tends to be localised].”

Beale also said that the Lloyd’s market has the capital strength required to deal with the losses that come from Harvey and Irma, adding that; “Lloyd’s mechanisms allow people to be up and running relatively quickly [if capital comes in post event].”

Of course the faster capital can flow in and be put to work after a major loss event the lower the peaks in pricing are likely to be, meaning Beale’s prediction that reinsurance returns will tend to be lower from here on is likely accurate.