Can ReinsurTech (reinsurance technology, the next buzzword after InsurTech) help reinsurers to compete with alternative capital providers and insurance-linked securities (ILS) funds, at a time when price competitiveness is key? The answer is yes, but not as much as reinsurers would like it to. 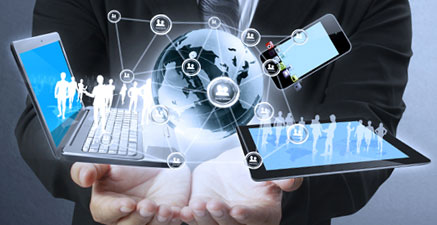 The InsurTech buzz is moving on to become ReinsurTech, although reinsurance companies have been leading the way in investing in digitalisation, start-ups and in partnering with potential disruptors in the risk and re/insurance space.

Part of this activity is due to a fear of losing relevance, a need to modernise processes and systems, but perhaps the overarching motivation is the realisation that by embracing technology reinsurance companies can increase their efficiency, both of operations and of capital or capacity.

One of the trends we cover in-depth here at Artemis is reinsurers need for efficiency of underwriting capital, as they battle against lower-cost ILS capacity from the capital markets.

In a new report, analysts at Standard & Poor’s said that ReinsurTech, or the adoption of technology and move to digitalisation, could assist reinsurers in enhancing their competitiveness versus alternative capital players.

However, the report concludes that while embracing so-called ReinsurTech can help, in raising reinsurer efficiency and enabling them to be more competitive on price, technology alone is not going to be enough to allow reinsurers to rest easy, and the more traditional facets of a reinsurer, of relationships, relevance and scale, will remain vital to their ability to compete effectively going forwards.

S&P explains that so-called ReinsurTech sees traditional reinsurers adopting technology, improving their IT infrastructure, and further developing their proprietary models. Additionally, reinsurers have been some of the largest investors in insurtech start-ups in the primary insurance market, backing them with capacity to get it closer to the risk and using start-ups to structure more innovative products.

At the same time reinsurers have been working with capital providers that can help to make their capacity more efficient, including the third-party investors backing the ILS market.

Interestingly, S&P notes that reinsurers may have their roles re-defined in some areas of the market, becoming “only the underwriters, structurers, and claims handlers in certain lines of business.”

There are already some trends that see reinsurers offering, “An intermediation service that passes on risks to the capital markets with the aid of reinsurtech solutions,” S&P notes, a trend that brings ILS risk capital to the front of the value-chain and could push reinsurers into a position where they are a service provider and fee-based business in some cases.

“Risks that are more easily transferable and have lower frictional costs are transferred directly to the capital markets, where they could find the lowest-cost risk carrier,” S&P explains.

This is a trend we’ve been discussing for a few years on Artemis, that reinsurers are not always the most optimal source of capacity, but that they do have origination, structuring, underwriting and pricing skills that could see them earning fees where once they were the balance-sheet backing risks.

Technology, or ReinsurTech, will drive this trend much more rapidly, pushing some reinsurers to be a source and provider of risk into a technology driven value-chain backed by risk capital from ILS funds and institutional investors.

We’re already seeing the start of this trend, with some technology driven facilitisation of reinsurance, but an acceleration is likely as the start-up world is clearly aware that in order to be a truly competitive insurtech or reinsurtech start-up they need to have the support of both the expertise of the big reinsurers and the capacity from the most efficient backers of risk (likely the capital markets).

S&P expects a slow evolution for the reinsurance market, as technology helps risk to be channeled more easily to the capital markets in some lines of business.

S&P continues; “We therefore consider that disruption of the reinsurance purchasing process is more likely to come from the capital markets and insurtech start-ups that wish to create mechanisms for investors to back insurance risk directly.”

This is already happening, or in the works, at a number of insurtech start-ups which have recognised the significant opportunity to provide markets for risk, or specific product lines that can be underwritten algorithmically and backed by the capital markets, rather than an insurance balance-sheet.

To begin, the markets or exchange like start-ups are expected to only place limited pressure on reinsurance pricing, but in the future that could change and S&P expects a shift towards the electronic transferal and trading of insurance risks.

“In the longer term, however, we see the potential for risk-auction platforms (with the aid of improving technology) to transform into exchanges that enable the efficient trading of risk. We believe that such exchanges could create higher price transparency and increase the overall efficiency of risk transfer,” the rating agency explains.

Technology adoption and advances tends to result in greater standardisation of product variables, meaning transfer of risk could become more efficient in the future.

Meanwhile, the traditional reinsurers partner with insurtech’s that act as a front for their reinsurance capital, providing them with a way to move up the value-chain and benefit from innovation at the same time.

ILS funds are also looking closely that this trend and we’re aware of a number of first steps being made as ILS players look to identify the opportunities to partner with technology driven pipelines that can provide them with access to risk more efficiently.

“We believe that most of the new insurtech ventures are writing short-tail business, which is the target market for ILS. We have already seen a commitment by ILS manager Leadenhall Capital Partners LLP to back insurtech start-ups, and we consider that, sooner rather than later, more ILS capital could compete with reinsurers to back insurtech start-ups,” S&P suggests, but adds that reinsurers may have first mover advantage here for the moment.

Reinsurers can also look like a more attractive partner, given their depth of expertise and resources, as well as their deep pockets for investing. With ILS fund managers looking after their investors capital, many will not be able to make start-up equity investments in the same way a reinsurer can.

“We consider that reinsurance companies that adapt to technological developments are in a better position to reap the benefits than alternative reinsurance capital,” S&P claims, although it is very early days to be making such claims and if efficiency of underwriting capital is key, then the capital markets could ultimately become the preferred source of capacity for many short-tailed risks generated by start-ups.

Reinsurers could also have a competitive advantage, for now, in innovations that use sensor technology to define parametric triggers, due to their relationships, expertise and global reach.

However, this could be short-lived if start-ups look to attach the most efficient capital to the back of their sensor based, parametric insurance offerings, which could be a significant opportunity for the capital market investors that partner with them.

For these types of offerings, simplicity and transparency will be key, making the underlying risk pools extremely attractive to the ILS funds and capital market investors, such as pension funds. As sensor technology, data and analytics continue to advance, these parametric efforts in future could become a major source of risk for capital market investors, given technology could automate much of the underwriting and claims payment.

But at the heart of many of the trends affecting reinsurance markets today is efficiency, be that of operations or of capital, and this emerging reinsurtech trend is part of precisely that.

It is, on the one hand, an inevitable evolution of the reinsurance market, as technological developments are embraced and innovative business models emerge looking to take advantage of new and advanced technology.

On the other hand, for reinsurers, it’s a search for efficiency, a desire to position their capacity as close to the source of risk as possible, a hunt for relevance, and a need to be seen as innovating when everyone else is.

Technology can enhance the efficiency of their already lower-cost capital, while also helping them to get further up the value-chain towards the original risk, but it’s less something being forced on them and more an evolution that they can watch, unfold and take advantage of as they see opportunities that suit them.

Reinsurers are already under pressure and so the urgency to embrace insurtech and reinsurtech seems greater than for ILS and alternative capital providers right now.

However, S&P notes that the attraction of partnering with a major reinsurer could mean traditional reinsurance firms are sometimes better positioned.

“With the current levels of capital available in the sector, one important focus for reinsurers remains their price competitiveness against alternative reinsurance capital,” S&P explains.

“We believe that traditional reinsurers have targeted and will continue to target frictional cost reductions to help them remain competitive against alternative capital,” the rating agency continued.

But in many cases this may still not be enough as, “We do not believe these savings would materially improve the competitiveness of traditional reinsurers against alternative capital, since the capital markets would also be able to tap the potential benefits of more efficient IT.”

That’s an important point. As traditional reinsurers enhance their efficiency, so to can ILS and alternative capital providers.

But in the main S&P believes that, “Reinsurance companies that adapt to technological developments are in a better position to reap the benefits than alternative reinsurance capital.”

This is down to their “huge stores of accumulated data, risk knowledge, as well as established relationships” all of which offer traditional reinsurers a competitive advantage, S&P says, factors which “remain the key to successfully competing in any insurance and reinsurance market.”

However, we would add that the above is likely in the short-term and that we believe over the longer-term, as the capital markets become increasingly important in backing risks in insurance and reinsurance, there is likely to be a natural shift towards reinsurers as fee-earning service providers, with the capital markets as the backers of many lines of business.

That means reinsurers could be better served focusing on this potential future outcome, in their explorations of reinsurtech, rather than trying to push their balance-sheet as the best capacity in every case.

In summary; ReinsurTech can enhance reinsurer competitiveness, but it can do the same for ILS and alternative capital. Therefore decisions must be carefully made as to where to focus, or the efficiency added by technology may not be enough to escape disruption, from both inside and outside of the marketplace.

Technology will channel new lines of risk to the capital markets.

On accelerating the transport of risk to capital (ILS + Insurtech).

On spending your way out of a soft re/insurance market.