Reinsurance companies won’t be designated as systemically important (G-SII) because they aren’t systemic, according to SCOR CEO Dennis Kessler, a view that is also held by rating agency Standard & Poor’s. 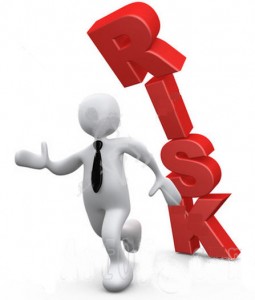 Speaking yesterday at an Insurance Institute of London lecture at Lloyd’s, Kessler explained that in his view reinsurance companies do not belong on the globally systemically important insurers G-SII list

“Reinsurance is not systemic. There is no connectivity, it’s not a syndicated industry. If one of my peers fail I don’t fail,” Kessler explained.

He said that the regulators should stop trying to apply the concept of systemic risk to reinsurance as it is not applicable to the industry and the FSB should abandon the idea of trying to divide the industry into systemic or not systemic.

“Let’s go back to basics, we are not and will never be,” Kessler said, “We should stop trying to apply the concept of systemicity to reinsurance.”

Also yesterday rating agency Standard & Poor’s concurred, in a report, saying that “We do not expect reinsurers to become G-SIIs.”

S&P feels that the Financial Stability Board (FSB) and International Association of Insurance Supervisors (IAIS) delay in designating any reinsurance firms as systemically risky, as well as the fact that “large exposures” will likely no longer feature as one of the variables used for designation, suggests that the regulators have perhaps also come around to this way of thinking.

The large exposures weighting was one of the key metrics that could have tipped reinsurance firms into the systemically risky bracket, but the proposal is that the weighting be reset to 0% which S&P suggests could imply that reinsurers will be removed from the G-SII list.

“We don’t believe reinsurers pose a systemic risk. One could argue that some reinsurers’ size could qualify them for the club. For example, Munich Re’s $310 billion of assets (a key input in the G-SII designation formula) aren’t too far behind Aegon’s $470 billion. But size alone doesn’t always matter, at least when determining systemic risk,” the rating agency states.

“The nature of insurance and reinsurance business creates a derivative effect. Cedants are in the business to spread out risk, which is further marginalized by reinsurance uptake,” S&P continues.

The rating agency explains that, according to sector research, only around 5% of global primary insurance premiums are actually ceded to reinsurers and its own research of catastrophe risk in the reinsurance industry “does not indicate any significant concentrations in one or a few reinsurers.”

Additionally, reinsurers are understood to no longer be materially engaged in nontraditional, non-insurance (NTNI) activities, which was another key factor for designation. And S&P’s own stress testing of the industry suggests that the reinsurance industry’s excess capital, $53 billion at the end of 2014, is sufficient to absorb the failure of a large reinsurer.

Reinsurance capital actually helps to reduce systemic risk in the insurance industry as a whole, enabling risk transfer, broad dispersion of risk into the industry’s capital base and for peak exposures to be protected against.

Insurance-linked securities (ILS) capital and the re/insurance sectors use of the capital markets are now augmenting this effect considerably, further diversifying the capital, spreading the risk and reducing any interconnectedness even further.

Reinsurers will be pleased that observers and market participants are coming out in favour of them being dropped from the G-SII list altogether, however the regulators hold the ability to do that and we will have to wait and see whether any are officially designated as systemic or not.