Analysts at Goldman Sachs have said that they believe the reinsurance and London market re/insurance names they follow have passed the test set by hurricane Ian, with evidence of the improved rating environment showing in the fact the storm only proved to be an earnings event for the industry. 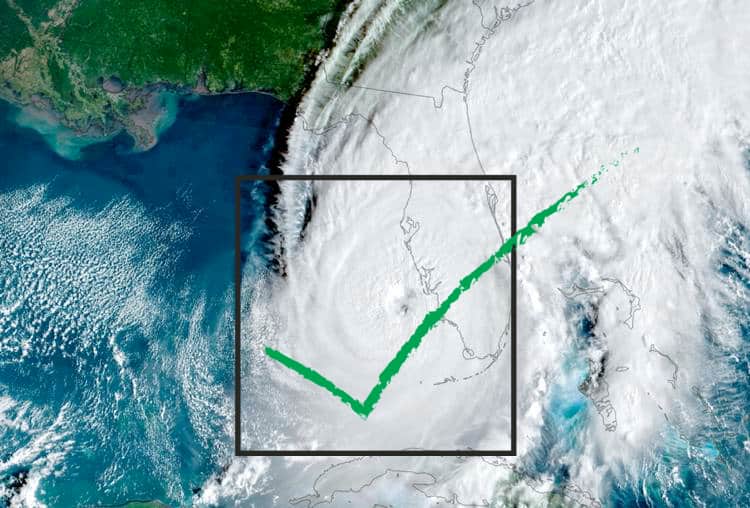 Previously, a major category 4 hurricane landfall anywhere in Florida would likely have resulted in a capital event for the reinsurance industry and the London market participants.

But the analysts at Goldman Sachs believe that evidence of higher pricing achieved at renewals in recent years, as well as improvements in terms and conditions are evident in the size of the loss and how it is divided within the industry.

It’s an interesting point and one that is also proving true in the insurance-linked securities (ILS) market, where loss estimates are suggesting that the industry reserved robustly in the main and that there is some recovery of value to come after the initial hurricane Ian hit, as we’ve seen in catastrophe bonds.

Without a doubt, the higher rates achieved at reinsurance renewals in 2021 and 2022 have helped, but so too have some of the adjustments to terms and conditions made in the underwriting.

The Goldman Sachs analyst team explained, “We believe Q3 with a category four Hurricane Ian was an important test for the sector. Indeed, they have all passed the test, in our view, as Hurricane Ian remains an earning, not a capital event, with all reinsurers and LM names reporting in-line/below market expected losses.

“In our view, this shows the strength of the cycle working through – in past years, a loss of the size of Hurricane Ian would have wiped out underwriting earnings.”

They go on to explain that some names are still in profit after the first nine months, even despite losses from the war in Ukraine, as well as Ian.

We’re now hearing from market sources, on the ILS and collateralised reinsurance side, of some names that might have been expected to face significant impacts, but who are not suffering as badly as would have been thought after hurricane Ian, due to the restructuring of covers and higher pricing achieved.

Of course, it’s not everyone and there are significant losses in reinsurance and among ILS funds, but there are also some players that are evidencing the importance of their strategic shifts and work to insulate portfolios from major loss events, which is a positive for the industry.

Inflation, dented supply of capital and catastrophe losses are all drivers for what is now seen to be heading for a hard reinsurance marketplace by the analysts.

“The market could have increased prices without Hurricane Ian, but it will likely turn the “hardening” market into a “hard” market. As price hardening momentum continues, we believe the underlying profitability and returns will continue, and see scope for sustained share price performance,” they explained.

Investors in the sector are focused on “whether pricing fairly reflects both higher claims inflation and a material increase in catastrophe losses from weather events due to climate change,” the Goldman Sachs analysts state of their client base.

Which reads across nicely to the ILS investor community as well, being two key issues and questions they have for ILS fund managers.

Overall, the Goldman Sachs analyst team expect a prolonged hard market, with inflation set to drive higher demand and also contribute to the desire to hold rates higher for a time.

The analysts still want reinsurers to demonstrate that they can absorb normalised loss activity and still deliver a profit on capital over the cycle, something ILS investors are looking for as well.

As a result, it’s going to be how the reinsurance and ILS industry react to any future increases in sector capital, plus slowdowns in inflation, or a more benign catastrophe year that will be key for the investor community, on the traditional or alternative capital side.

Investors want to see discipline maintained, rate gains becoming sustained at levels where they support the business and a margin of profit, and terms and conditions to remain at their new and far tighter levels.

Will the industry deliver for them? If they don’t, they could risk investor capital turning away, even though the sector seems to be absorbing hurricane Ian’s losses with the commensurate amount of pain that would be expected for an event of that magnitude.

« Older article Hannover Re now fronting for over 1,500 ILS participations