Reinsurance is on the edge of profitability

Reinsurance firms are on the edge of profitability, with combined ratios rising and an expectation that even an average year of catastrophe losses could tip some companies over the edge, as market pressures continue to bite. 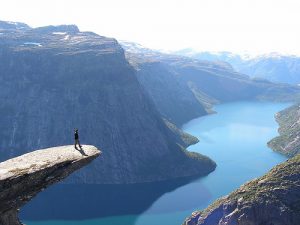 Bloomberg held a roundtable featuring some of the largest European insurers and reinsurers recently and it’s clear from the output that the reinsurance market accepts it is nearing the point where its profits could be eroded and that sustaining the softened rate environment will get increasingly difficult.

After a number of years of rate declines across the reinsurance sector, some lines of business, particularly catastrophe exposed, have now seen rates reduce further than the average catastrophe load, in fact to the degree that reserve releases are required in order to achieve a profitable return.

In Bloomberg’s article on the roundtable, Manfred Seitz from Warren Buffett owned reinsurance firm Berkshire Hathaway Inc. said that the P&C reinsurance sector is “getting very close to combined ratios of 100 percent.”

Even a normal catastrophe load in 2016 could result in some companies hitting the profitability threshold, Seitz said, suggesting that profits and returns are becoming ever more scarce in P&C reinsurance lines.

Fortuitously, rating agency Standard & Poor’s said in a report today (which we’ll cover in more detail soon) that it anticipates “Reinsurers’ profitability will soon drop below their cost of capital and could remain there until the underwriting and/or investment cycles turn,” which would have clear credit implications for the sector.

Matthias Weber, Chief Underwriting Officer at reinsurance giant Swiss Re, added that once reinsurers results are adjusted to take away the benefits of reserve releases and a normal level of catastrophe losses are factored in, profits “are not that fantastic anymore.”

Munich Re board member Ludger Arnoldussen commented that; “If you look at the combined ratios before reserve releases, then you can clearly see an impact every year from the softening in the market.”

A general worsening of profits is being seen, Arnoldussen implied, which has been reflected in the latest results season with reserve releases often making the difference between profit and loss in property and casualty reinsurance divisions.

But once again supply of capital is blamed for the issues being faced by large, global insurance and reinsurance firms and the market in general, with Bloomberg citing a “hedge fund incursion” as responsible for eroding pricing, “so much that a typical year of claims could move the industry into losses.”

Of course, while headline grabbing, hedge funds are really only smaller players in reinsurance these days, as the hedge fund backed reinsurers typically underwrite longer-tailed risks outside of property catastrophe, and insurance-linked investment funds are largely backed by pension funds, family offices and institutional capital.

But perhaps the article is equating an ILS fund with a hedge fund. However, even trying to blame the issues faced by reinsurers on ILS fund competition and their growing capacity is not really telling the full story.

The excess levels of capacity in traditional reinsurance markets and the aggressive nature of their pricing strategies in recent years has more than equaled (and in fact exacerbated) the pressure from ILS players. Reinsurers have contributed to the softening just as much as any hedge fund or ILS fund and, as has been repeatedly reported, the majority of ILS funds and investors show just as much discipline as your average reinsurer.

It’s far too simplistic to blame the state of the reinsurance market on third-party capital, ILS funds, or investment style business models, alone.

This is the landscape of threats that global reinsurers are now facing.

It’s too simplistic to blame the state of the reinsurance market on hedge funds, or indeed investors hunting for yield. ILS and the entry of capital markets players into reinsurance has indeed been a catalyst for change, forcing responses from the traditional market which range from embracing the trend wholeheartedly to outright protectionism.

As we regularly write, the disruption that ILS has created, as it wielded its lower cost capital and financial engineering approach to underwriting, will likely be nothing compared to the disruption reinsurers will face due to technology start-ups and the Insurtech trend.

Over supply of capital means that it could take a lot to reverse the pricing cycle this time around, Juan Beer of Zurich Insurance explained at the Bloomberg roundtable. While Allianz Re CEO Amer Ahmed said that if you base reinsurers health on the underlying results the picture is not so rosy.

A benign catastrophe loss environment cannot continue forever, meaning that at some point the sector is going to tip into unprofitability, as losses take the combined ratios so far above 100 that reserve releases cannot compensate for them anymore.

Will that be enough to reverse the cycle though?

With excess levels of capital in the traditional reinsurance sector, growing capacity being provided by the ILS fund space and an expectation that any increase in pricing could herald significant new inflows into ILS funds and structures, it remains hard to see how reinsurers ever get back to the margins they once enjoyed.

Efficiency is of course one watchword for the market these days.

If reinsurers can make their capacity (capital from whichever source) so efficient that they can extract greater returns from the business they analyse, price and underwrite, or their expense levels so much lower that they earn more from the same underwritten business, then profitability could return closer to the old levels.

But that needs expense control, technological innovation and likely an embrace of capital market structures and capacity, all of which will mean an evolution of the reinsurance business model, as it becomes more fee income based and less about buy-and-hold.

That means a dramatic change could be coming for some reinsurers, as any evolutionary step-change in how a business is conducted tends to shake-out entire industries. Such a scenario would imply even greater disruption to come for reinsurers, even after the next major losses occur.

And if part of this step-change involves embracing ILS and the capital markets wholeheartedly, the question of where inflows from investors may be directed after a major event has an uncertain answer, as the way losses are shared among traditional and alternative may be a driver of that.

For example, if reinsurers have been leveraging third-party capital, in funds or sidecars, to maintain underwriting in lines of business that no longer meet the return requirements of their own capital, what happens if the losses to these vehicles are outsized?

Questions of the potential conflict of interest associated with writing risks on a third-party balance sheet, just because it no longer suits a reinsurers own balance sheet, are almost certain to be raised and investors could vote with their feet. As a result ILS funds may benefit from greater inflows, as investors feel the alignment of interests is perhaps stronger.

The longer reinsurance teeters on the precipice of profitability the more dramatic any eventual turn in the market, or acceleration of disruption and change, is likely to be.

Of course, we don’t know how the market will react, how losses will be shared, or whether the cycle will rebound, any better than the executives of large reinsurers or other journalists. The crystal ball shows many possible outcomes, but the eventual state of play in reinsurance remains uncertain.

But what is certain, is that the market will not react as has been seen in the past and reinsurance is at a juncture where change is likely to accelerate rather than slow down, leaving a future status-quo unlike any seen before with competitors and business models as yet unknown.

Change is coming at an ever faster rate.

Conference season is upon us. Read all of Artemis’ Monte Carlo Rendez-vous coverage here.