Significant reinsurance price increases alongside much tighter terms and conditions, are expected to drive a 4% point improvement in reinsurers’ underwriting margins in 2023, according to rating agency Fitch.

Prices rose sharply at the recent January 2023 reinsurance renewals, with property and specialty lines seeing some of the largest increases, Fitch Ratings explained.

Property reinsurance markets saw price increases of 20% to 60%, with another year of heavy natural catastrophe losses the main driver.

In parts of the United States, reinsurance prices roughly doubled because of the losses from hurricane Ian, the rating agency further explained. 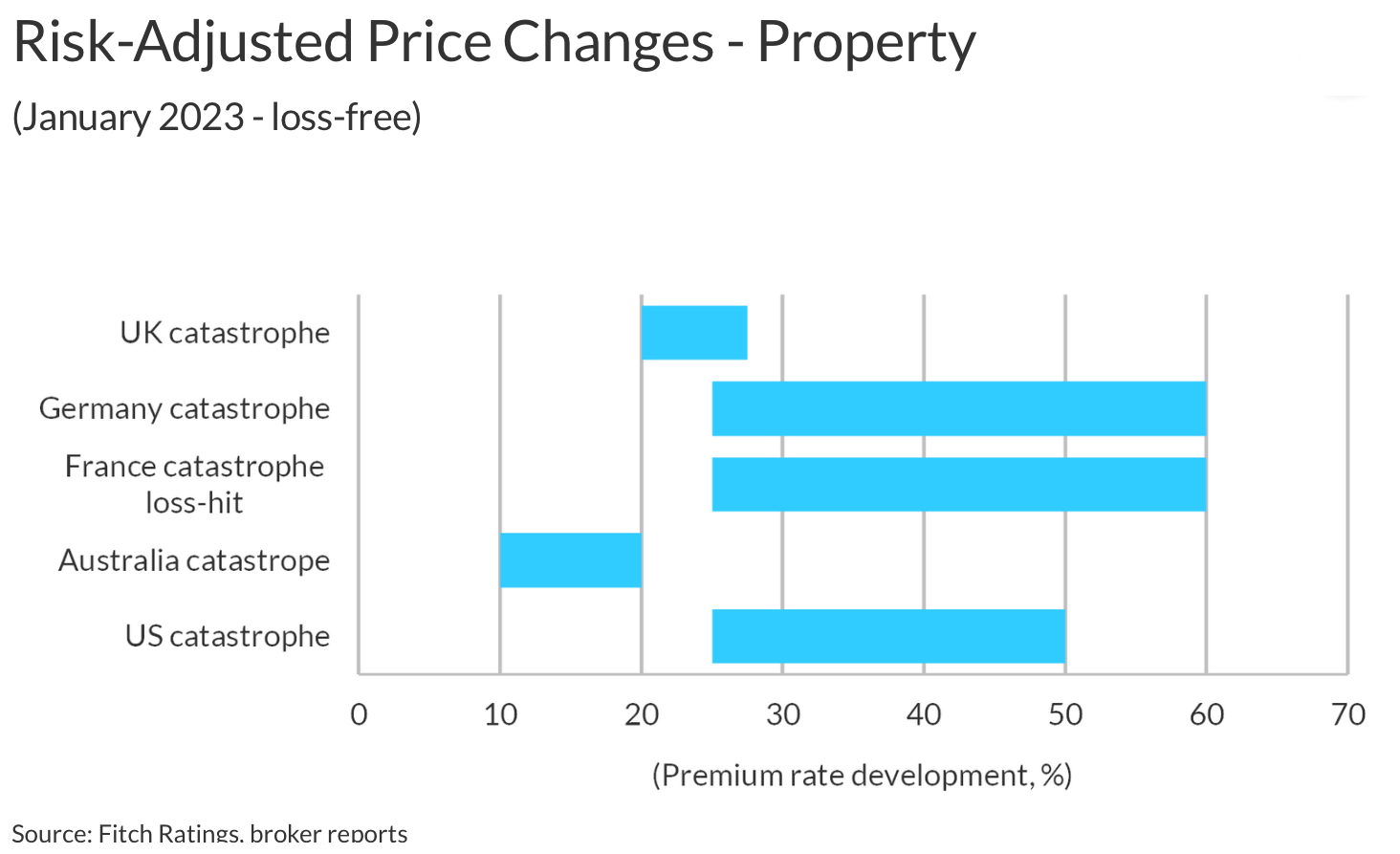 2022 is anticipated to be the third most costly year of catastrophe insurance market losses, Fitch says, with secondary perils again a feature.

“This made it harder for cedents to place natural catastrophe risks with reinsurers during the January 2023 renewals, and we believe some property catastrophe risks could become increasingly uninsurable,” the rating agency explained.

Exacerbating the reinsurance renewals was a decline in available capacity, with both the traditional and alternative sides of the market experiencing a shortfall.

On the traditional side, the effects of markdowns on fixed-income investment portfolios drove reinsurers’ capital base to decline 15%, Fitch estimates.

“This is likely to have reinforced reinsurers’ underwriting discipline despite higher interest rates having a neutral-to-positive impact on economic and regulatory capital,” Fitch said.

Underwriting margins are expected to rise, with Fitch estimating a 4% point gain for traditional reinsurers.

Similarly, in the insurance-linked securities (ILS) space, return-potential of ILS funds and structures has risen as well, with better margins possible for investors allocating to the space.

This is both due to the higher reinsurance pricing and the improvements inn terms and conditions, which can better insulate portfolios of ILS assets against major loss events.

One wildcard is inflation though.

“However, price adjustments achieved in the 2023 renewals season should be sufficient to compensate for claims inflation and provide some buffers for unforeseen events.”

Fitch said that, despite the better pricing prospects, its outlook on the global reinsurance sector remains neutral.

“This view balances stronger underwriting margins on the back of more favourable pricing, terms and conditions with a still elevated degree of macro-economic and geopolitical uncertainties, high claims inflation, as well as rising natural catastrophe claims driven by climate change,” the rating agency said.