Reinsurance cycle no longer stuck to the bottom, analysts hope

Equity analysts believe that the reinsurance price cycle is lifting itself clear of the bottom of the market, thanks to a number of factors related to losses, profitability and excess capital. 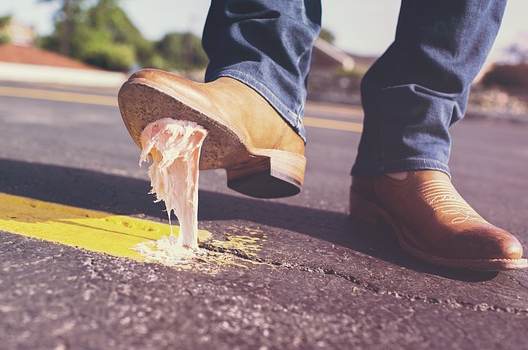 However the questions that have to be asked are, how high does the cycle need to lift itself in order to deliver sustainable returns on equity (RoE’s) for the traditional reinsurance market and is a slight increase going to be enough without a significant increase in expense and capital efficiency?

Traditional reinsurance firms have been struggling to make sufficient returns to keep them profitable across the cycle, it seems.

In loss free years everything is rosy, but dent profits and capital with repeated loss events and it’s easy to see why the calls for market hardening return.

Of course, those following closely over the last nearly a decade will be aware that the calls for hardening of reinsurance market pricing began almost as soon as rates started their steady decline.

Readers will also be aware that there have been plenty of opportunities in the meantime to boost rates, but the appetite of larger reinsurers and their ability to utilise diversification as a leveraging tool means rates just haven’t responded and continue not to, at the levels smaller to mid-sized players and Lloyd’s specialists may require.

Peel Hunt’s analyst team believe that the reinsurance cycle is lifting off the bottom in 2019, following the serious deterioration in claims volume experienced by the market.

As a result the rate cycle is gaining traction, they believe, with pricing improving at the same time as claims deteriorated and support for higher rates coming from both traditional and alternative sources.

But despite this, some traditional companies continue to struggle to provide value to their investors, as returns remain depressed and the uptick in rates look insufficient to make a real difference here.

2018’s returns for many reinsurers and specialty lines insurers are expected to be below cost-of-capital once again, as catastrophes, large man-made loss events and attritional impacts all dented profits.

The analysts see earnings consensus severely dented but also note that share prices are not fully reflecting this yet, which suggests more pressure from their investors to come for the affected insurers and reinsurers.

The conundrum is that after a difficult 2017, when they had record catastrophe losses to point to, 2018 did not deliver the same.

“The Cat losses are well below risk tolerances in an industry that is well capitalised, but not generating attractive returns,” the analysts said.

“Underlying underwriting margins have suffered during a 5-yr soft cycle that bottomed in H1 2017, and it is only recently that re- insurers have taken real measures to improve profitability. This is translating into better underwriting discipline and rates lifting off the cycle bottom.”

But is this happening too late?

It has to be asked whether some re/insurers have miscalculated their ability to sustain the lower pricing over the last five years or more and whether they are now looking to address the issue at a time when insurance-linked securities (ILS) capital is too abundant, experienced and available to allow them to recoup their losses?

ILS funds have also sought out rate increases and achieved them in the main at the January renewals and expect to achieve more in April and at the mid-year renewal seasons.

But these rate increases may not help re/insurers who are operating at RoE’s below their cost-of-capital, suggesting more pain over the longer-term for these players.

Re/insurers can clearly persist at the very low returns seen, delivering value through share buy-backs and capital return in the loss-free years to appease shareholders, but then struggling when the hits to profit increase again, as they inevitably will.

So what does this point to?

An increasing need to achieve scale and greater relevance for many traditional re/insurers and Lloyd’s players, we believe.

As well as to leverage efficiencies across the enterprise and to do this quickly, both across the capital side (by embracing third-party capital sources) and the operations (through expense and technology initiatives).

In fact, we’d go so far as to suggest that some of the players that sit in the most squeezed areas of the market would be much more profitable without equity shareholders of any note, and just with third-party capital balance-sheets for their underwriting. While at the same time going down a route towards efficiency that sees them shrinking their operations to purely a business that originates the highest quality risk for ILS investors.

Could this offer a way out for some smaller, very specialist underwriting houses? Perhaps.

But it does seem likely the desire to remain relevant could outweigh the willingness to take really drastic steps to secure their underwriting businesses future over the longer-term.

Reinsurance rates may come unstuck from the bottom, but it’s unlikely to be sufficient and permanent enough to support every participants we see in the market today.

The upshot is that we remain in a fascinating period where pressure will remain high on some, while the very large reinsurance firms continue to look to growth, expansion and shifting their operations to provide customer touch-points across the entire value-chain of risk transfer.

Smaller firms don’t have that luxury unfortunately, so tough decisions will have to be made about how to generate the capital and operational efficiencies that will allow long-term success to be achieved.

« Older article Hannover Re shows growth appetite at 1/1, despite only slight price rises