Regulation not solvency will cause the next hard market: John Seo, Fermat Capital

A $100 billion catastrophe loss would not cause a significant hardening of reinsurance rates given the industry’s capacity to absorb major losses and strong appetite from the capital markets, thinks John Seo, Co-Founder and Managing Principal at cat bond and ILS specialist investment manager Fermat Capital Management LLC. 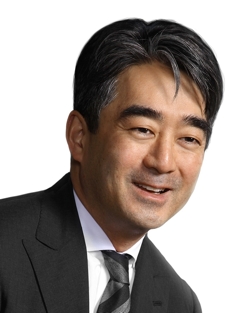 In an interview with Artemis in advance of the key reinsurance meetings at the 2016 Monte Carlo Rendez-vous, Seo explained his thoughts on where the insurance-linked securities (ILS) market is heading, as well as more general reinsurance trends.

He thinks action taken by regulators or rating agencies post-event is more likely to spark a correction, as it did after Hurricane Katrina in 2005 when rating agencies increased the stringency of rating standards on capital requirements for insurers. “People say you would need a $100 billion-plus event to harden the market, but what they’re forgetting is the market hardens on the regulatory side… the demand side,” he explains.

“Let’s say we had a series of events that added up to $60 billion industry loss,” he continues. “From a pure capital perspective, people wouldn’t blink an eye. But it could create concern amongst rating agencies that aggregation risk is more significant than they are comfortable with, so they create new rating rules around that. That would impact and test both insurers and reinsurers, creating a demand surge and automatically hardening the market.”

The way the reinsurance industry has changed over the past decade with the growing influence of the capital markets as a source of reinsurance capacity has fundamentally altered the reinsurance cycle, thinks Seo. Events that would have caused a hard market 20 years ago would not have the same impact today given the ease with which capital can move in and out of the sector.

As a result, traditional players need to adapt to the new normal. “The traditional side of the market is softening rates in the old style but not getting the old style rate hardening after an event,” says Seo. “It does mean of course that their return on capital over the complete market cycle is probably lower than planned.”

“All eyes are still on the traditional side of the market to see what they are going to do,” he continues. “There’s an understanding that prices have reset to a level where they are going to be over the next few years. We’re very close to bottom if we’re not there already.”

“Many reinsurers have been very astute about how they’ve been handling their capital by handing it back,” he adds. “Shrinking your capital to keep your return on equity is a good way to please your shareholders it doesn’t necessarily allow you to index your capital with the growing underlying catastrophe risk we have to deal with.”

Seo anticipates reinsurers will continue to seek to partner with third-party capital providers as a way of obtaining more efficient business models. “It is the obvious solution – having a front end with the full suite of financial services yet gaining scale where they need it for the very lumpy risks, potentially including cyber.”

When it comes to the opportunities surrounding cyber, Seo thinks the market needs to innovate and create products based around a parametric trigger.

“It’s the only way to resolve it in my mind,” he says. “Cyber is just a form of business interruption – the physical damage component that does exist is incredibly minor.”

“Very few cyber products have a parametric approach – although I am seeing some glimmers,” he continues. “Instead they write these huge casualty forms which nobody understands. The market is waiting for some case precedence in the courts to get clarity on how these policies are going to react… but that process could take ten to 20 years, and cyber evolves and moves so rapidly that it would obsolete any insight we get from that.”