The insurance-linked securities (ILS) fund market has experienced its largest ever losses in September 2017, final data from ILS Advisors index of ILS funds performances shows, with the average being a decline of -9.04%. 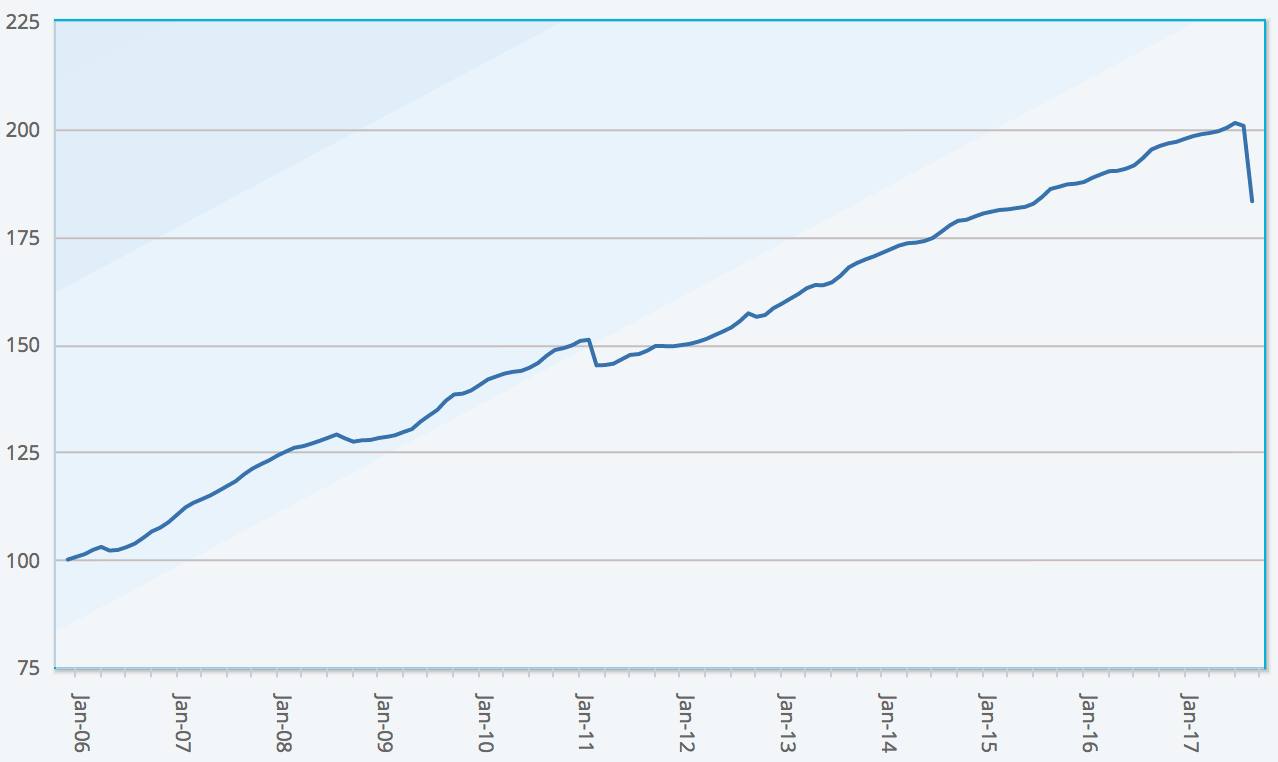 In total, 33 out of the 34 ILS and catastrophe bond funds tracked by the Eurekahedge ILS Advisers Index saw a negative return during the month of September 2017, as the impacts of hurricanes and earthquakes drove the entire ILS market to a decline.

Following on from a negative August, in which the average return of 34 constituent insurance and reinsurance-linked investment funds sank to -0.34% on the impact of hurricane Harvey, September has been significantly worse for ILS funds, as the impacts of hurricane Irma drove major losses and Maria further still.

With the average return of ILS funds in September falling to -9.04% and 33 out of the 34 tracked ILS funds reporting negative returns, the impact has been widespread across the market.

However, all is not equal in ILS fund losses with strategy and the types of contracts underwritten dictating the scale of losses an ILS fund suffers.

While the catastrophe bond market suffered a decline of over -6.5%, on a total return basis, private contracts exposed to insurance and reinsurance risks in Texas, Florida and Puerto Rico suffered the most.

Hence the ILS funds that invest in private ILS contracts and collateralized reinsurance and retrocession fared the worst.

Further reflecting the different impacts of recent events, the pure cat bond funds as a group dropped by -4.66% , but the ILS funds that invest in private ILS and collateralized reinsurance dropped by -12.11%.

On an annualised basis, that means that the private ILS funds now trail cat bond funds by 10.81%.

To the end of September the ILS market was down by more than -7%, so is heading for its most negative year on record.

Stefan Kräuchi of ILS Advisors explained that loss estimates remain preliminary for these recent events which could affect future months performance, “It’s noteworthy that the loss figures are still very preliminary and the estimates provided show a wide range, mainly because the three hurricanes happened in a short interval and available loss estimates are top down estimates. In the coming 2-3 month we expect more certainty in the loss data and possible adjustments to the fund performance as well.”

This means some funds may find they can boost future months performance, as market-to-market prices of catastrophe bonds rebound, while some private ILS contracts find that losses associated with them are lower than initially anticipated.

Of course, there is also the chance that some positions worsen, and that loss reserves have to be increased, especially for aggregate reinsurance arrangements.

A number of ILS funds investing in collateralized reinsurance have experienced declines of -15% to -20% for September, having marked down losses for many positions exposed to hurricane Irma. But with Irma losses in Florida perhaps not stacking up as rapidly as had at first been expected, there is a chance that some of these reserves may have been made at levels higher than are eventually needed.

But with losses also now threatened due to the California wildfires, it looks unlikely that the ILS market could recover enough to post a positive return for the year.