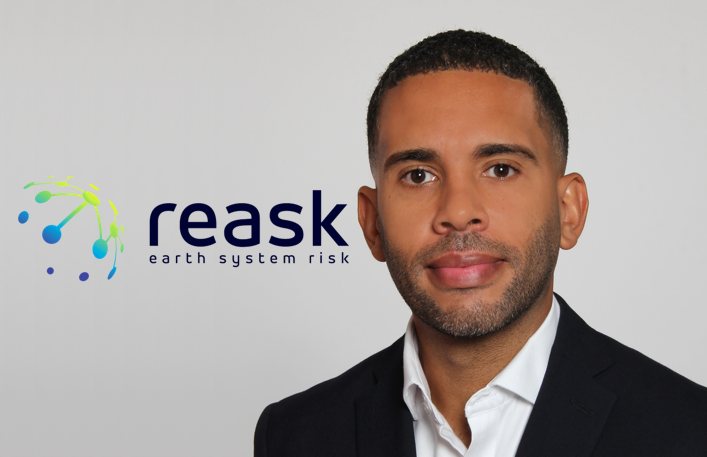 Rodney takes over as Chief Executive Officer of Reask from Thomas Loridan, as the company looks to strengthen its science offering, while enhancing its organisational structure to support an expanded team and an ambition for accelerated growth.

Rodney, through his time working at catastrophe bond, private ILS and reinsurance linked investment manager Twelve Capital is a respected reinsurance and capital markets specialist, with a core ability in catastrophe risk modelling and climate science.

New CEO of Reask, Jamie Rodney, spent almost five years in the ILS market with Twelve Capital, as an Executive Director with a focus on modelling, science and climate related risk and how they influence creation and management of ILS products.

In his time at Twelve, Rodney worked closely with Reask as the two entered into a hurricane research partnership utilising Reask’s artificial intelligence techniques and models to gain a better understanding of global hurricane and tropical cyclone activity.

Prior to Twelve Capital, Rodney worked at reinsurance broker Willis Re as a Divisional Director, Catastrophe Analytics, before which he spent a year at Tokio Millennium Re and nearly three years at catastrophe risk modeller RMS.

In working with Reask during his time at Twelve Capital, Rodney became one of the modelling specialists first clients and was a driving force behind the development of one of its first products.

Hence, he has a deep understanding of the business, as well as a core appreciation of the potential for the use of advanced technologies in modelling natural peril and climate risks, plus why that matters to risk capital providers.

“We have known and worked with Jamie for over a decade now, and no one is better placed to understand both the technical and cultural pillars on which Reask was built,” Thomas Loridan, CSO explained. “He will lead Reask into a new chapter of growth, focused on maximising the market fit of our offering. With Jamie on board, we will equip our industry with the tools it needs to better quantify risk in a changing climate.”

Rodney added on his appointment as CEO, “Reask’s award-winning approach is leading the way in providing new technologies that quantity risk from the increasing complexity of natural hazards. I have first-hand experience of how Reask provides solutions to the industry’s most challenging climate-related questions, and I am excited to be part of such an innovative, driven, and inspiring team.”

In his time at Twelve Capital, Rodney had a key role in product development and portfolio management across the firm’s mixed Private ILS and Cat Bond investment strategy, and led the analytics and thought-leadership for all ILS-related investments.

He was also the ILS Investment Committee Chair and sat on the Investment Oversight and Valuation committees.

Earlier this year Reask gained a significant vote of confidence from Chinese technology giant Tencent, which led a seed funding round for the company.