The insurance and reinsurance market remains “fundamentally cyclical” in nature and while price increases may not be as significant as a decade ago, Lancashire Holdings CEO Alex Maloney says rates have now lifted off the bottom of the cycle. 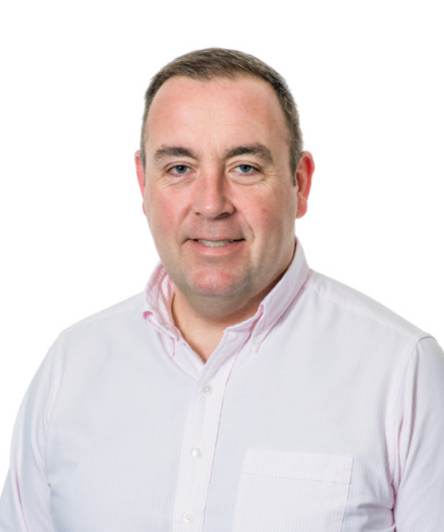 The reinsurance market cycle, or the movement in rates and pricing following either major industry losses or other reasons for a contraction in market-wide capacity, has been characterised as being dead, due to the introduction of efficient capacity from the capital markets.

But after the catastrophe losses of 2017 and 2018, the impacts on insurance-linked securities (ILS) and third-party capital backed reinsurance became clearer at this year’s January reinsurance renewals, which Maloney believes provided evidence of the persistence of the market cycle.

The January 2018 renewals did not offer any clear evidence of a market cycle, but the Lancashire Chief believes January 2019 provided that evidence.

“Investors can only sustain losses and low returns for a limited period of time, so it was no surprise to me that the round of 1 January 2019 reinsurance renewals seems to have resulted in more limited availability of reinsurance capacity to the markets and a corresponding improvement in reinsurance pricing,” Maloney explained.

“Whilst the wheel may turn slowly on occasions, I firmly believe that the (re)insurance business remains fundamentally cyclical in its nature,” he continued.

Writing in his firms annual report, Maloney explains that the reinsurance market has finally lifted off the bottom, something that has given Lancashire the confidence to expand its book slightly at renewals, for the first time in a number of years.

Lancashire has always said it would wait out the soft market and look to deploy more capacity as and when opportunities allow.

This was evidenced at the January 2019 renewals both in its traditional book of reinsurance and also with its multi-class retrocessional reinsurance product underwritten through the Kinesis third-party capital platform.

2018 saw a “halt in pricing falls and some encouraging areas of stronger pricing,” Maloney said.

But it was after the consecutive years of major catastrophe losses and the resulting trapping of collateral that the real opportunity came for Lancashire.

“On balance, I think that the insurance and reinsurance markets have now moved off the bottom of the pricing cycle,” he explained.

Part of the reason for this is not just a response to the immediate impact of the last two year’s of losses though, it’s more a realisation of and action being taken to address the lack of profitability in certain areas of the market place.

For underwriting to be profitable there is a need for loss costs to be covered, as well as cost-of-capital and enterprise endeavour.

In certain areas of the reinsurance and specialty insurance market in recent years pricing has barely allowed underwriters to cover their losses, let alone pay for the expense of running an underwriting business.

For the insurance-linked securities (ILS) market and third-party capital it is the loss costs of the last two years that have driven the contraction in capital and helped to enforce stricter pricing discipline at this renewal.

Expense and endeavour costs have not risen significantly for ILS players, where as for traditional reinsurers the investments they are making in innovation and technology are yet to deliver the really tangible expense reduction that they need to find.

While capital still continues to get more fungible and its costs remains low as well.

Hence it is encouraging that it seems underwriting performance is the driver of better pricing and the factor that has lifted rates off the bottom, as that is really how it should be in 2019 (expenses should be coming down and capital costs shouldn’t be rising).

That’s not to mention payback, the vaunted ability to get paid back for all of the losses you suffered in previous years.

In the past this was the driver of the market cycle it seems, the desire to achieve payback seemed to override the desire to operate sustainably profitable underwriting businesses. Something that, as the cost-of-capital has come down, seems to finally be becoming less of a motivator for price rises than underwriting performance and profits over the longer-term.

Maloney explained, “Boards and regulators, in particular Lloyd’s, are at last focusing on the need for each line of business to be underwritten on a sustainable basis,” adding “That is good for the markets and good for Lancashire.”

Yes, the price increases seen in January may not have been as significant as some would like to have seen.

While underwriting profitability and loss costs remain the major driver of price trajectory in reinsurance, there are other factors at play here including the ability of major global players to discount for diversification sake, plus the appetite to not let market-share slip in some key areas.

European reinsurance program renewals provided another stark reminder that underwriting at a sustainably profitable rate is not always front of mind.

Here rates continue to sit in the doldrums, at levels where many ILS fund managers and collateralised reinsurance underwriters prefer to just avoid programs rather than taking small chunks at pricing levels barely above expected loss.

But the major players in reinsurance continue to soak that business up, as they make use of their ability to diversify alongside their desire to dominate certain regions.

Sustainable or not, these strategies can only persist over the longer-term if rate is being found elsewhere, which is partly why so many are optimistic about the coming April renewals and June / July.

After the losses and given rates remain depressed in other regions, areas such as Japan, Florida and U.S. catastrophe exposed programs really need to see some level of rate increase in order for many business models to honestly say they feel adequately compensated for their underwriting.

Cost-of-capital is a key factor, of course, as those with the lowest can sustain the lower rates. But even among this cohort in the market, the recognition seems to be that increases are required.

While fundamentally cyclical, as Maloney says, the cycle is not the same as even a decade ago and reinsurance is not going to return to the enormous rate increases of the past, unless we see something truly historic in terms of financial impact to the sector.

But the fact rates are seen to be off the bottom and that this is being supported by a broad swathe of the market (on all sides) is encouraging for the upcoming renewals and may suggest that, this time, the new pricing floor may be a little more sticky than before.

How sticky it proves to be will largely be determined by future loss costs, cost-of-capital and capital inflows, we believe.

A period of more benign losses, a hike in capital efficiency for all or a segment of the reinsurance market, or significant inflows from traditional (see start-ups) or alternative (ILS) sources could turn the price floor into an illusion, leading us all to look for the next cyclical bump in the road.