Property cat reinsurance up 6%, retrocession up 13% at Jan renewal: Howden

Global risk-adjusted property catastrophe reinsurance rates-on-line rose by an estimated 6% at the January 2021 reinsurance renewals, according to analysis by Howden Broking.

That’s the biggest year-over-year increase in property catastrophe reinsurance rates seen in more than a decade, the broking group arm of Hyperion explained.

At the same time, Howden sees retrocessional reinsurance rates as having risen by 13%, with a cumulative increase of more than 50% now evident over the last four years.

First, property catastrophe reinsurance, where rates have now been flat to rising since January 2018. 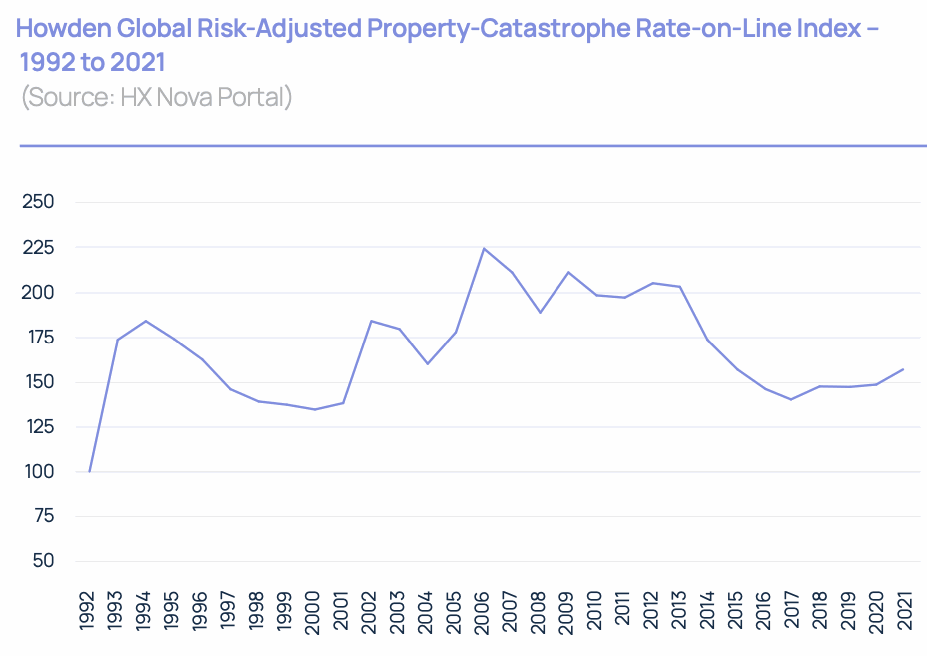 On Howden’s data, global risk-adjusted property-catastrophe reinsurance rates-on-line rose by an average of 6% at the January 1st 2021 renewals, as the chart above shows.

This was better than the roughly flat outcome of the January reinsurance renewals a year earlier, and the biggest year-over-year increase in more than a decade, Howden explained.

Key in driving the better rate environment were loss experience from COVID-19 and another hyperactive natural catastrophe year, the broker said.

Notably, the European catastrophe reinsurance renewals saw price increases for the first time in many years.

“A notable development was nevertheless observed in Europe: the almost habitual experience of flat-to-down renewals relented, as the balance of power shifted slightly towards markets who were able to point to low margins and significant COVID-related business interruption losses emanating from European insurers,” Howden explained.

Next, retrocessional reinsurance, where increases have been running ahead of reinsurance due to more severely contracted levels of capacity. 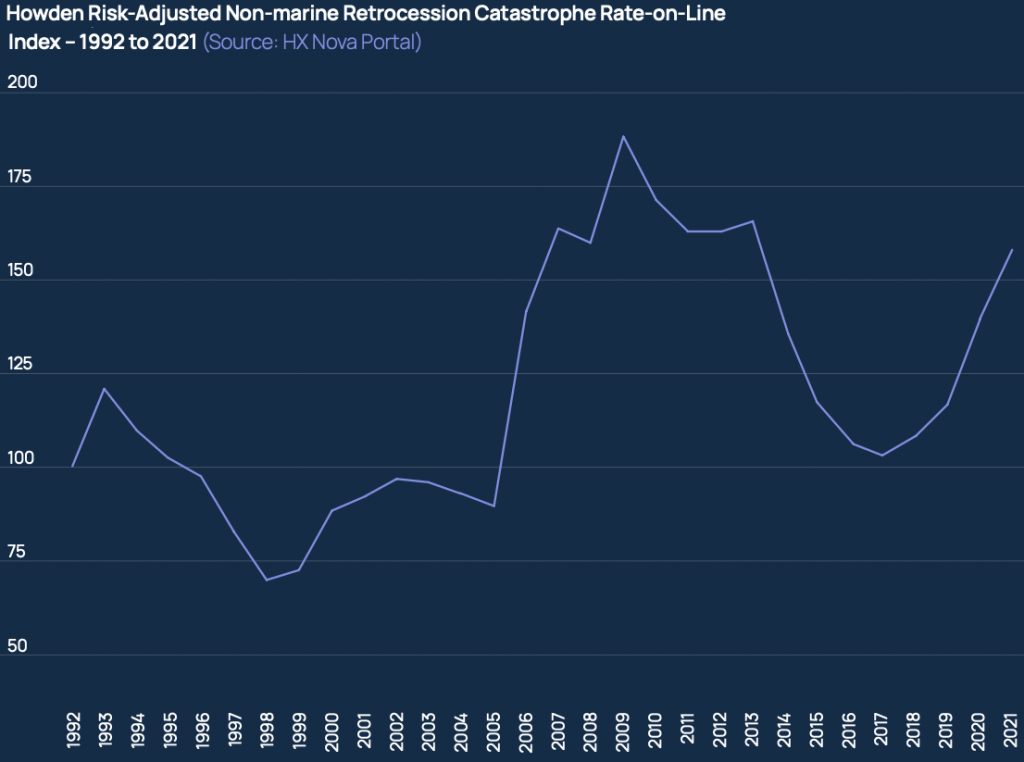 “Another year of losses and limited capacity in the retrocession market resulted in risk- adjusted retrocession catastrophe excess-of-loss rates-on-line rising by 13% on average at 1 January 2021,” Howden said, which you can see in the chart above.

Capital inflows did cap rises below where expectations had been set, Howden acknowledged, but now four consecutive years of price increases have returned the cost of retrocessional reinsurance protection to levels last seen in January 2013, the broker explained.

Howden said that in retrocession “the soft market declines have now reversed fully” which it believes equates to a roughly 50% increase in retro pricing over just the last four years.

But, the catastrophe bond market saw record activity levels, as our new report details in full, which helped to fill some gaps in retro programs at efficient rates.

The frequency of catastrophe loss events in 2020 meant that aggregate retrocession covers bore the brunt of the rate increases, with aggregate protection at a premium at the January 2021 renewals, Howden said.

Ceding companies adjusted their towers to deal with retro market conditions and Howden said that some of the more strongly-capitalised retrocession buyers looked to retain more risk.

While the more leveraged reinsurers attempted to restructure retro programmes to increase their affordability, taking steps such as moving from aggregate covers to per-occurrence retro, or by narrowing coverage from all perils to named perils only.

In addition, accessing the catastrophe bond market where capacity availability was more favourable was seen as another way large retro buyers managed the tighter and firmer retro renewal market conditions.