Rating agency Fitch questions whether the reinsurance market can sustain the rate rises seen at the January renewals throughout 2018 and beyond, as long as capital levels, including from insurance-linked securities (ILS) players, in the sector remain high and excess capacity is there to be deployed. 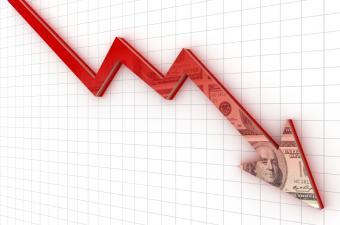 “Intense market competition and the endurance of alternative capital have depressed prices in recent years,” Fitch Ratings explains in its latest report on the Bermuda reinsurance sector.

The Bermuda reinsurance market’s participants are expected to report elevated combined ratios for 2017, averaging around 108% to 109%, according to Fitch. This is higher than the 107.1% reported in 2011.

Over 20% of the 2017 combined ratio is expected to be from catastrophe losses suffered due to hurricanes Harvey, Irma and Maria, as well as other events like the California wildfires.

The heavy toll suffered by reinsurers means that they are keen to hold onto any pricing ground recovered at the January 2018 renewals, but Fitch says the rate rises experienced are unlikely to be sustained.

While the rate rises put an end to the soft market of the last five years, the increases seen at 1/1 were lower than had been hoped for.

Some believe that the mid-year renewals, where much of the Florida property catastrophe market’s reinsurance is renewed, will see a continuation of the rate increases, such as S&P who calls for double-digit rate increases. But Fitch is less convinced.

“The increases look modest and it is questionable whether there will be a longer-term shift to a harder market,” Fitch explained, citing “The still-strong capitalization in the global (re)insurance market and extra capacity from the insurance-linked securities (ILS) market.”

The pricing improvements seen at 1/1 are “unlikely a sustainable trend,” Fitch explains.

Rate increases were smaller and not as widespread as reinsurers had hoped for, despite the very high levels of catastrophe losses witnessed in 2017.

This is testament to the resilience of the reinsurance market, now that it has changed structurally and has a growing and supportive pool of alternative capital providing much of its retrocession, as well as spreading out the impact of major losses, in our opinion.

“The improved pricing environment is likely to be short-lived, with additional rate increases uncertain moving into mid-year renewals,” the rating agency continues.

The June reinsurance renewals with their Florida focus will be particularly telling, Fitch said, given the impacts of hurricane Irma and the losses suffered in the state. If rates do not move by as much as hoped for at June, it could be indicative of a gradual return to softening.

“There was initial uncertainty as to whether the capital markets would return in full force following losses paid and trapped capital from lengthy claims settlements,” the rating agency continued, noting that “In actuality, the ILS market reloaded to record levels in time for the Jan. 1 renewals, with growth in both collateralized reinsurance and catastrophe bonds.”

As we’ve highlighted before, Artemis’ directory of ILS investment fund managers has grown since the catastrophe losses, with the ILS fund managers listed now commanding an impressive $87 billion of assets between them. This is almost $6.5 billion higher than the figure we had at the start of September 2017.

Fitch notes that the, “significant catastrophe loss activity in the third quarter did not deter capital market investors in the following months.”

The signs are that after the renewal the appetite of institutional investors to allocate capital into insurance and reinsurance linked investments continues to grow, with a number of start-up vehicles and new ILS funds set for launch in time for the mid-year renewals, we understand.

The endurance and indeed resilience of alternative capital and the ILS business model cannot be questioned after last year’s catastrophes. The sector has come out the other side of its losses larger and focused on continued growth.

Hence the capacity from the ILS market will weigh on rates at the mid-year reinsurance renewals, but only as much as the continued over-capitalisation of traditional capacity.

The behaviour of the traditional market at renewals has been overlooked in recent years, as analysts, reporters and rating agencies often look to blame the capital markets and ILS for rate pressure.

However, the January renewals showed that traditional reinsurers coming in with late and low bids for renewal business, in order to grab the volumes of premiums they desired, had an equally large effect on pricing.

In fact, we’re told that in numerous cases late and low bids from traditional reinsurers caused other reinsurers and ILS funds to decline to underwrite positions they had been reviewing. This late flurry of capacity focused on catastrophe renewals helped to dampen the overall rate increases considerably at 1/1, we’re told.

Should this happen again at the June and July renewals it seems unlikely the rate increases seen at 1/1 will be sustained for long.

Absent another major catastrophe year in 2018, it is hard to see how the reinsurance market nears January 2019 without its rates being on a downward slope once again.

It’s not just an enduring ILS market that will cause the next rate decline, but a well-capitalised and sometimes over-eager traditional reinsurance market as well.

It might help if the market stops trying to get the best price for its capacity, instead focusing on achieving the right price that suits its cost-of-capital (or not deploying it at all).