As the reinsurance industry begins its discussions on the prospects for January 2019 renewals buyers are pushing for rate reductions in lines of business that have been performing, but a fully soft market is not a foregone conclusion. 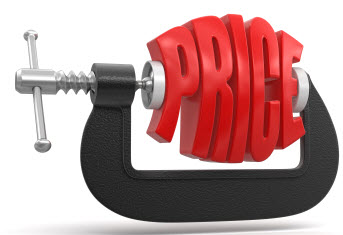 The market is trying to support rates in areas where loss costs have accelerated in recent years and where combined ratios have left little room for a profitable margin.

But still the expectation is for flatter to slightly down rates across many areas of the market in 2019 and any impacts from hurricane Florence are unlikely to change that expectation.

Analysts at Peel Hunt explained that, “Reinsurers are taking the recent loss of rate momentum in their stride, awaiting the outcome of the Hurricane season. However, reinsurance buyers are already looking for rate reductions particularly on good performing lines.”

This leads the analysts to question whether reinsurance firms and insurance-linked securities (ILS) funds will “behave rationally” in 2019, following the deceleration of rates at the mid-year renewals.

“Based on current pricing practices, it is difficult to justify the industry’s current poor returns on capital, unless one assumes zero catastrophe losses,” the analysts suggest, something that is becoming increasingly clear in the poor margin contribution from actual underwriting of reinsurance business.

Peel Hunt believes this also applied to the ILS market though, as “It is hard to see how even alternative capital providers can be satisfied with the modest rate increases achieved at the US renewals.”

However, we’d suggest that ILS end investors remain satisfied enough with rate in the sector at this time and still value the diversification from ILS investments, but should further losses make this another disappointing year the pressure to lift rates may increase.

The analysts question the strategy of institutional investors who continue to put assets into the ILS market, suggesting that after the reload for 2018, “New capital was not very price sensitive despite the loss of principal following the major catastrophe losses in 2017.”

They call ILS investors insensitive to price, which is for the significant majority untrue as investors remain very focused on returns and meeting their specific capital’s return hurdles.

A better question would be whether rates are risk commensurate, rather than whether rates should have risen at the mid-year renewals, we believe, as investors return hurdles can differ.

Investors do believe that their loss costs are covered by ILS returns still (again in the main), which is part of the reason for the lack of rate movement. If they didn’t believe that, the deployments would not be happening and anyone who deployed capital without checking their end investors were ok with the targeted returns may find their business has a shortened shelf-life.

Peel Hunt call ILS investors ambitions to grow their portfolio contribution from ILS returns, “A ‘tanker’ that will continue to deploy capital seemingly insensitive to returns or pricing.”

It’s not really a fair statement as there are plenty of ILS fund managers and major ILS investors that have demonstrated discipline at recent renewals, while there are also plenty of traditional markets that haven’t.

Peel Hunt’s accusations of the ILS market and its investors insensitivity to price is poorly aimed, we believe, as it should be targeted at all sides of the market.

There is a need for rates to cover loss costs, cost-of-capital and enterprise endeavour, beyond that just because a type of capital feels it can deploy at a more efficient price does not always mean it lacks discipline.

Peel Hunt also said that, “There is an increased awareness amongst third party capital providers that reinsurance underwriters need to have ‘skin in the game’.”

Adding, “Underwriters need to act as principal and agent when transferring risks to third party capital providers; this debate has started post the 2018 renewal season.”

It will be interesting to see how that debate goes, at a time when competition has been on the rise again.

Discipline is key, but opinions on disciplined pricing differ and capital efficiency has a bearing here.

Peel Hunt’s wording should create discussion in the market, but it does seem that the majority of ILS funds are maintaining their discipline well so far in 2018.

Much more capital could likely have been deployed at the mid-year renewals, as many had capital committed and available. It wasn’t called on, as ILS fund managers are in the main aware of when to hold back. Some end investors have been downsizing allocations, or right sizing to suit the current opportunity versus their capital costs as well.

The analysts note that the sidelined capital is waiting for a 10% to 15% uplift in rates before it will be deployed, which in itself refutes their suggesting that ILS capital is price insensitive.

But that also suggests that January could be less competitive than assumed at this time, as those kinds of increases appear very unlikely right now which may mean a more orderly renewal (of sorts), as there’s enough capital in the space to meet demand already.

As buyers push for better pricing it is up to the market to put its collective foot down and say no, if they truly believe rates won’t cover their loss costs, capital costs and enterprise costs anymore.

But those three costs are different for different business models, forms of capital and strategies.

So whether capital is being price insensitive or not is incredibly difficult for anyone to really know, without keenly understanding the underwriters’ underlying costs-of-capital, return expectations and how they value the asset classes contribution to their portfolio returns.