The issues of under-insurance and the disaster insurance protection gap means people lack financial support after catastrophes strike and if the state always has to intervene after the loss event, perhaps the state itself should be buying risk transfer protection, according to Christian Mumenthaler, CEO of Swiss Re. 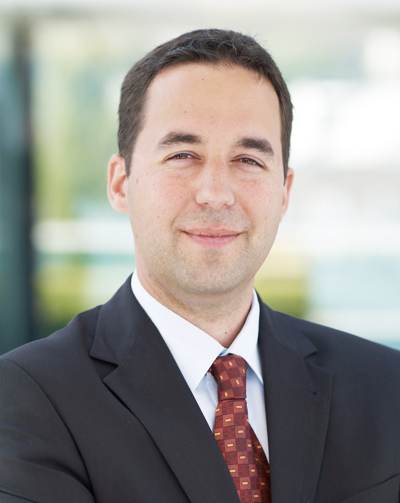 Christian Mumenthaler, the CEO of global reinsurance giant Swiss Re, discussed the issue of under-insurance in a recent interview with German paper Handelsblatt.

His firm Swiss Re has been increasing its focus on issues related to the protection gap in recent years, highlighting the business opportunity that is presented by the opportunity to put more of the reinsurers capacity behind emerging risk pools and into products that help in narrowing the gap.

But sometimes even the world’s largest re/insurance firms have to admit that they cannot expand insurance penetration on their own and that the state or government needs to also take responsibility for protecting its people and tax payer’s assets.

“Unfortunately, many people do not buy insurance,” Mumenthaler explained in the interview, adding that part of the reason for this is the widely held belief that the state will help out if the worst happens and disaster strikes.

He highlighted the chronic under-insurance of earthquake risks in California, saying that while only a small percentage insure themselves against this risk more could easily afford to, but there is an “aversion to insurance.”

“If in some regions the state always has to intervene, then one has to consider whether perhaps the state should buy insurance,” Mumenthaler suggested.

Here we would add that firm’s like Mumenthaler’s own reinsurance giant Swiss Re are often partnered with the capital markets to provide sovereign or state level risk transfer solutions and this partnership has huge potential in helping to narrow the protection gap.

Private insurance and reinsurance markets alone cannot close the protection gap successfully without taking the risk transfer up from people and corporations, to protect the state and also the providers of international capital that flows into catastrophe exposed regions.

Here the ability of traditional re/insurance expertise, alongside the depth and liquidity of the capital markets, is the perfect solution for addressing the requirements for state level risk transfer.

If the state can be made accountable for protecting itself and its taxpayers using risk transfer, then perhaps the providers of capital to international markets can be as well, which would in turn stimulate corporations to better protect themselves, their staff and the communities they operate in, enabling a functioning tiered risk transfer and insurance market that would make personal protection a more affordable goal as well.

Through the tiering of risk transfer the gaps in protection can be narrowed, but working from bottom up, using micro-insurance techniques never reaches the scale required on its own. As too working top-down alone, targeting the state, does not necessarily mean insurance protection will become abundant and affordable either.

The two approaches, micro and macro risk transfer, do need to be worked on in tandem, so that the protection to the capital a country functions on (from state or investors) is in place, meaning the local and regional insurance market’s can work more efficiently, safe in the knowledge that policyholders interests are being protected at the government and international finance levels.

Mumenthaler’s comments are worth highlighting, as too often it is forgotten that the state has a responsibility to not just protect people’s lives and livelihoods, but also the capital and assets of the state without placing a burden of recovery on taxpayers.

As a result, state’s acquiring risk transfer is a valuable piece of the tiered risk marketplace puzzle that can help to begin to narrow the protection gap.

The capital market’s, working alongside companies like Swiss Re, can play a vital role in providing the huge amounts of capacity that could be required, if meaningful steps are to be taken to address the still expanding protection gap.