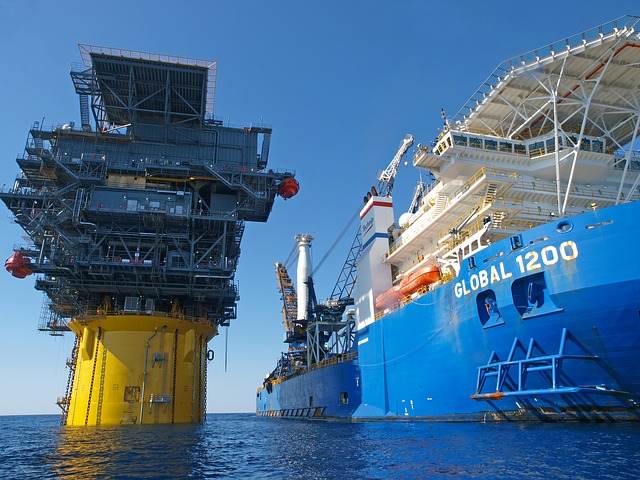 The service was used within months, with a marine and energy industry loss warranty (ILW) transaction traded using the PCS Global Marine and Energy non-elemental industry loss index service, and reinsurance linked investment manager Twelve Capital providing the capacity to back the deal.

PCS then enhanced the service in 2019, offering to break down estimates for non-elemental marine and energy industry insured loss events by line of business.

Now, PCS is exploring a further expansion of the service, looking to add elemental loss events to its Global Energy & Marine estimates and index reporting services, to facilitate hedging and trading of instruments when storm’s are in the water.

Which is something that could have been particularly useful during recent hurricane Laura, although PCS’ Tom Johansmeyer noted that risk modellers estimates of offshore energy losses from Laura may be too high.

Head of PCS Johansmeyer told us, “Our initial talks with the market suggest that the offshore energy loss for Hurricane Laura seem unlikely to reach US$250 million. Of course, it’s still early days. That said, the decline in insurance for the energy sector in the Gulf of Mexico over the past decade has reset for re/insurers what constitutes a ‘large’ loss for the area.

He continued to say, “From what we’ve heard so far, something over US$250 million seems like a stretch. As we’re not yet reporting elemental marine and energy, our views on offshore losses from Hurricane Laura are just based on a series of client conversations and aren’t going to be included in any existing PCS loss report.

“We are taking a look at adding elemental marine and energy to the PCS Global Marine and Energy loss platform, and when we more forward with that sort of reporting, we may add an entry for Hurricane Laura to that platform. However, it won’t show up at all on the bulletin for the onshore catastrophe loss estimate in the United States. The market needs to be clear on that.”

The Gulf of Mexico remains an important location for insurance and reinsurance interests, with a significant concentration of exposure from the energy industry. both offshore and onshore, as well as significant marine exposures as well.

Johansmeyer said, “Even though Hurricane Laura’s offshore insured loss seems to be low so far, that doesn’t mean re/insurers should take their collective eye off the Gulf of Mexico. There’s still enough catastrophe activity and potential for insured loss to make the region highly relevant, and the need to gain access to alternative risk transfer resources for Gulf of Mexico elemental marine and energy persists. Even if it’s not energy with Hurricane Laura, future tropical storms could cause losses to both energy and marine assets, with yachts a particular concern.

“PCS is currently in the process of reviewing historical elemental Gulf of Mexico insured loss events in order to expand the coverage of the PCS Global Marine and Energy platform.”

Johansmeyer further explained that covering nonelemental marine and energy worldwide, the expansion would fill a crucial gap in the global re/insurance and ILS community’s analytical and alternative risk transfer capabilities.

“We’re still taking a look at geographic scope, reporting thresholds, and how we’d integrate and categorize elemental Gulf of Mexico in the PCS Global Marine and Energy platform. We’re optimistic that we’ll have something for elemental Gulf of Mexico in the next couple of months, but if someone has an urgent trading need, we could probably accelerate the product launch. North Sea and the rest of the world may take a bit longer, but they’re on our radar as well.”

The ability to access a third-party data source for offshore insured loss estimates after major natural catastrophe or weather events, as well as marine loss events as well, could provide new and interesting hedging options for those specialty insurance and reinsurance underwriters with significant exposure in storm threatened regions like the Gulf.

Of course, it also extends opportunities to ILS funds and investors to put capacity behind instruments directly hedging offshore and marine exposure to elemental risks such as hurricanes.