Property Claim Services (PCS), a division of Verisk Analytics, has provided its first estimate of the insurance and reinsurance industry loss from the two Turkish hail storm and flooding events that struck the country in July 2017 as around US $300 million combined. 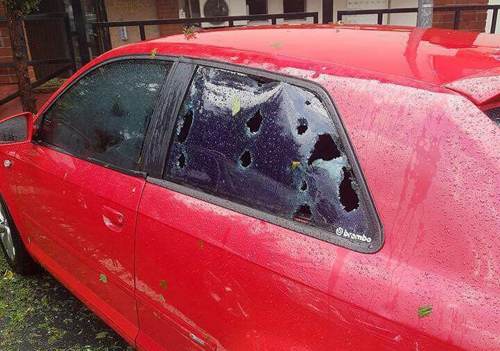 PCS launched its PCS Turkey operation  in 2016 in collaboration with the Istanbul Underwriting Center, seeing the firm starting to analyse and report on insured industry losses caused by all natural and man-made perils, with an event reporting threshold set at TRY 30 million.

The two severe storms, occurring on July 18th and July 27th 2017, saw extreme hail and rain causing significant property damage and flooding, which at the time PCS designated them as events were estimated to have been around a US $200 million industry loss according to local companies.

Now, PCS has spent the following weeks activating its post-loss event data aggregation service and it has now released its first official estimate, putting the combined impact at 1.032 billion Turkish Lira, around US $300 million.

The data is important to local insurers and also the international reinsurance industry, with major players exposed to catastrophic impacts in Turkey. Industry loss data is frequently used in triggers for coverage structured on an industry loss warranty (ILW) basis.

Tom Johansmeyer, Assistant Vice President, PCS, explained the events and the initial PCS estimates; “Working with the Istanbul Underwriting Center, PCS focused on a methodology for catastrophe loss aggregation that would be as useful as possible to the local market and the global insurance and reinsurance industry. With an event designation threshold of TRY30 million, PCS Turkey is able to report on a wide range of catastrophe events that are relevant to insurers and reinsurers, rather than just the sorts of event that would trigger a remote retrocessional cover. Additionally, the inclusion of the three core classes of business for PCS – motor, personal, and commercial – provides a broader view of important events. Interestingly, PCS Turkey Cat 1711 would not have qualified for evaluation in our methodology without the motor losses, and 1712 would have been much smaller.

“Hail of this magnitude may not occur frequently in Turkey, but a catastrophe loss aggregation methodology should be sufficiently flexible to capture the unexpected. The industry may focus on earthquake and flood in Turkey – which account for all PCS Turkey historical events going back to 1999. However, the three most recent events wouldn’t have been tracked under a narrower scope of perils. We’re committed to supporting the Turkish insurance market broadly and fully.

“To date, PCS has designated three catastrophe events since launching our historical database a little over a year ago. These three events represent more than TRY1.5 billion in insured losses.”

The Turkish insurance industry is growing fast and an increasing number of global reinsurance players find themselves exposed to events such as these. With Turkey having exposure to earthquakes and storms such as these it’s expected that the industry will utilise the resulting data to help analyse their own exposures and structure protection against loss events.

The majority of both event losses are from automobile damages, largely due to the large and severe hail and subsequent flooding.