Global catastrophe loss data aggregator, Property Claim Services (PCS), is “excited” at the prospect of its county-level industry loss data for all 50 U.S. states going live in early 2019, an enhancement that could make industry loss triggers more sensitive to losses at a county level. 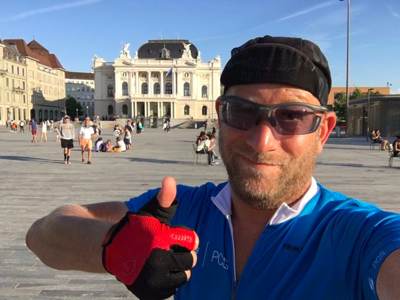 Co-Head of PCS Strategy & Development at ISO, Tom Johansmeyer, recently spoke with Artemis about the company’s new county-level efforts, explaining that since he joined Verisk in 2012, “county-level data has been the single most requested enhancement to PCS.

“We’re pretty excited that it’ll be live soon. The operations team has done some fantastic work so far. They have a bit more effort in front of them, still. The job isn’t finished yet. But, they’ve made excellent progress and are working their plan very well. We all feel good about a launch early next year.”

PCS expects to go live with its county-level industry loss data in the middle of the first-quarter of next year, with all 50 states and U.S. territories and possessions.

The broadening of its offering may help to make PCS data even more widely used within reinsurance and in particular retrocession arrangements, with county-level loss data providing a much more granular way to structure triggers for contracts.

Johansmeyer explained that while it might be tempting to take a limited view of the market, for instance, just Florida, the firm’s understanding of U.S. catastrophe risk highlighted pretty quickly that single-state solutions don’t hold as much value as they intuitively might seem.

“Just take a look at last year’s cat activity. Hurricane Irma is mostly discussed as a Florida event, although it did have significant implications for other parts of the country. Hurricane Maria’s effect as overwhelmingly centred on Puerto Rico, and Hurricane Harvey parked itself over Texas for days before stretching into other states. A Florida-only index simply wouldn’t meet the needs of the global insurance and reinsurance market. The same is true for Texas.

“We contemplated single-state solutions—or taking on a handful of states—in the early days of the county-level estimates product, but in speaking with clients up and down the value chain, it became pretty clear that something addressing the entire United States just made more sense,” said Johansmeyer.

Artemis was eager to learn how PCS got to the county level, and Johansmeyer was quick to point out that there isn’t a modelling component to it.

“This isn’t a county-weighted estimate product like the stuff we saw in the market five or ten years ago. We aren’t breaking down our state-level estimates with a cat model. Instead, PCS is collecting county-level industry loss estimates from insurers and other sources to provide true industrywide loss estimates by county in the United States.

“What PCS has historically done at the state-level, we’re now making available by county.”

Reporting county-level industry loss estimates could make industry loss triggers more sensitive to losses at a county level, which is a positive thing. Furthermore, reporting at a more granular level might also encourage more people to utilise it for hedging purposes, ultimately providing market participants with a more comprehensive, and holistic view of industry loss estimates.

“PCS will provide county-level estimates for all three classes of business (personal, auto, and commercial) —and for both insured losses and claim counts—for events of at least US$1 billion. Based on our heavy market research, we’ve seen the most interest in county-level estimates at that threshold,” explained Johansmeyer.

Importantly, he continued to note that it isn’t just earthquake and hurricane risks that will be covered by its county-level industry loss estimates, something that reinsurance and retrocession buyers will be delighted to hear.

“We believe that the focus on only the potentially largest-loss events tends to be a bit short-sighted. In the United States, of course, earthquakes and hurricanes do tend to cause the largest insured losses. However, we’ve seen that some hail and severe convective storm events can cause larger insured losses than smaller hurricanes. It’s not unusual to see a hail event exceed US$1 billion. We’ve also seen winter storm losses reach that threshold. And we only need to look to last October—and to this year, frankly—to see how big wildfire can get.

“And those are just the natural catastrophes. PCS has other multibillion dollar losses, as well, including terror (listed as fire and explosion in the database). Adjusted for inflation, some past events might wind up reaching above US$1 billion, as well.

“It’s best to remember that plenty of surprisingly large events have occurred where the perils were least expected. Look at the Istanbul hailstorms of 2017. Hail was never on the radar as a big risk in Turkey. Everything going back to 1999 was earthquake or flood, with the exception of a terror event in 2016. If you exclude auto physical damage, the loss wasn’t all that high, which is why PCS remains committed to a full view of physical damage from a catastrophe event, with all three of our classes of business. There was also the Fort McMurray wildfire, which, similarly, nobody expected.

“We’re ready to support the industry fully, which means being ready for ‘small perils’ to become large events.”

Interestingly, Johansmeyer also discussed the potential for ILW trading on its county-level estimates, suggesting that this may take some time to develop but could appeal to reinsurance firms and ILS funds looking to hedge