U.S. property and casualty insurers continued to benefit from increasing rates in the third-quarter of 2019, as property insurance rates across homeowners and commercial lines of business rose by 4% or more during the period. 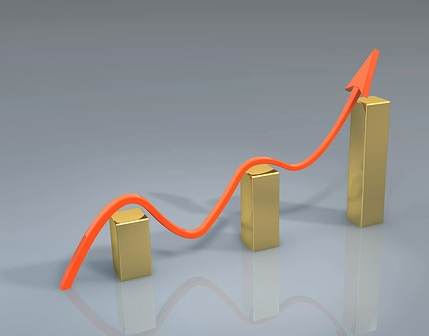 In particular catastrophe exposed lines of property business saw some of the steepest rate rises, according to the latest data from MarketScout, which bodes well for the insurance-linked securities (ILS) market at future reinsurance renewals, given the prolonged upwards pressure on primary rates will be expected to help sustain or firm reinsurance rates even further.

Of course, it’s even better news for the ILS and third-party reinsurance capital players that are partnered with MGA’s, writing insurance business directly, or sourcing primary property catastrophe exposed risks from further up the food chain.

Year-on-year, MarketScout sees commercial property insurance rates as now being up by 4.5%, while generally commercial insurance accounts of $250,000 and higher were up by 3.5% across all lines of P&C business.

Richard Kerr, CEO of MarketScout commented, “Thus far, we have had a relatively benign third quarter for property insurers. This helped slow the rapid pace of increases; however, property rates continue to trend upward.”

While at the same time, insurers continue to push higher rates through on homeowners renewals, with rates increasing across the United States, MarketScout said.

MarketScout’s composite rate for personal lines continued to rise, with rates increasing from plus 3.5% in the second quarter 2019 to plus 4.5% in the third quarter of 2019, as rate rises seemed to accelerate.

Impressively, it is the larger properties driving the highest rate of increase as well, with homeowners coverage for large homes over $1,000,000 in coverage seeing the highest increases at 6.5% on average.

“This is a notable increase and is somewhat driven by large homes in CAT prone areas such as California and Florida,” MarketScout explained.

Smaller homes under a million in value saw increases of 4% as well.

This provides further evidence that the catastrophe losses of 2017 and 2018 continue to drive rates in primary insurance, which suggests that reinsurance rates are going to see some continued upwards pressure at future renewals as well.

MarketScout CEO Kerr explained, “So far we have not been hit hard with any catastrophic losses in the second half of 2019. Had Hurricane Dorian continued on to mainland Florida as a category 4 or 5 storm, agents and brokers would really be scrambling. Even without a hit from Dorian, CAT exposed homes are suffering significant increases.”

Is the persistence of these primary property insurance rate rises down to insurers seeking payback for their losses of the last two years? Or a realisation that pricing had been discounted too far and was no longer fully covering expected loss costs?

Perhaps also there’s an element of the climatic nature of recent major U.S. catastrophe losses driving perception of the need for more rate, resulting in the more persistent increases seen in recent quarters.

Whatever it is, the fact primary property rates continue to increase, especially in the catastrophe exposed and most prone to weather regions of the country, suggests that reinsurance markets and ILS funds may also be able to sustain the rate increases they have secured at renewals so far this year and even drive further increases into 2020.