The reinsurance market evolution continues and as ever alternative capital and the insurance-linked securities (ILS) market is placed centre stage in any discussion of the disruption of traditional business models, but now that the payback model of the past has expired, a new and more symbiotic model with ILS is emerging. 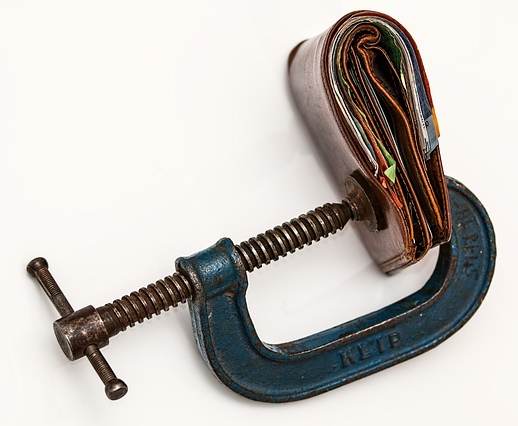 Analysts at J.P. Morgan Cazenove explore this issue in a new report, saying that the fact that payback seems no longer to be attainable in the way it used to be, at least in property and catastrophe reinsurance markets, reinsurers have been “forced” to adjust their business models to embrace a more symbiotic relationship with ILS, focus more on securing bespoke underwriting deals and proportional treaty business.

There is an element of encouragement for the traditional market here, as the new model is expected to bring a steadier revenue stream, absent the peaks and troughs of the old payback model.

The question will be whether a steadier revenue stream without the peaks offered by post-catastrophe payback pricing is ever going to deliver the returns shareholders have been used to over the last few decades where 40%+ price spikes after major industry loss aggregations were the norm?

The analysts note that if any doubts had persisted over the ability of ILS and third-party capital to bear losses, those have been dispelled by the experience of 2017 and the robust manner in which ILS funds reloaded their capital.

As a result price increases in peak catastrophe risks have been minimal so far this year and in fact price gains seen in January 2018 have in some cases begun to slide away at the mid-year renewal season.

As a result, “It increasingly appears that the “payback” model of the past has expired,” the analysts suggest.

We’ve been questioning the validity of the traditional reinsurance payback model since as long ago as 2014, as the market has been moving in such a way that the fungibility and availability of capital seemed to suggest that payback would no longer be something that could be commanded in any volume, unless the losses impacting the industry had created a significant drain on sector capital.

As we said at the time, in that near five-year old article:

Our simplistic view is that price rises post-event will always exist, but in the future these should be aligned with changing views of risk and not solely linked to a desire to claw back losses, which perhaps should and could have been mitigated by accurate pricing of risk and the use of hedging and retrocession.

An efficient reinsurance market of the future should have a much flatter price cycle, with some peaks and troughs due to events, demand and capital inflow, but significantly flatter than has ever been seen before. Changes in capital sources will be a major factor in this, but so should be technology and the introduction of new business models.

But 2017’s losses and the renewals of 2018 have provided the first really clear demonstration that the scale of loss required to force the kind of price hikes seen in the past has risen significantly and as a result payback should be considered expired or dead, as the type of events that could cause significant price hikes now would be more in the realm of a market wide correction than payback.

As a result of the disappearance of the payback that reinsurers were used to, the traditional market has been “forced” into this symbiotic relationship with ILS, the analysts explain.

But the results of a shift towards a new business model, more reliant on ILS and without payback, is that the peaks and troughs will be flatter, resulting in, “An earnings stream emerging that should show less cyclicality than in the past,” which leads the analysts to say that the valuations of the big four reinsurers remain attractive.

Interestingly the analysts focus on the symbiosis with ILS as a manifestation of its greater use for hedging and retrocession.

We’d actually suggest that the symbiotic relationship with ILS on the hedging side had emerged four or five years ago, as catastrophe bonds and collateralised reinsurance became staples of almost every major reinsurance and retrocession program.

The symbiotic relationship that we see between reinsurance firms and ILS is now on three fronts:

The analysts expect that reinsurers in the P&C world are now set to experience structurally “lower returns with greater predictability,” given their shift to using increasing amounts of ILS capital, alongside the structuring of bespoke and complex deals and increased use of proportional treaties.

On ILS in particular the analysts say that, “Because it is increasingly used as a source of risk mitigation by traditional players, which we believe suggests an earnings stream with less volatility than has been seen in the past.”

In terms of where reinsurers are shifting their focus towards, it bodes well for the ILS fund market.

The analysts say, “Fortunately for the traditional players, net exposure to natural catastrophe risks has been falling, and we believe this recent experience will result in a continued focus on other activities, such as proportional reinsurance, tailored transactions, and other specialty markets which may prove more difficult to disrupt.”

Of course the natural catastrophe risk exposure is where many major reinsurance firms made the lions share of their profits for many years. But now with their capital no longer the most efficient or appropriate location for many peak risks to sit, it suggests that the ILS fund and investor market will strengthen its hold on these core areas of risk transfer business.

For reinsurers there is likely to be a “reduced ability to over-earn in benign years” but long-term a more predictable stream of earnings, with “less pricing cyclicality.”

It remains to be seen how reinsurers adjust to these new earning streams and whether all companies will be able to sustain their businesses with them.

For the very largest reinsurance firms the evolution of their business models have been underway for some years and as we’ve explained before the likes of Munich Re are refocusing and repositioning themselves, to concentrate on core areas of expertise in risk management, risk transfer and risk bearing, alongside newer developed focuses on technology.

The transition will not be easy for all and it is the largest players that likely have it easiest, given their globally diversified models enable them to continue to dominate many markets, while at the same time having the scale and expense base to experiment with how best to innovate and generate new sources of revenue.

Smaller reinsurers and the likes of some Lloyd’s syndicates may find this quite a task and survival is by no means assured for all, as the realisation that their capital no longer always supports the core business they once underwrote really sinks in.

The fact anyone was surprises when the ILS market reloaded after the 2017 catastrophes remains had to understand. ILS had clearly demonstrated its appetite and ability to pay its losses over previous years and the sophistication of the market had shown it would not be “surprised” by major losses when they occurred.

But the 2017 catastrophes did provide the test that was perhaps needed, to demonstrate the staying power to those that had yet to buy in completely to the structural efficiency and staying power of ILS.

The analysts explain, “By all accounts the ILS industry has come through this period with its reputation enhanced – losses have been settled and in many cases paid without unexpected complications, and the buyers of protection have shown no reticence in continuing to see ILS as an effective and successful method of ceding risk.”

This provides the stimulus required for ILS to now pursue its next phase of market growth, something we’ll be discussing at our next New York conference.

While the ability of ILS markets to recapitalise and trade forwards had been questioned, the market demonstrated that it was always ready for this and as the analysts note “the industry was extremely quick to raise new money.”

The analysts now see ILS as an “established provider of capital” to reinsurance, not just a disruptive force anymore.

Importantly they note, “Moreover, it appears willing to supply this capital, even post loss, with a lower return expectation than the traditional reinsurers can sustainably tolerate.”

This is the crux of the issue, that ILS investors typically have a lower return hurdle than a traditional reinsurers equity balance-sheet, over the longer-term.

Take away the payback that regularly boosted the reinsurers returns on equity, over the longer-term, and it becomes tough to see how they could ever have sustained the status quo business models of the past without significant refocusing onto areas offering new revenue streams.

The symbiotic relationship with ILS that has now emerged is just one area of new revenue, if you look at all three of the fronts on which traditional reinsurers now engage with ILS capital.

Hedging alone doesn’t cut it, as all that does is shift more risk to the ILS market and although it helps to smooth reinsurer returns it is not delivering any new revenue streams.

Reinsurance companies have to work out how to make third-party capital and institutional investor interest in insurance-linked opportunities work best for them, augmenting earnings while not shifting them to others, enabling greater market presence while not offloading share.

Then reinsurers need to answer the question whether that new model is adding sufficient incremental benefits to replace what they may have lost through the structural changes to reinsurance underwriting returns.

Hence the shift of the reinsurer business model to transactions or services that enable them to truly display their depth of expertise and get paid for it, while solving customer problems and demonstrating their ability to develop and sustain long-term client relationships, is absolutely key.

The way forwards for the traditional reinsurer is strewn with challenges, strategic decisions to be made and the future is uncertain.

However the availability of capital to support future business models, the sophistication of technologies that can be adopted, and the desire of clients to become long-term customers of those that really help them solve their problems, all offer promise that means reinsurers as a segment are here to stay, just not quite as we knew them even two decades ago.

This symbiotic relationship with ILS is likely to evolve over time as well and we should expect more surprises, as third-party balance-sheets that provide risk-linked returns to an institutional asset class of investors become an embedded feature of risk transfer markets more generally.