PartnerRe said to contact EXOR, as it seeks to salvage a deal

Reinsurance firm PartnerRe is reported to have reached out directly to Italian investment holding group EXOR S.p.A. and is said to now be willing to negotiate directly with the Agnelli controlled group for the first time. 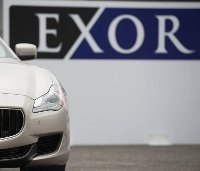 According to Reuters, PartnerRe’s Board has now approached EXOR directly to arrange discussions about the investment group’s all-cash offer for the reinsurance firm.

Sources told Reuters journalists that PartnerRe reached out in recent days, but that EXOR has put the ball firmly back into the reinsurance firm’s court and is waiting for the Board to come forward with a proposal and terms of agreement, on which any discussions could be based.

The report is perhaps a sign that PartnerRe’s Board now feels it needs to salvage a transaction, having rubbished the EXOR deal repeatedly over recent weeks, accusing the investment group of offering a deal that was lacking in certainty and had inherent risks.

After EXOR upped it’s offer to $140.50 per PartnerRe share, the reinsurance Board said that it acknowledged that EXOR’s deal could be superior and said it would be willing to enter negotiations. However it also said that it continued to recommend the amalgamation deal with AXIS Capital to its shareholders, suggesting it had no intentions of reaching out proactively.

Following the three proxy voting advisory firm opinions, that have been released in recent days all recommending PartnerRe shareholders vote against the AXIS deal, it’s possible that the PartnerRe Board now feels it needs to be more proactive in order to salvage a transaction.

Repeatedly knocking the EXOR deal could have resulted in the Italian investor walking away, which with shareholders increasingly likely to vote against the AXIS deal on August 7th, could have left PartnerRe with no partner in this M&A dance.

Of course, it’s impossible to confirm the Reuters report, but it would make sense for PartnerRe’s Board to become more approachable. The Board itself has been accused of being slow to respond to EXOR’s offer, which the proxy firms see as superior, and had its conduct throughout the process questioned.

For the Board it may be time to see what can be salvaged for the reinsurer and its shareholders.

– ISS tells PartnerRe shareholders not to vote for AXIS merger, plus EXOR’s response.