Over $1.5tr of property value at risk of hurricane storm surge: CoreLogic

Analysis from global property information, analytics and data-enabled service provider, CoreLogic, reveals that almost 6.9 million homes along the Atlantic and Gulf coasts, with a combined reconstruction cost value (RCV) of over $1.5 trillion, are at risk of hurricane storm surge inundation. 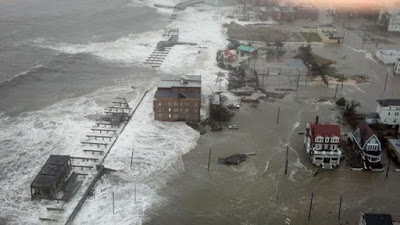 CoreLogic has released its 2017 Storm Surge Report, which reveals that a similar number of homes along the Atlantic and Gulf coasts are at risk of damage from hurricane storm surge inundation as that seen in 2016. The 2016 report claimed that more than 6.8 million homes were at risk with a total RCV of just over $1.5 trillion.

Interestingly, CoreLogic’s 2015 Storm Surge Report showed that 6.6 million homes were at risk with a combined RCV of around $1.5 trillion, so while the number of homes at risk of storm surge inundation has risen along the Atlantic and Gulf U.S. coasts, the total RCV has remained relatively unchanged, according to CoreLogic’s analysis.

Commenting on the findings of the 2017 report, Dr. Tom Jeffery, Senior Hazard Scientist at CoreLogic, said; “Despite the fact that this year’s hurricane season is predicted to have fewer storms than last year, it doesn’t mitigate the risk of storm surge damage.

“As we’ve seen with past storms, even one single hurricane at a lower-level category can cause significant damage if it makes landfall in a highly populated area.”

The impact of hurricane-induced storm surge is mostly dependent on the intensity of the hurricane itself and also the location of where the surge takes place, although increasingly arguments are being made for rising sea levels and other contributing factors could be driving greater severity and frequency of surge events.

Should the storm surge occur in a highly populated area, as noted by Dr. Jeffery, it can often be that the damage from the surge is far more costly that the actual storm itself, further supporting the need to better understand and model storm surge risks around the world.

Most U.S. named storm and hurricane catastrophe bonds, a complete list of which can be found in the Artemis Deal Directory, are exposed to losses due to storm surge. And in more recent times, perhaps underlining the increased understanding of storm surge as a peril, stand-alone storm surge catastrophe bonds have come to market.

The most recent being MetroCat Re Ltd. (Series 2017-1), which provides $125 million of protection against New York storm surge and earthquake risks.

Furthermore, ILS investors and funds are increasingly exposed to storm surge within property catastrophe reinsurance programmes, which, combined with catastrophe bonds, both stand-alone and that include storm surge, ensures the ILS sector’s exposure to storm surge is on the rise.

At the same time, storm surge modelling and understanding has increased across the risk transfer market, and combined with research into the phenomenon, such as this from CoreLogic, adequate storm surge solutions should have a better chance of being effective.

Texas and Florida, explains the report, have the longest coastal regions and therefore have a greater number of homes at risk than other states. Florida has just below 2.8 million homes at risk to storm surge inundation, and Texas has a total 563,000 homes at risk.