Only a “trickle of alternative capital” expected: Hiscox CEO, Masojada

The market should not get too excited over the prospects of new capital flowing in following the heavy third-quarter losses, according to Hiscox CEO Bronek Masojada who says that rather than a “wall of capital” flooding in, we should only expect to see a “trickle of alternative capital.” 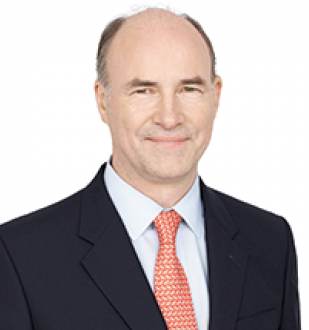 Masojada’s company has been among the most bullish on the potential for price increases in the wake of losses including hurricanes Harvey, Irma and Maria, as well as the more recent California wildfires.

Hiscox said that it would increase its stamp capacity at Lloyd’s of London by around 45%, forecasting a “widespread market turn” in pricing across most of reinsurance and some insurance lines.

Masojada said that the company is already seeing this, explaining that while, “Some believe our industry will shrug off the heavy cat losses, and that new capital will flood in. They’re wrong, which is why prices are already rising.”

While some believe that the industry can shrug off the impact of recent events, Masojada and Hiscox believe the hit to re/insurers balance-sheets has been more severe than many expected, meaning that prices are set to rise broadly in their view.

“Some people think our industry will be able to largely shrug off these catastrophes, with no impact on insurance, reinsurance and retro prices,” Masojada commented. “Their rationale is that the expected $80 billion to $120 billion of losses only constitute a knock to the industry’s earnings or that a “wall of capital” is waiting to rush in.”

Here Masojada says that he disagrees, adding that, “I believe these events will hit many companies’ balance sheets and that only a trickle of alternative capital will come in.”

He explains that so far company reports from insurance and reinsurance firms have included total third-quarter cumulative losses of around $37 billion, while ILS funds are estimated to face losses of somewhere around $10 billion as well.

“This takes us quite a way towards an estimated industry loss of $100 billion. This would be quite a hit of at least 20% to the circa $500 billion of insurance capital exposed to North America, and we know there will be volatility at a company level,” Masojada explained.

Hiscox believes that the hurricane losses will prove a capital event for numerous players in the insurance and reinsurance industry.

The company analysed 2016 full-year returns and then layered on top the company losses from hurricanes Harvey, Irma and Maria. The results being that of the 34 companies Hiscox tracks, almost a third would have suffered capital losses.

“Some would have been small, but many would have had losses of $500 million or more. This is real money and will affect these companies’ leadership and underwriting approaches,” he said.

Those who didn’t suffer such large losses were the more diversified players, such as Hiscox, Travelers or Chubb, he explained, adding that, “Knowing those companies’ leaders, I doubt they will accept their still-material loses with a shrug. They too will be looking for price rises and payback.”

Add on the more elevated level of attritional catastrophe losses in 2017, including the California wildfires, and a continued deterioration of casualty losses and Masojada believes all the ingredients are there for prices to rise.

At the same time, Masojada expects demand will increase and that deductibles and retentions may come down among buyers.

“Sellers’ higher price expectations combined with greater demand from buyers will consolidate price rises. We are already seeing some evidence of this, particularly in loss-affected and loss-exposed US property lines, with rate increases of between 10% and 50% and sometimes more,” he continued.

Masojada also said that trapped collateral, where ILS funds have to collateralise contracts that might be impacted by losses, “could tie up as much as an additional $10 billion.”

So that would make the ILS fund market loss of capacity as much as $20 billion at the January 1st renewals, Masojada said, adding, “This is a substantial amount of money to raise, and remember that a big chunk of it has to be here by 1 December so that it can be deployed to support 1 January underwriting.”

He continues to explain, “It is also important to bear in mind that people manage money, not computer models. If you bought shares in a company and then watched their value fall by 25%, how would you feel about doubling up on your investment? I don’t believe fund managers who have just lost a lot of money on these hurricanes will double down that quickly. Some will replace what has been lost or side pocketed, but I do not see this happening immediately and newcomers will likely put small amounts to work first, and then increase their investment over the next two to three years. So I believe that we will see a trickle not a flood of new money into the industry.”

It comes down to supply and demand, Masojada believes. That at a time when the traditional reinsurance industry takes a capital hit, the alternative market faces a significant capital erosion, while demand is also on set to rise, the “combination of reduction in supply and an increase in demand which means that pricing will go up and needs to go up.”

Masojada closed, “Talk is cheap, words even cheaper. We will soon see the forces of supply and demand at work as all industry participants have to put their money on the table.”

The forces of supply of capital and demand for risk transfer are set to drive market pricing at 1/1 2018, that’s a given.

But whether the price increases will be of the levels some might be searching for remains to be seen and alternative capital from ILS funds and collateralized vehicles is going to play a key role in dampening pricing, we believe.

Capital raised by established ILS players in the wake of the hurricanes is already surpassed $5 billion, we would estimate from conversations we’ve had, with the other $5 billion of lost capacity likely to be raised in time for January.

Whether all trapped capital can be replaced remains to be seen, but we understand a number of the larger ILS funds are working to ensure they have capital sources available to go into January bigger, rather than smaller.

Additionally, there are a number of retrocession start-ups and other ILS fund initiatives that are raising capital for 1/1, while reinsurer sponsored third-party capital vehicles are also likely to come back bigger for the renewal in many cases, we understand.

Add to this the expectation that some traditional reinsurance players may look to underwrite more retrocession and U.S. property cat exposed business at the renewals and it’s easy to see that capital may be very focused on the very areas of the market where the greatest price increases had been hoped for.

But it is clear that there will be price rises and to be frank these are warranted, as in a lot of cases pricing has been driven down by competition and the appetite to maintain underwriting portfolios in recent years. So there are areas where severe losses have been suffered and where pricing is not commensurate with the risk, all of which should see decent increases in price.

But while alternative capital and ILS may not mobilise a “wall” in time for January 1st, we believe it will be more than a trickle (in fact already is).

The dynamics of investor risk appetite, return requirements and ability to operate at a much lower expense, does mean that ILS capacity will remain a key player at 1/1, with the catastrophe bond market in particular having a chance for growth, we believe.

Whatever the outcome at January 1st, it is certain to be one of the most interesting (and likely late) renewals we’ve seen in a number of years.