On complex renewals, non-concurrency & the need for tech in reinsurance

The January 2021 reinsurance renewals were a more complex affair, which resulted in a trend to more non-concurrency in placements, according to broker Guy Carpenter. Which we believe suggests a need for the reinsurance market to embrace modernisation in the renewal process sooner, rather than later. 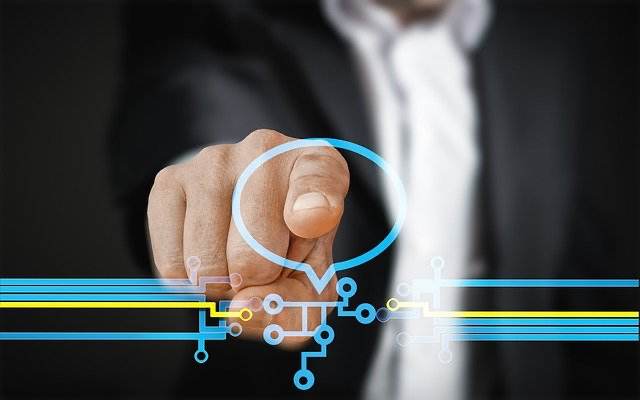 Despite an earlier start to the January 2021 renewals than would normally have been seen in the reinsurance market, which it seems was both a response to the pandemic and remote working conditions as well as an expectation the negotiations would be more challenging, Guy Carpenter reports that the quoting process was slower and more complicated.

While the renewals saw abundant capital levels, that eventually served to moderate the reinsurance rate increases achieved, there were a lot of dynamics that continue to point to the need for modernisation across reinsurance renewal market processes, it seems.

Yes, negotiations have been robust and contract terms and wordings come under increased scrutiny, but signings ended up being later than average, despite appetite from markets to deploy their capital.

This, alongside a slower quoting process and the fact getting to firm order terms was more challenging and complex than in recent years, all suggests the market needs to adopt technology that enables the renewal cycle to move online as soon as possible, to enable the process to be smoother and quicker.

This is especially important now that second and third waves of the pandemic appear to be impacting many regions of the world, with the United Kingdom now back into a national lockdown and the United States seemingly coming under increasing pressure to strengthen restrictions.

Which, alongside the slower than hoped for pace of vaccine roll-out, suggests the reinsurance market may be dealing with remote working under these conditions for a good deal longer than perhaps anticipated at the start of the negotiations for the January 2021 renewals.

The reinsurance market has responded admirably to the challenges to its working posed by the global pandemic. But it seems a lot more can be gained by taking reinsurance placements onto digital platforms more quickly.

Not least this can solve some of the complexity issues, bringing quoting earlier and making that whole process to get to firm order terms much more efficient and transparent.

But ultimately, this could also help to reduce the manual process surrounding non-concurrent placements (which is highly inefficient right now), moving to an intelligent system of matching risk to capital based on bids made to assume it.

It’s not that concurrency is always required, just that there are far better and more tech-driven ways to solve for the matching of risk to capital and dealing with allocations.

We’ve even heard of certain program placements being sliced and diced (and juggled around) so much, that confusion reigned and markets had to enquire again and again as to what allocations they were getting.

Which all comes down to enabling intelligent allocation of risk to capital, sitting at the end of a workflow that supports more effective communication and negotiation, right from the start of the renewal discussions through to the ultimate finalisation and signing of contracts.

The reinsurance industry can benefit significantly by moving the more complex, easily digitised touchpoints of this renewal process online as quickly as it can.

Which could help the industry manage a more challenging renewal much more effectively and could also respond to the new reality of shorter market cycles and much faster rate movements in response to them, both up and down.

At the January 2021 renewals, Guy Carpenter notes that a “wide range of views on contract language and structure options drove increased non-concurrencies as compared to typical recent renewal years.”

GC notes that the fact submissions came to market earlier than normal helped to alleviate some of the problems, but in 2021 the reinsurance industry should really have moved beyond some of these issues through its use of technology and in a shift away from overly manual placements.

There’s a lot to gain from making reinsurance placement more intelligent and digital, not least capital efficiency, reduced costs and more accurately matching risk with the right sources of capacity.

When the market is more challenging, as has been seen at this renewals, we’d hope that ceding companies, reinsurance markets and also brokers can all agree that more needs to be done to streamline the renewals process.

Embedding the right technology into the renewal workflow is now key and should be seen as a differentiator by investors in the reinsurance sector.

Reinsurance has for too long been an industry where, despite significant use of advanced technology behind the scenes in support of underwriting and claims, has neglected to bring advanced technology up-front into the key business process of renewals.

The experience of 2020, when renewals were more challenging, and now 2021 may stimulate an increasing shift to less manual renewal workflows, we hope.

Not embracing technology in the renewal process workflow soon could result in them becoming increasingly complex to handle manually, as cedents and markets both become increasingly sophisticated and also demanding.

Less manual renewal workflows powered by advanced technology can reduce some of the complexity in the process. Making the reinsurance placement more effective and efficient, ultimately reducing the cost of coverage (by lowering expense and adding capital efficiency) and helping markets deploy capacity more intelligently, benefiting all reinsurance market participants.

The technology exists to achieve a more frictionless reinsurance renewal process, it just needs to be embraced and the various pieces put together with smoother internal workflows at cedents, brokers and markets.

While this may not happen quickly, we do feel the 2020/21 experience and the now more remote nature of the global reinsurance market is only going to increase the push for more efficient and effective working practices, to the benefit of everyone involved and eventually the insurance consumer as well.

Don’t get me wrong, this isn’t about trying to shoe-horn the reinsurance market into a single tech solution.

One-size-fits-all is unlikely to work and could also result in “lock-in” to technologies that eventually become a legacy issue for the industry (we’ve all seen that before and the industry is still dealing with it).

It’s also not about brokers relinquishing control, as their participation and facilitation of reinsurance renewals remains vital and the broking community has done a good job of managing the shift to remote working practices.

This is about picking the best-of-breed solutions, for different touchpoints of the reinsurance renewal market cycle (be they from start-ups, carriers, brokers etc) and cleverly bringing them into your own workflows, to smooth the entire process for yourself by using the solution that works best for you. Needs are different and each will need different tools that smooth the bumps and fill gaps in their own internal process and how they interface with the wider marketplace.

The reinsurance market has a lot to gain by embracing technology and redesigning its workflows, also products as well. It’s going to make for an interesting few years and now we have a few greenfield companies with no legacy in the market I’d put the onus on them to come up with new ways of working that show incumbents there can be a better way.