Non-traditional capital, managed by insurance-linked securities (ILS) funds or by more traditional underwriters, has “cracked the moat” of the Lloyd’s insurance and reinsurance market and is unlikely to leave, but it’s still not clear the market has developed its strategy on how best to take advantage of it. 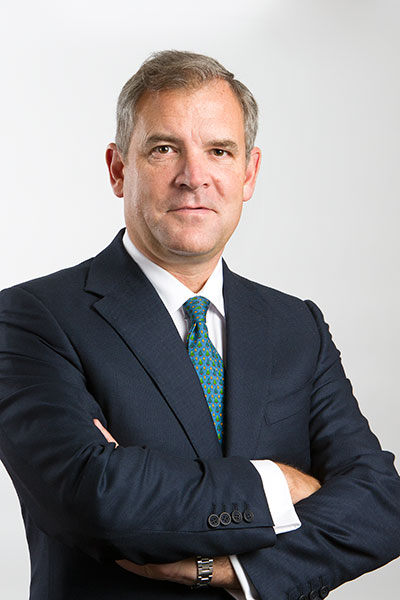 Speaking at Lloyd’s recently, Chairman of the market Bruce Carnegie-Brown said that it is now down to underwriters to find ways to make alternative and ILS capital work to their benefit, or essentially risk having it eat their lunch.

“I don’t think non-traditional capital is going away. It may go up and down in terms of its level of appetite for insurance risk, depending on whatever risk it can take in other capital markets. But, I think they’ve largely cracked the big moat that we had around insurance,” Carnegie-Brown explained.

Adding, “I think they have come to grips with the improved modelling that we have in our marketplace, the improved accuracy of data, and improved comfort with the fact that it’s a non-correlated asset class.

“So they are here to stay and what any good market should do is embrace that capital.”

Carnegie-Brown highlighted some issues he sees in the Lloyd’s market, not least of which is the business model of having lead and following underwriters.

“I think there’s a big problem in the way that we reward leaders in our market versus followers,” he said, adding “The returns in the Lloyd’s market and in fact the broader insurance market are the same, whether you’re a leader or a follower. The challenge that gives us is that there’s no differential in return for people who invest in innovation and market leadership.

“If you can get the same returns by being a follower as by being a leader, what’s the point.”

Carnegie-Brown then implied that he sees ILS capital as a largely following market, saying, “I think non-traditional capital has figured that out. They come into our markets and they piggy-back off the intellectual capital of the marketplace that we have and they get the same return as people who invested in all the infrastructure, the technology, the analytics, the data, and the history of understanding risks in our marketplace.”

ILS fund managers who operate in the Lloyd’s marketplace and beyond, with their own underwriting teams, analytics and analysts, modellers, technology and data, would perhaps disagree here.

As too might some of the more sophisticated end-investors in ILS, such as pensions who are building out their own expertise and would seek to be market leaders, rather than followers.

Seeing third-party capital as solely a following market is perhaps part of the reason Lloyd’s has failed to embrace ILS capital as fully as it should have.

In fact, the following issue is just as prevalent in the traditional market at Lloyd’s, given there are so many smaller underwriters that cannot lead a line-slip.

But, Carnegie-Brown is absolutely right in one respect.

Lloyd’s market participants have to work out how to get paid commensurate with the effort and expertise they put into originating, analysing, pricing, structuring and underwriting a risk.

As we’ve said before, survival, in this market, is all about the value you bring to the chain.

If that value isn’t evident, demonstrable, repeatable and possible to be monetised, then perhaps your role in the value chain is becoming (or should become) obsolete.

Carnegie-Brown feels the Lloyd’s market needs to become more open to new forms of capital, but wants this to benefit the incumbents of the marketplace.

He explained, “Too many people, when they get in the Lloyd’s club, say right, now I want a wall around it. Can we dig a moat and put some alligators in there and not let anyone else in?”

“That is not a vibrant market,” he continued “A vibrant market is a place which attracts capital and it is a place where people want to bring their risk. I think we have to find a way to harness additional capital into the market, but in a way that rewards the market’s own intellectual property.”

This doesn’t quite cover the fact that, more often than not, this additional capital can also come loaded with its own intellectual property.

Perhaps what Lloyd’s should do, for the good of its end-customers (which is really where the benefits need to flow), is encourage the best capital with the most expertise and intellectual capital into the marketplace and if that pushes out some old following markets that aren’t adding much value, then so be it.

Carnegie-Brown went on to discuss the fact that he sees the opportunity for Lloyd’s and its participants being in “passive capital.”

“One of the ways you can do that is to be a manager of this passive capital. Passive capital can have a lower return on capital requirement, but the profit and fee income we can earn from managing that third-party capital can enhance our returns within the market. We ought to be taking some of those returns and recycling them in innovation in order to promote the leadership of what we do in the market and globally,” he said.

That’s valid and a way of generating higher returns for players at Lloyd’s, while also enabling them to deploy more capacity with the backing of lower-cost third-party capital investors.

Some syndicates are already doing this effectively, utilising capital from investors who only want to be passive.

But in a market where capacity is shrinking for 2019, it seems the real opportunity for Lloyd’s would be to open its doors to underwriting houses that come loaded both with expertise and efficient capital (so not passive), letting them compete with incumbents on a level playing field.

For that to happen the costs and barriers to entry need to be lowered at Lloyd’s, perhaps a bridge over this moat would help.

As we’ve seen in recent weeks, it’s just not a viable market for come ILS players anymore unless they can get full access through their own syndicate platform. While the costs and effort of setting that up remain significant, too significant for most.

The call from Carnegie-Brown is for Lloyd’s traditional markets to make greater use of third-party capital, to boost their own earnings, a valid and important point for them all to consider.

The question though is whether an aligned way can be found to make this work for the investors as well and whether the excess costs of operating at Lloyd’s can be lowered, so the returns for investors are made more attractive and the less-passive investors can play too.

← Older article AXA to increase use of ILS capacity, as it further reduces cat risk in 2019