No room for complacency around earthquake risk: ILS Asia 2021

To the reinsurance and insurance-linked securities (ILS) market, earthquake risk is one of the biggest peril threats in the world and one that the market can’t be complacent about, according to Paul Wilson, Head of Non-Life Analytics at Securis Investment Partners. 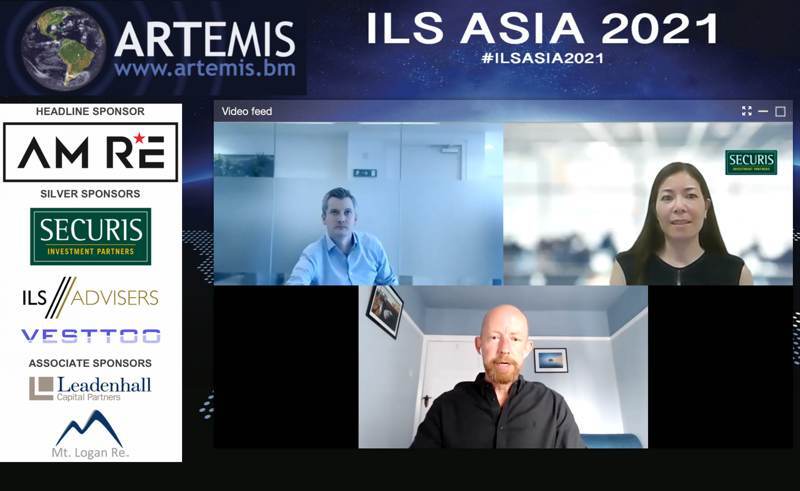 In recent years, the resilience of the ILS market has been tested by a series of natural catastrophe events.

Owing to the increased maturity of the asset class and sophistication of the investor base, losses are by no means a surprise but with events like typhoon Jebi in Japan, loss creep highlighted the potential complexity of certain nat cat events and was certainly a challenge for some.

In the aftermath of the events of 2017 and 2018, loss creep has been a hot topic in the ILS space and was also debated at our virtual ILS Asia 2021 conference, held recently in association with our headline sponsor AM RE Syndicate Inc.

The nature of recent events has meant that loss creep for ILS participants has largely been discussed with respect to wind and flood-related events, but as highlighted by the gradually increasing costs from damages caused by the February quake off the coast of Fukushima, there’s potential for loss creep to materialise from a host of perils.

Speaking at Artemis’ recent event, Wilson of Securis said that the emergence of loss creep after the next major earthquake is “absolutely” something ILS players need to be aware of.

This discussion can now be viewed on-demand here.

“I am very confident in our process, but I’m sorry to say that we absolutely can’t be complacent about earthquake risk around the world,” said Wilson.

“There are very good public data sources and public information around earthquake, and in real time for events. But we’ve seen a lot of press so far this year around the 10th anniversary of the Tohoku event, but as you say, the Magnitude 7 Fukushima event which we saw in February, the initial model loss estimates for that event were less than half a billion dollars, across most of the vendors,” he continued.

The latest data from the General Insurance Association of Japan, as of July 9th, states that insurance claims paid from the Fukushima quake now total more than USD 1.87 billion, so someway higher than the initial estimates of under USD 500 million.

But beyond this, the communication following a major quake is quite an interesting problem for the analytical process, explained Wilson.

“When a typhoon occurs, you may learn something about your understanding of the risk of that event, but it doesn’t actually fundamentally change the underlying true risk of next season’s event.

“When an earthquake occurs, there are physical processes, stress transfer, which can change the risk for the region in a physical way,” said Wilson.

It’s a valid point which can be seen with the devastating Christchurch quake in New Zealand in 2011, which was actually part of a sequence of events which started with the Darfield quake in 2010.

“We’ve actually been working with Ross Stein and his team at Temblor on integrating the work they’ve been doing, which allows us to make adjustments to our view of risk very rapidly, following on from major events.

You can watch this session of ILS Asia 2021 on-demand here.

As well as the on-demand playback, we will be archiving every session from our online and virtual ILS Asia 2021 conference over on our YouTube Channel in the coming weeks and audio versions will also be uploaded to our podcast which you can subscribe to here.

Thank you to all of our valued sponsors, details of which you can see below. Please email us to discuss sponsorship of future Artemis events.