No impact expected to Azzurro Re I cat bond from quake: Plenum

The magnitude 6.2 earthquake which struck the Umbria region of Italy overnight is not expected to be strong enough to trigger the Azzurro Re I Limited catastrophe bond, according to Zurich, Switzerland based ILS fund manager Plenum Investments. 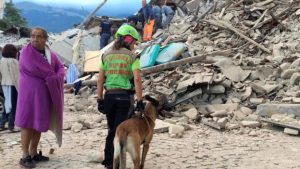 Specialist catastrophe bond and insurance linked securities investors Plenum Investments explained in an update that the M6.2 earthquake, which struck at around 03.36am local time this morning at a relatively shallow depth of 10km, is not expected to pose any threat to the Azzurro Re I cat bond.

The 2015 Azzurro Re I Limited provides €200m of collateralised reinsurance protection to insurer UnipolSai Assicurazioni S.p.A. and features an indemnity trigger, with payouts due on a per-occurrence basis from an attachement point at €500m of losses to UnipolSai up to an exhaustion point of €700m.

However, Plenum explained that no earthquake in the last 160 years would have caused a loss to Azzurro I Re, according to the risk modelling data and that the most recent major quake, the 2009 Aquilo event, “caused losses that where less than 2% of the amount required to trigger the bond.”

“Based on the currently available information, the event of this morning will result in losses well below the l’Aquila event. We therefore do not expect a negative impact on the potentially exposed bond,” Plenum explained.

The Azzurro Re I cat bond is relatively remote risk and the risk is largely concentrated in the northern regions of Emilia-Romagna, Lombardia and Veneto.

So it seems the Azzurro Re I catastrophe bond may be safe. However ILS fund managers and investors will remain on watch for developing industry losses, in case any collateralised reinsurance, private ILS or retrocession structures are exposed to the earthquake.

Read our earlier article on the earthquake here.